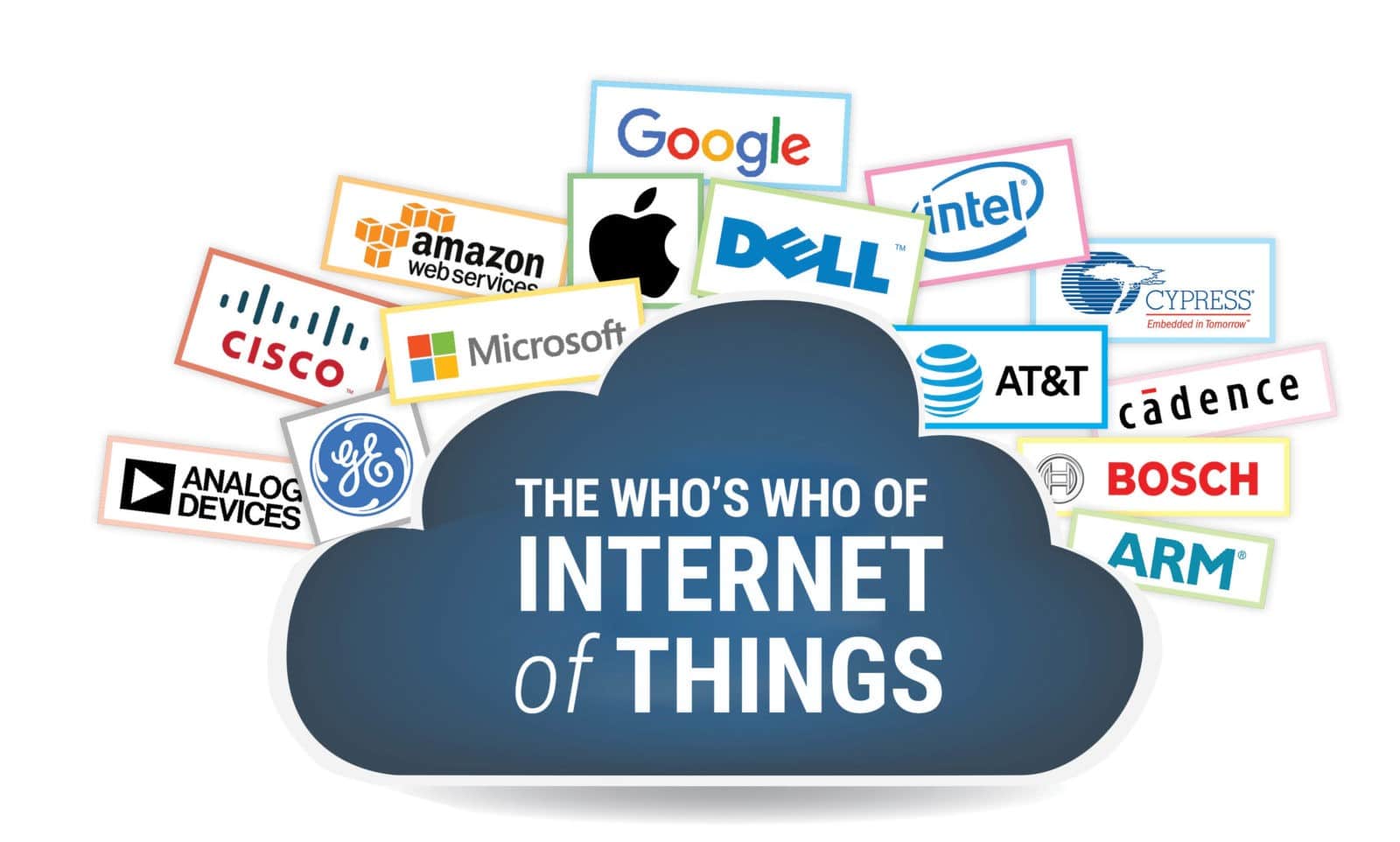 IoT brings together various faculties of digital technology. Therefore, a vast variety of organisations are offering solutions here. This list is an attempt to put together the Who’s Who of this emerging industry, and provide a glimpse of what they are offering…

TIP: If your firm is offering IoT-related solutions, and you want it to be featured here, please shoot us an email at iot@efy.in

Apple has an emerging ecosystem of Internet of things (IoT) services, the popular ones being its platforms for smart home, smart health and connected car.

ARM offers a diverse range of processor IPs to address the requirements for the plethora of IoT and wearable devices. In July 2016, Japan’s SoftBank acquired ARM to capitalise on the growth of the Internet of things.

• An example of the firm’s Cortex-M3-based MCU solution is STMicroelectronics’ STM32 MCU family, which has been used in wearable products such as the Fitbit Flex activity tracker and the Pebble smartwatch.

• To speed the creation and deployment of IoT solutions, the firm offers the “mbed IoT Device Platform” which is based on its power-efficient ARM Cortex-M MCUs, making it popular for developing smartwatches and wearables.

• In 2015, ARM bought Israeli IoT security firm Sansa Security to expand its offer hardware and software-based security capabilities for protection for sensitive data and content on any connected device.

• In May 2016, ARM acquired a computer vision firm Apical to accelerate its growth into IoT applications such as connected vehicles, smart cities and security systems.