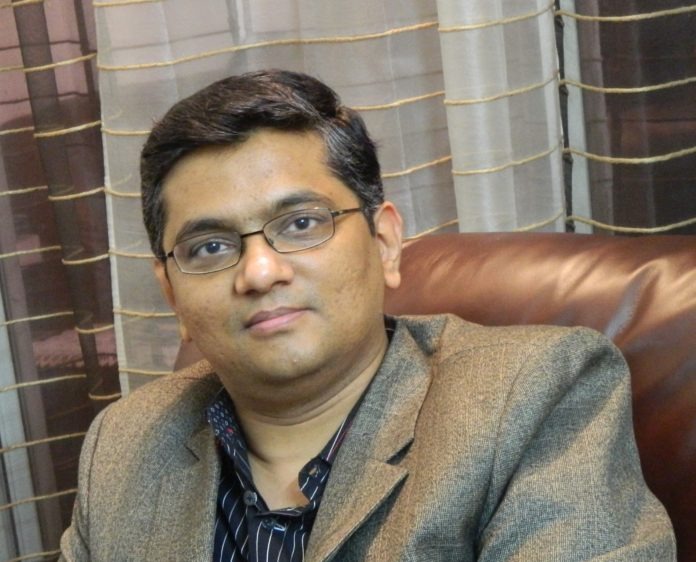 Shivesh Vishwanathan, Senior Consultant (Mobility) – Technology Consulting Group, Persistent Systems, speaks to Janani Gopalakrishnan Vikram about what is consumerware, how it is different from plain mobile apps, the relevance of consumerware to the IoT, and suggestions for developers aiming to build such consumerware. He will be speaking at Electronics Rocks about how engineers should bring in ‘applications thinking’ to their IoT product.

We’ve already spoken about Consumerware in an earlier interview, but if you were to capture its essence in a sentence for our readers, what would it be?

Consumerware refers to the consumerization of software, and gets software into a huge range of devices, such as consumer white goods, watches, glasses, home automation systems, cars, conference rooms and many more devices and spaces.

How is Consumerware relevant in the Internet of Things era? Will the former drive the latter or vice versa?

In very broad terms, any connected consumer device runs consumerware, and that is the starting point for the IoT. The key characteristics of consumerware – context awareness, content-centricity, always-on, transformational states and others – are all present in IoT devices. IoT has been made possible by a lot of innovations in hardware and will be further fueled by easier availability and commercialization of boards etc., which is revolutionary.

IoT of the future, however, will be one of the most powerful use-cases and manifestations of consumerware. Consumerware applications will drive IoT further in popularity and value creation for users.

There are myriad mobile applications seen today. Is Consumerware different from these – if so, can you point out three key differences?

Mobile applications are today the home of consumerware, although a lot of them are still grasping the magnitude and full impact of consumerware. If I were to given an analogy, mobile apps today are what the web was in its 1.0 stage – powerful, but still not fully exploited. Web 2.0 brought in aspects or was complemented by social, in-place refreshes, service-oriented architecture etc. Consumerware is also bringing in similar aspects to mobile devices and the zillions of consumer devices I mentioned earlier. The potential of consumerware is virtually limitless. So, consumerware is not different from the current mobile software. It is just underexploited, but evolving very rapidly.

What are the three golden rules you would suggest to developers building Consumerware?

While everyone talks about apps on the mobile devices, apps are just final manifestations of a lot of disparate systems coming together at the backend. They might be single-purpose apps and seemingly small and cute, but they touch multiple systems on the backend to bring in that simplicity to the user. So, the first rule is that consumerware developers need to be highly aware of the backend functionality, integrations, Cloud-based platforms, service-based models, social connections etc. to create the required experience on the client.

The second rule is to be cognizant of where the value resides in the product they’re building. Is it data and analytics, partnerships, premium features, content sourcing, services or something else? This is a very new and emerging area, so understanding where the real value resides is critical.

The third rule, and perhaps the most challenging one, is to think very differently about how to slice and dice the functionality for the end-user. Since web is the predominant platform today, it is natural for consumerware developers to fall into the trap of providing the web functionality as it is on these new-age devices. The result is that you see complex web-like forms, tables, apps etc. on mobile devices and televisions today, which are quite suboptimal. Indeed, you sometimes see entire web-based systems coming onto mobile devices as a monolithic app. So, it is important to get the right granularity of features, and in the right way to the user, in their context and with the right interactions.

What you call as Consumerware is a class of software that many will be developing in the coming years… so what will set Persistent’s Consumerware apart from the rest?

We talk of consumerware primarily in the context of mobile technologies today, but it is actually a culmination of four different disciplines coming together. There is mobile technologies at the forefront of consumerware, but other areas are cloud technologies on the backend, data analytics as the future for business models and value creation, and social intelligence as a key enabler of services. Persistent has been focusing on these four areas (now called SMAC stack) since much before these became buzz words, and there are very few companies that understand all these four areas so well. The platforms, products and solutions that we’re developing bring in these disciplines together, and that will have a huge impact on the final outcome.

What have you planned as the key takeaway for those attending your talk at Electronics Rocks – that is, what will they learn that will help them develop better software for the IoT era?

The electronics landscape is changing fast. In addition to the widespread availability of hardware platforms for making it easier and easier to build IoT products, it is blending together with traditional software world like never before. The key takeaway for attendees is about how to bring in ‘applications thinking’ to their IoT product and creating fruitful innovation by combining software and electronics worlds.