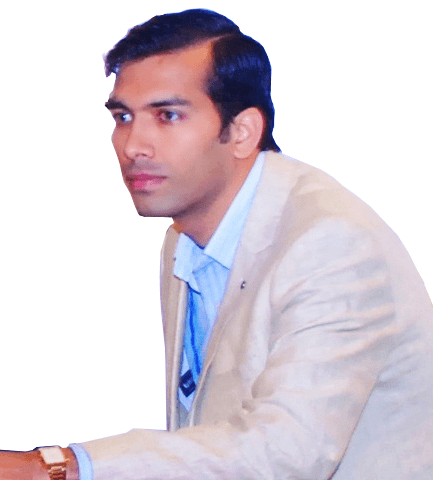 T. Anand is a principal consultant at Knewron, a technology service firm working in niche service areas of techno-managerial business solutions, intelligent systems, process re-engineering, prototype design & development and end-to-end customised solutions. He speaks to Janani Gopalakrishnan Vikram about the Internet of Things, and the essence of the three sessions he will be doing at Electronics Rocks – covering pipeline monitoring systems, the ShopSecure solution, selection of components while IoT-enabling a system, and more.

At Electronics Rocks, you will be discussing features of an oil/ gas pipeline monitoring system to show that the IoT is beyond smart watches and home automation systems. It sounds interesting. For starters, could you give us a broad overview of the physical (embedded system / sensors) and logical (information systems) components of this system?

Physical computing systems are nothing but embedded systems of some sort. These embedded computers do some work based upon preset and predefined logic. Sensors act like the eye, nose, ear, etc. of such an embedded computer. Based upon various types of sensors and their output, embedded systems act and function continuously. Now, in most of the cases, this information, so gathered from the physical world using sensors is local to the system and is used by the system for some work under routine circumstances. However, when we start thinking in terms of many such interconnected systems and making sense out of the information all of them would generate, we start working on a totally different level.

On a broad level, there are local embedded systems including sensors, which sense various environmental parameters as well as physical and chemical parameters of the pipeline. These systems would get deployed over many kilometres of pipeline at predefined intervals. All these physical computers send individual data to a central server located in the head office or oil/ gas company where the bigger picture out of multiple data-points gets visualised. The logical system part consists of a Web application that would do the number crunching job and then provide meaningful and actionable output to maintenance staff.

Per se only a sensor network may not qualify as an IoT application. Although, by definition, the IoT refers to uniquely identifiable objects and their virtual representations in an Internet-like structure (not necessarily use Internet).

However, it must be noted that anything that involves human interaction or causes to interact can no longer be called an Internet of Things. We may choose to call it an Internet of Humans and Things (IHAT?) or something like that, but surely not an IoT. So, in short, all sensor networks may not qualify as an IoT applications.

An implementation of such a system must have uniquely identifiable entities in it, which provide access to their information via some standard secure protocol to any other system or entity (including human). And another important factor; these together should serve some application that requires interconnected things (hence the name IoT).

Although this is not a comprehensive list of requirements, it covers some of the crucial ones.

So, you are claiming that the IoT does not involve/ should not cause human interaction – how is that possible? There are several IoT products, including health monitors, fitness monitors, elderly care, etc., which  involve a large amount of human interaction. Can you explain your claim?

Yes indeed ! If there is interaction between the device and the human/ user, then it is no different than whatever was existing since the last two decades. If that is the case, then we should say that IoT is in existence since the 80s. However, it is not the reality. When we add capability to a device (or devices) to interact with each other without humans helping them, then only it makes sense to call it as Internet of Things; else it is the same as human-machine interaction, which exists in its mature form even today. Now one thing must be clearly understood that humans could be beneficiaries of results or information generated, presented and transmitted by these devices, what humans won’t do here is control the devices on an ongoing basis, which will defeat the purpose of device being majorly autonomous.

I am (and many other true believers of IoT are) concerned about some people abusing this (IoT) term for marketing purposes or just like a gimmick; where it is being used irrelevantly. We all know for a fact that health monitors or fitness monitors are typical devices used by healthcare professionals; how does it suddenly become an IoT application without any autonomous interaction? GPS technology is old too and one was able to track mobile phones using triangulation method in the last two decades too; then how does a tracking device by itself becomes IoT application today? Well, it does not! For a device (or sensor) to be IoT-compatible or an IoT-based application, it should have very little or no human interaction (for its control).

I do understand that this point could be debatable amongst various technologists and that would be fair enough.

In another session, you will be demonstrating the ShopSecure security system. How does a modern security system such as this differ from the traditional CCTV monitoring systems we see widely today?

We can categorise security systems into two broad types: active and passive. CCTV monitoring is one of the passive methods. This is because CCTV by itself (besides video recording) doesn’t prevent or intimate any suspicious activity. You need a human (or some other mechanism) to interpret the feed and act accordingly. Moreover, in many cases, the recorded video feed only helps in finding out what happened! What if you want to know then and there when something is happening? What if, when something is going wrong you get an ability to act upon it in any way you can? What if, the device or system itself does it on your behalf or helps you in doing so? And, what if the system collects the data on regular basis and does some analysis for you to review and take precautionary measures?

Well, that’s where active system would play an important role. ShopSecure is one such active system we have developed, which can detect malfunctioning or suspicious incidents and report/ act accordingly.

In this context, let me ask you something else. How does one take a simple application like say traffic monitoring or building security and re-think it in the lines of the IoT era? That is, what extra technological capabilities can one build into traditional systems with the power of the IoT, and what is the starting point for a system design engineer to redesign a system on these lines?

Well, for example, consider simple automatic water level controller or traffic signal. As such they are good examples of embedded systems functioning for some utility. However, if we are to make these rudimentary systems interconnected, we first need to identify what will be the potential use of interconnecting them. If these are two totally different things or systems (such as a traffic signal and a water level controller) both may not be useful to each other. However, if there is a water level controller and a building utility meter/ management system then tying them together under the IoT paradigm makes sense. So, a system designer should first figure out operative uses of such applications and accordingly figure out what changes to make to make the system IoT enabled.

You will also be speaking on the criterion that engineers should evaluate while choosing the building blocks for their IoT application. What are the major components (building blocks) that you will be covering in this? Will you only be covering products/ components or also a comparison of protocols?

It would be fair to compare various products as well as available protocols to date. Comparative evaluation is very useful during part, protocol or system-blocks’ selection while designing.

You are doing three sessions at Electronics Rocks – which do you think will be most interesting for (a) system designers, (b) developers, and (c) students?

Session on “Enhancing Physical Systems using the IoT Paradigm” is oriented towards the business application of the IoT paradigm and sophistication associated. Another session is on “Demo – Designing an IoT Enabled Security System”. Both these sessions are based on a specific product being developed by Knewron. I reckon system designers and developers would find those more interesting as well as relevant to their job functions. Nonetheless, students can also find it beneficial as it would add different perspective in their ongoing technical education which can be useful for them in their career progression.

The third session on “Selecting Devices for IoT Applications – A Quick Reference Guide” is general in nature and could be helpful for all.

One-day Conference in Bangalore Emphasizes Education and Networking for Developers Who...