Electrical products maker Polycab India Limited (PIL) on Friday announced that it has inked an agreement to acquire 100 per cent stake in Silvan Innovation Labs, a Bengaluru company providing IoT based automation for offices, homes and other spaces.

Polycab said it will invest Rs 10.2crore to purchase the IoT firm Silvan’s shares and Rs 8crore as additional infusion on the company’s outstanding liabilities. The acquisition is expected to strengthen PIL’s R&D capabilities, post which the company would operate as a wholly owned subsidiary of PIL.

PIL said in a statement that it will use its distribution and manufacturing network to grow Silvan’s automation solutions. “Acquisition of Silvan adds new dimensions to our R&D and innovation capabilities. Its wireless retrofit system technology enables rapid upgradation of conventional FMEG into smart products. Furthermore, PIL’s vast distribution presence and strong manufacturing capabilities will be leveraged to scale up Silvan’s highly functional IoT-based solutions,” said Polycab in an official statement.

PIL chairman and managing director Inder T Jaisinghani said it is a fantastic addition to the company’s IoT portfolio. He also added that he is believing on Silvan to play significant role in achieving FMEG aspirations. 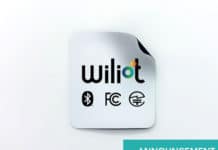 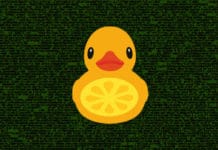 Editor Team - July 27, 2021
Wiliot, the Sensing as a Service company creating self powered chip that attaches to products to sense physical and environment data announced today that...

Abbinaya Kuzhanthaivel - July 27, 2021
A new malware ‘LemonDuck' has been targeting Windows and Linux operating systems to use their computing resources for cryptocurrency mining activities, according to a...

Editor Team - July 27, 2021
Silicon Labs announced on Monday that it has sold its infrastructure and automotive business to California-based semiconductor maker Skyworks Solutions for $2.75 billion in all...

China to Launch a Constellation of 72 Satellites for Internet of...