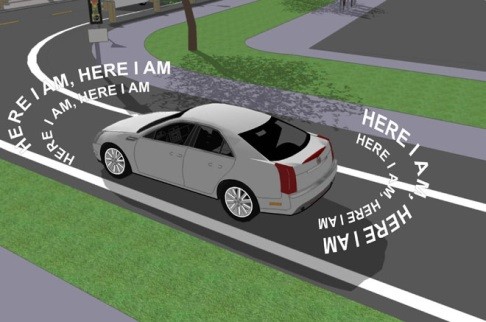 IEEE shares its views on vehicle-to-vehicle technology and driverless cars.

Q. Could you elaborate on the idea behind vehicle-to-vehicle technology and walk through some of the key technologies that can make this happen?
The world as we know now is driven by wireless technology, and having vehicles able to talk to each other on the roadways is nothing new but the next logical progression in store. There are cars already that act as hotspots and provide internet access for passengers. Vehicle-to-vehicle technology is just about allowing two vehicles that are in the proximity to be able to communicate, which is not difficult to achieve. We have short range personal networks established via Bluetooth, which is a dedicated short range communication technology. Perhaps cars would communicate through this and when they hit one of the base stations, it comes back to communicate with other vehicles. The technology seems like it is already there. It would require increasing the bandwidth and constantly improving the technology.

Q. What are the challenges on the road to driverless car adoption?
We want the technologies to come forth, but we need to be assured that the public is safe on the roads and therein lays the challenge. How are we going to achieve that? In addition, there are myriad other issues that need to be worked on. The cyber security issue has been addressed to some extent, but there are issues with privacy, data collected and ownership of that data. There are also more practical issues. All of those are being vetted and will eventually lead to a set of regulations at some point in time.

Q. How would driverless cars evolutionise?
One starts with the kinds of technologies we see today for both driver assistance and safety. Once such systems become increasingly capable, they do more and more vis-à-vis to the human driver eventually until the line between what the human and the automated driving system are doing is pretty unclear and then we get to the fully self-driving car.

Q. Could you comment on the penetration of driverless cars into today’s market?
More advanced technologies are going to start coming out in the next few years, which will make automotive segment exciting. We will see automated vehicles in our lifetime; we are absolutely going to be seeing driverless vehicles. It is probably going to be within the next five years. We are going to see manufacturers who will be selling it. In the next five to ten years, you’re going to be able to get into your car, program in your destination and it’ll just take you there without any human interaction.

Q. What are the present perceptions of driverless cars?
People are relatively concerned about how the population will accept the technology, but there are the conservative views on the legal aspect, driver acceptance and so forth. And in this short 15 years, people actually have overcome them. As this kind of technology penetrates to get into the market, people’s views are going to change and manufactures will get more aggressive to get into the market place.

Q. In the future, how will driverless cars interact with one another?
There’s a myriad of different ways to accomplish that. You can have some sort of haptic stimulation, verbal command or some visual thing that would allow the driver to be alert if they need to take over. Whatever gets developed, eventually it needs to somehow be standardized across the board so that drivers are aware that that signal means for them to take over.

Is It Possible To Write On The Cloud With “Internet Of...