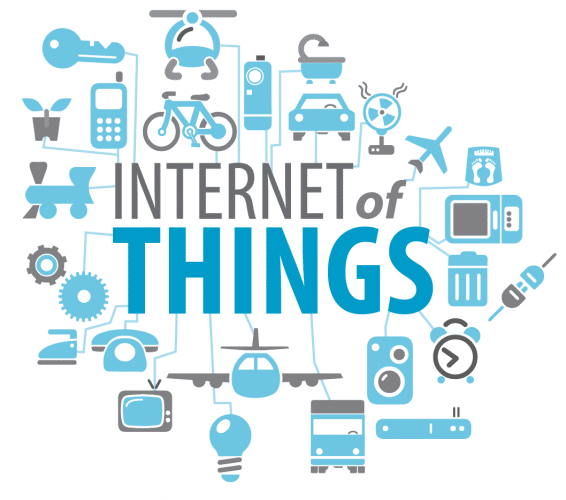 Industrial automation has advanced leaps and bounds. We have reached that point where technology enables one person to do so much more with the same effort. Where did it start, and what’s up next?

Q. Every firm seems to have their own in-house term for the IoT paradigm, before

“IOT” itself became the buzz word. What’s your favorite?

A. The term I personally prefer that is primarily used in academia is Cyber-Physical Systems (CPS). It sounds a bit techy and abstract, but it’s a tangible term. If you look at it, “cyber” actually points towards “connectedness” referring to the Internet obviously and “physical” stands for the real physical world, pointing towards the I/Os, sensors, etc., whereas “Systems” refers to embedded systems. If you take this term that way then it becomes absolutely tangible – Internet connecting to the physical world with the help of embedded systems. The National Science Foundation and the University of Berkeley coined the term in 2006 and in the same year when the very first workshop on CPS was conducted our CEO Dr. James Truchard was invited to deliver a keynote on how to build CPS with a platform-based design approach called Graphical System Design. So as you can see we have been involved with this from the very beginning.

Q. We’ve heard that fabs have had smart automation since decades. What’s the earliest form of the IoT that you have personally come across?

A. Now that is a good point. When I was doing my Master Thesis more than 20 years ago, I worked in collaboration with Phoenix Contact in Germany on a project around computer-integrated manufacturing (CIM). Many of the ideas and visions CIM pursued would be broadly called Industrial IoT today, but with the difference that at that time the Internet did not exist. So what they did was they came up with a new bus called field bus to connect field devices and PLCs to the machines on the factory floor. From this idea many of the different fieldbuses such as CANbus, Profibus, Interbus S etc. evolved. So these were more of an “Intranet” if you will with factory-related proprietary protocols that were used to connect controllers to intelligent machines. But CIM never really took off simply because we did not have the Internet at that time.

Q. What is the biggest challenge that is being faced here?

A. If you look at your cell phone, you have many different vendors like Apple, Samsung, Microsoft, Sony, HTC and others, but the devices can communicate with each other. This has created a very interoperable environment for the users and they can choose and pick the device they like and still can communicate. However, in the industrial world this has not happened yet and currently there is very little interoperability. Vendors use proprietary systems and they work within their ecosystems. So the IoT needs very different kind of business models based on openness, interoperability, etc.

Q. Could you share an exciting example of industrial automation solving problems faster in today’s world?

A. Recently the Industrial Internet Consortium (IIC) announced their first test bed for smart tools, where National Instruments is involved in along with Tech Mahindra, Bosch and Cisco. Together we are creating a track and trace test bed for smart tracking and inspection. Let me give you concrete use case of a track and trace application that we have been involved in with Airbus: A given subassembly of an airplane has roughly 400,000 points that need to be tightened down, which requires over 1,100 basic tightening tools in the current production process. The operator has to closely follow a list of steps and ensure the proper torque law settings for each location using the correct tool. Because of the manual process, human error adds a lot of risk to the production. This is significant since even a single location being tightened down incorrectly could cost hundreds of thousands of dollars in the long run. A smart tightening tool understands which task the operator is about to perform using vision to process its surroundings and automatically set the torque. And the device can record the outcome of the task in a central database to ensure the location was set properly. With the central manufacturing execution system (MES) database and the distributed intelligence of the devices, production managers can precisely pinpoint the procedures and processes that need to be reviewed during quality control and certification.

Q. What is the difference between implementing automation then and now?

A. One major change was that in the past the principles that were applied on a factory floor could be described as being strictly “master-slave” type. A lot of raw data would be collected from different devices and centrally analysed before an action was taken, whereas now we have more intelligent processing in the devices before it is passed on. The big thing with IoT will be in the services you can provide around monitoring and maintenance, and predicting before a “thing” fails. So in general we will see a big move from traditional factories to so-called smart factories, which in Germany for instance are often referred to as Industrie 4.0, the fourth industrial revolution.

Q. Could you share an interesting consumer application that you’ve seen using IoT?

A. One interesting application would be a connected autonomous lawn mower. It would mow your lawn automatically without human interaction. At the recent Bosch Connected World conference, where we also announced the first IIC track and trace testbed that I just mentioned, a version of a lawn mower was presented with which the operator could communicate. For instance, the operator would say “cut the grass,” and the machine would start the work. That is a classic example of cyber-physical systems (CPS) in action. These types of applications might be a luxury item for you and me, but for someone who is physically challenged this would be a very useful utility where the thing, which is just a small box, goes around, cutting grass. That’s a very tangible example of CPS.

Q. How about an interesting IoT example from the industrial side?

A. The high-end cars of today are great examples of CPS or the “Internet of Big Things”. They have around 50 to 70 networked ECUs that can perform a lot of functions automatically in the car, including parking. What they don’t necessarily do today is to communicate with each other and be truly autonomously functioning. But as mentioned earlier, 5G will be an enabler for this type of applications. Speaking of cars, as you know, cars are a big deal in Germany. You can configure a car on the web and they will build it for you. Now the interesting thing is that in these three or four months, while the car is being built for you, the manufacturer can exactly tell you where and in which manufacturing stage your car is at the moment. The manufacturing process is based on the vision of Industrie 4.0, allowing a certain level of traceability. It’s honestly a side effect because they originally did it so that they can plan the logistics and the production management of the car by having it connected to the ERP system. This is already happening and pretty soon we will see this entering the next level.

Video Tutorial Shows That Raspberry Pi Is Not A Toy