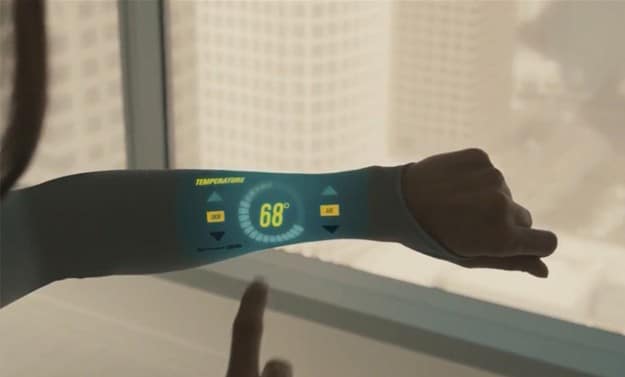 It takes more than data to get users motivated.

If you’re like me, you’ve probably bought a wearable that tracks your steps in hopes it will inspire you to walk more. And if you’re also like me, you learned quickly what it takes to reach your daily goal and started leaving your gadget collecting dust in a drawer.

This is not a unique scenario. According to Endeavor Partners, a market researcher, while at least 1 in 10 Americans over the age of 18 owns a tracking device like the Fitbit or Nike Fuelband, more than a third of those who get them abandon them within a few months. The reasons given include meaningless stats, poor design, and loss of interest.

Elizabeth Churchill, a specialist in user experience with a background in experimental psychology, is studying how to go beyond the data wearables gather to motivate people on a subconscious level to take charge of their health. She is coauthor of “Wellth Creation: Using Computer Science to Support Proactive Health,” published last November in IEEE’s Computer magazine, which can be downloaded from the IEEE Xplore Digital Library.

“Humans have complex motivational systems,” she says. “If designers of wearables don’t understand people on a holistic level, then they create devices that won’t work over the long term for the majority of users.”

The popularity of wearable trackers in the past few years is partly due to outside incentives: for example, employers providing a discount on medical insurance premiums or competition among colleagues for a prize. “These are examples of coercion in the best sense of the word,” Churchill says. But once the incentive is gone, it’s difficult for users to keep up the same level of engagement.

“If I go running, I’m doing so because I want to be fit and healthy. I run because I want to feel good, fit into a smaller dress size again, breathe fresh air, and see my neighborhood,” she says. “There are many levels of motivation that are not about how many steps I took or if I get a discount.” Because wearables simply present a number, the data alone is often not meaningful enough to keep people devoted to their devices.

To learn what actually makes people tick, Churchill and other researchers are taking cues from gaming and social media.

Take the Zombies, Run! app. A team that included a science fiction writer, a game developer, and a personal trainer designed it to motivate people to “run for their lives.” Its more than 800,000 users plug in their headphones and listen to a narrative that warns them when zombies are hiding behind trees or trailing them. It then instructs the runners to pick up speed or slow down and even tells them how to collect virtual medicine or weapons as they run. When the run is over, users can view a map on their devices of the route they took and see where the zombies were. They can then use the supplies they collected to play a virtual game.

“Gyms try to do something similar by installing TVs in front of the treadmills or playing music as an attempt to turn something that doesn’t feel pleasurable into something that is at least tolerable,” Churchill says. Wearables may try to do this by rewarding users with badges for their hard work, but people tire of this tactic fairly quickly, she says.

While not everyone is a gamer, she points out, Zombies, Run! and apps such as Ingress, which uses GPS coordinates to inspire people to move around their neighborhoods in a game they can play on their smartphones, can provide invaluable lessons. “Humans are natural storytellers, and these apps makes them part of the story,” she says. “They’re immersive. You want to keep going.” They not only track what users have already accomplished—they also help them gradually improve by encouraging them to take on a more difficult path or run longer or faster.

This isn’t happening with wearable trackers, whose users tend to stop being active once they reach their original goals. Some feel using their trackers is a chore, Churchill says, while others say they feel enslaved by them.

While gaming can have a big impact on engagement levels, so can social media. One way is by tapping into niche online communities, such as those for working mothers or people training for a 5K race. Some people will announce a personal health or fitness goal on Facebook. These social platforms—whether they’re made up of strangers striving for the same objective or friends and family—help make people feel accountable.

Moreover, collecting information from these sites’ events calendars, which may include the date of an upcoming local race or a high school reunion, can add an extra layer of motivation by reminding users of what they are striving to accomplish and how much time they have left to do it.

“People make commitments, to themselves and others, and wearables can be better designed to help them stick to their goals,” Churchill says.

The author is the associate editor at The Institute, IEEE.

FPGA for Internet of Things