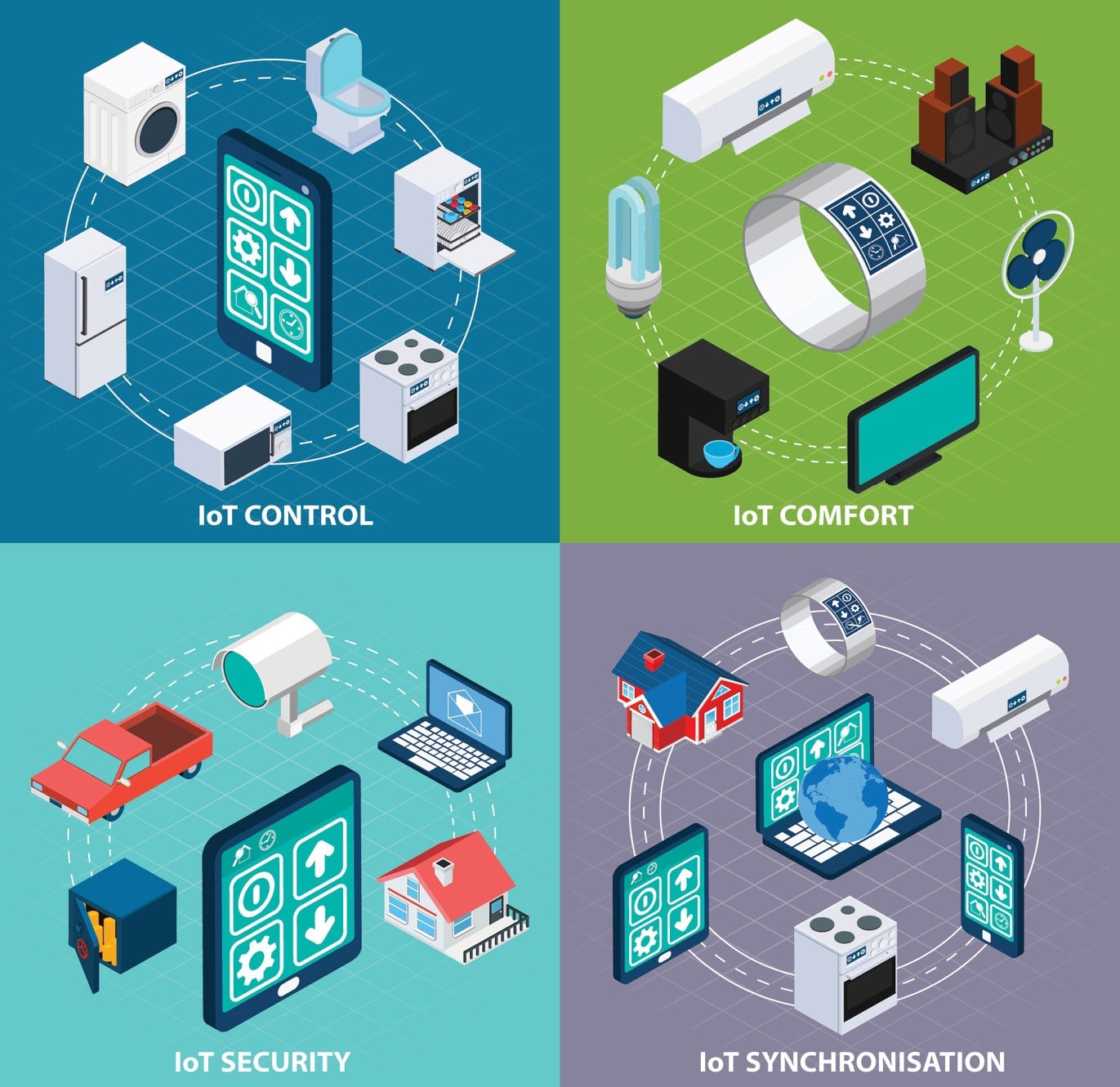 No matter which company or application area you talk about, the Internet of Things (IoT) seems to be the trending buzzword. One of the next big things surely, but it is also a very confusing domain. With many standards and overlapping member alliances, it is not an easy arena to work in. This article tries to provide some clarity on the standards aspect of the IoT.

Should you be worrying about this

“Without standards, the IoT will fail to realise the full potential predicted for it,” feels Martin Woolley, technical program manager at Bluetooth Special Interest Group (SIG). “It is said of teams that they go through phases of forming, storming, norming and performing. I think something similar can be said to be happening with the IoT, though it may be difficult to achieve a consensus as to which of these earlier phases we are currently in,” he adds.
It is for all to see that major organisations are into multiple standards-framing associations, not just one. It just goes to show that we are in a highly-experimental phase and the winner is, as yet, unclear. The field is open and up for grabs, but we can be certain that the winner is going to be backed heavily. 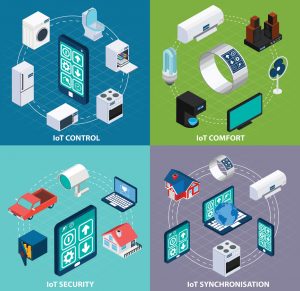 The three incumbents aiming to become the standard for tomorrow’s IoT are Alljoyn, IoTivity and Thread. Let us begin by trying to understand what each of these has to offer.

Alljoyn. Alljoyn is an open source effort by AllSeen Alliance, with the source code starting off at Qualcomm and currently with Linux Foundation. With more than 170 members including LG, Sharp, Haier, Panasonic, Sony, Electrolux Sears, Silicon Image, Cisco, TP-Link, Canary, Two Bulls and Xiaomi, the group has based this standard on the client-server model where the server/producer advertises the device’s capability and the client accepts or ignores it.

The service framework behind Alljoyn aims at creating a rich user experience by automating how a device connects to this network. With the latest addition of a device system bridge by Microsoft, even devices using Z-Wave or BACnet can connect to the Alljoyn network easily.

Thread. Thread protocol is the brainchild of Thread Group, whose founding members are Yale Security, Silicon Labs, Samsung Electronics, Nest Labs, Freescale Semiconductor, Big Ass Fans and ARM. It is primarily a creation of Google NEST group and is an Internet Protocol (IP) based solution built on open standards and designed for low-power mesh networks.

The protocol for Thread is framed with a low power angle in mind and is built on well-proven standards like Institute of Electrical and Electronics Engineers (IEEE) 802.15.4, Internet Engineering Task Force (IETF) Internet Protocol version 6 (IPv6) and IPv6 over Low-power Wireless Personal Area Networks (6LoWPAN). This is an IPv6 networking protocol that operates in the 2.5GHz band at 250kbps. Thread devices create a mesh network of routers that forward messages from one node to the next.

IoTivity. This framework is hosted by Linux Foundation, sponsored by Open Interconnect Consortium (OIC) and managed by IoTivity Steering Group. OIC believes in combining the open source and the industrial approaches to standardise IoT communications and interoperability between connected devices, with its diamond members being Cisco, GE Software, Intel, Mediatek and Samsung.

IoTivity framework application program interfaces (APIs) work on a resource based RESTful architecture model operating as middleware for connected systems, while data transmission is based on a messaging and streaming model. 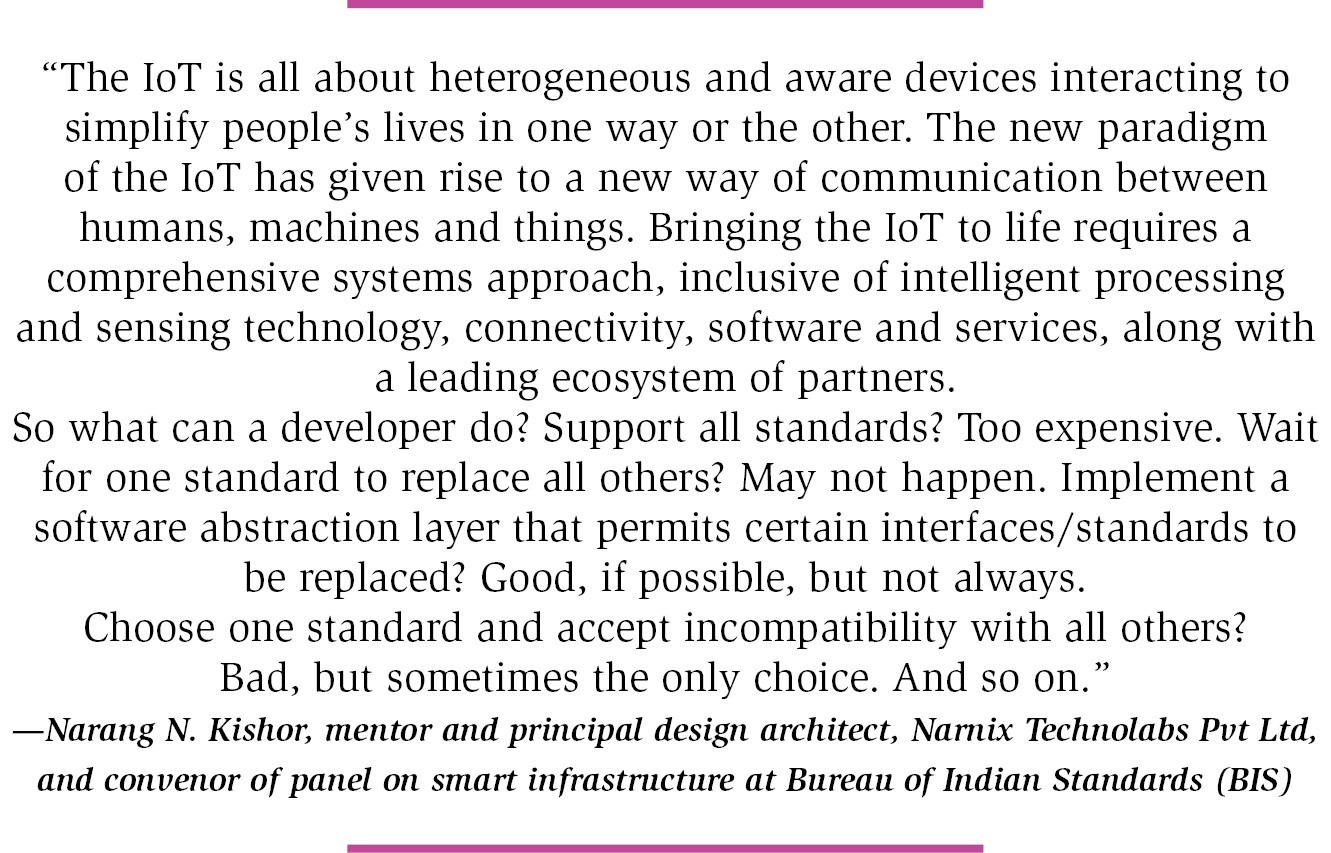 All three standards aim at working across all platforms and operating systems (OSes), ranging from Android to iOS, Linux and Windows. The idea is to make these agnostic to all communication layers, from Wi-Fi to the Ethernet. While Thread allows about 250 devices to connect to its network at a time, Alljoyn network decides the limit by the range of the technology, available bandwidth and hardware restrictions.

One area where Thread wireless protocol differs from the other two is in leaving the application layer to be chosen by the user via User Datagram Protocol (UDP).

Keeping with the trend, all these standards seem to primarily target home automation. Along with this, Alljoyn supports developing devices in the fields of smart television, smartaudio, broadband gateways and automotive, while smartcity and wearables are the focus areas for IoTivity. Thread adds focus on environmental IoT devices, too. For all devices to connect to these networks and be used, these need to undergo a stringent standard compliance and certification by their respective organisations.

One main concern with the IoT these days is the security aspect. Keeping your personal data from prying eyes involves multiple layers of encryption and strict authentication. All three standards follow this to the T. The latest version of Alljoyn even includes additional features like elliptical curve cryptography and access-control lists to track device nodes.

On being asked about standards, in an interview with EFY, Siddharth Unny, director, TL Micro Automation, had very interesting views. With Europe being the leader in standardisation today, it is terribly costly for Indian products to be certified. “Why not have an exclusive standard for India, one that suits our requirements?” he asked.

Having a standard that is not as stringent as European allows Indian players to provide low-cost products and get these to market, quicker. This helps them compete with big players who price their product through economies of scale.

He also went on to add that one of the best ways to keep data secure would be to use your own custom protocols. This could be just for your dedicated network, that is, till the gateway. Apart from keeping your data secure, this provides the flexibility to design what you want and how, within your constraints.

What do we have apart from these three

No discussion on the IoT is complete without mentioning ZigBee and Bluetooth, and it is no wonder that these have their own groups promoting them, ZigBee Alliance and Bluetooth SIG, respectively.

ZigBee Alliance works to connect devices of dramatically different natures into a single network, and in any environment, with control in the hands of the user. An open, non-profit association, promoters of this group include

ZigBee Alliance offers three specifications for enabling interoperability, namely, ZigBee PRO specification as a foundation that concentrates on low power and network interconnection, ZigBee RF4CE specification for bi-directional communication applications and ZigBee IP specification for supporting IP based standards. With ZigBee gateways, it is easier for devices to adopt this standard.

With Bluetooth Smart finding wide acceptance, especially as a bridging technology in existing IoT devices, Bluetooth SIG is also focusing on developing the standards behind Bluetooth. The group, which boasts of members like Ericsson, Intel, Lenovo, Microsoft, Apple and Toshiba, aims to make it the preferred low-power wireless networking technology for the IoT. Having seen the success of mesh networks in Bluetooth, they are working towards formally defining a global industry standard for Bluetooth Smart mesh networks.

Woolley says, “Smart mesh networks will provide for a very long-range capability, with devices spread across potentially huge areas in large buildings or even urban areas. It will introduce the possibility of having redundant paths between devices, making sure there is a backup in case a device fails, like in all mesh networks. But what makes Bluetooth Smart mesh networks all the more compelling is that these are based on a technology that virtually all smartphones have today. Mobile computing in many forms will be an important aspect of the IoT and so building IoT networks using Bluetooth immediately opens up some exciting possibilities, given the simple fact that it is so widespread.” 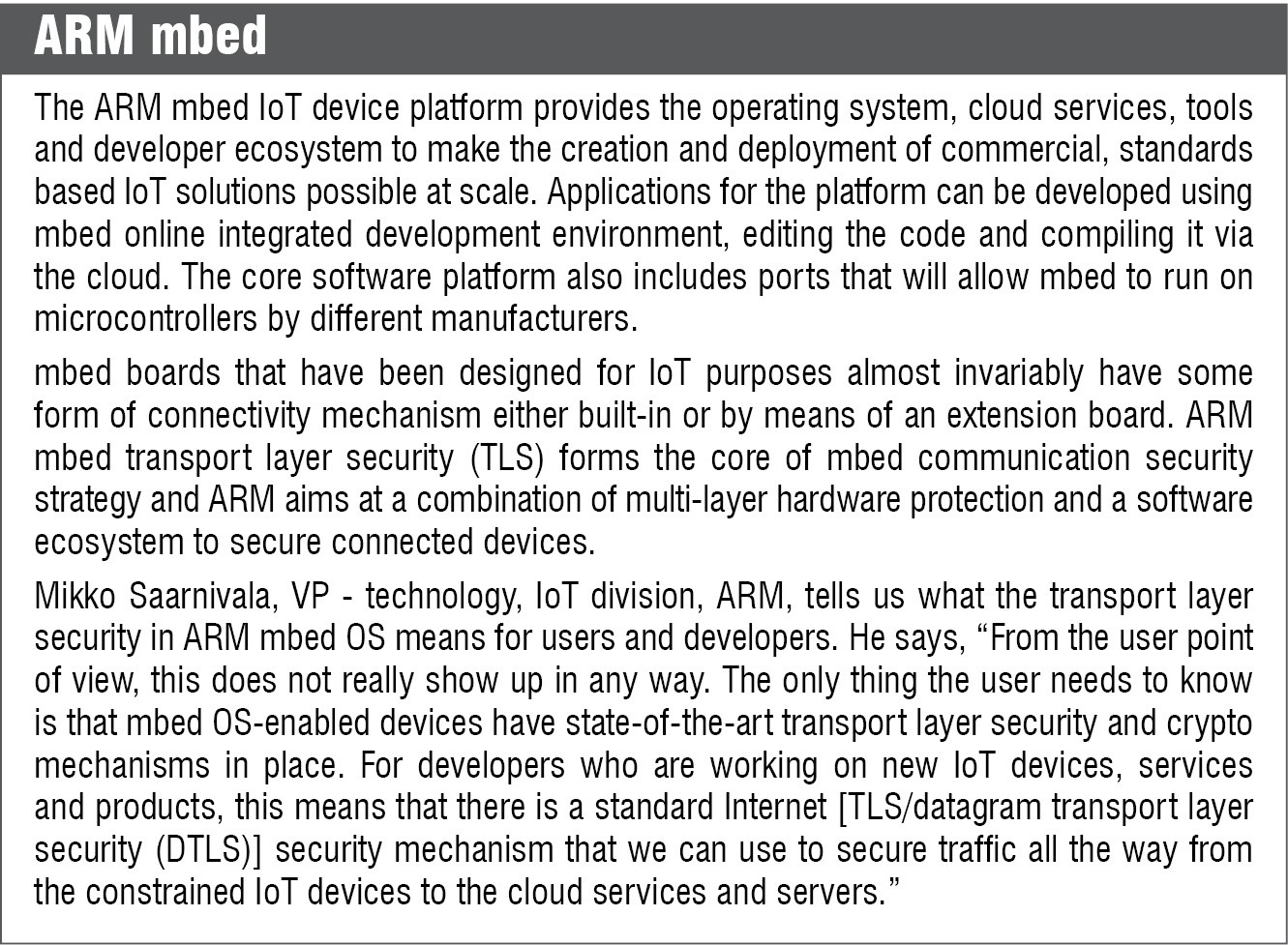 A hoard of operating systems

With the IoT being all about connecting devices together, how do we leave out the OSes these work on?
Google’ Weave through Brillo devices. Brillo, the Android based embedded OS platform by Google, is essentially a lower version of Android and will integrate easily with Android devices. It supports Bluetooth Low Energy (BLE), Wi-Fi and Thread, and works with IoT devices that are low-power and memory-constrained.

Board Certified by Microsoft for IoT Products

“The Most Important Thing Is The Selection Of The IoT Platform…”