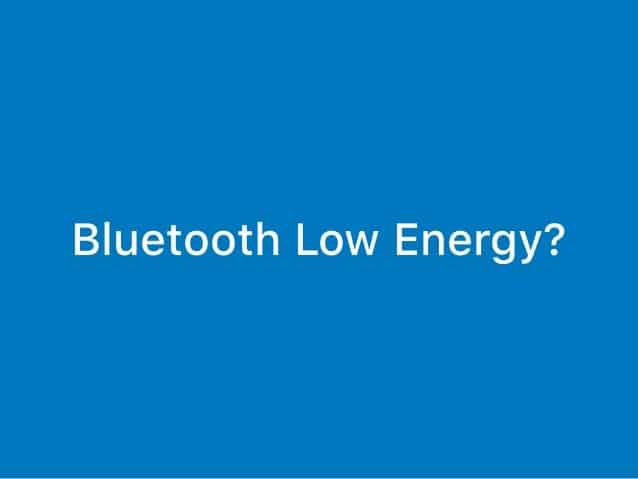 Bluetooth technology in the context of smart homes has a lot of scope. According to a Goldman Sachs report, there are three stages of evolution of internet connectivity. The first stage was in the 1990s, during which time there were one billion devices connected to the internet. We are currently in stage two, that is, the 2000s. There are around two billion devices connected to the internet. The forecast for stage three is that there will be 28 billion devices connected to the internet by the year 2020. So there will be an exponential growth in the number of devices. There is a similar kind of exponential growth when it comes to the adoption of Bluetooth devices. There are approximately ten million Bluetooth devices being shipped, every day, and the smart home market is a sector with a lot of potential for these Bluetooth devices.

Smart homes vary from the basic variety – ones in which you can control the lighting systems – to the more complex ones that monitor the surroundings in the house using sensors. Homes are becoming more self-aware and energy efficient, and this energy efficiency leads to significant savings over a period of time.

There are certain factors that need to be kept in mind while designing a smart home. Reliability and security are the most important factors of them all. This is where Bluetooth technology comes into the picture. It works in the ISM range (the industrial, scientific and medical band of the radio spectrum), and uses adaptive frequency hopping. The ISM range is free to use, and a lot of devices such as microwave ovens and cordless phones operate at these frequencies. The Bluetooth devices are able to navigate through this congested environment because their frequencies change about 1000 times in a second, and this makes Bluetooth communication very reliable.

It is also very secure to use, because it utilises elliptic curve cryptography to encrypt the information that is being transferred between two paired devices. This high level of encryption has helped Bluetooth achieve FIPS (Federal Information Processing Standard, from the US Government) certification.

The need for privacy – and how Bluetooth addresses it

Bluetooth devices broadly have two roles – advertising and scanning. Advertising is the process by which the device emits packets of data containing information about itself, like a unique identifier (UI), whereas scanning is a process of looking for devices to interact with. To prevent the misuse of this data to track the location of devices, the advertising address is randomly generated, and changes every ten to fifteen minutes. An encryption key is needed to decode the random addresses. This key is only available to devices that have been paired.