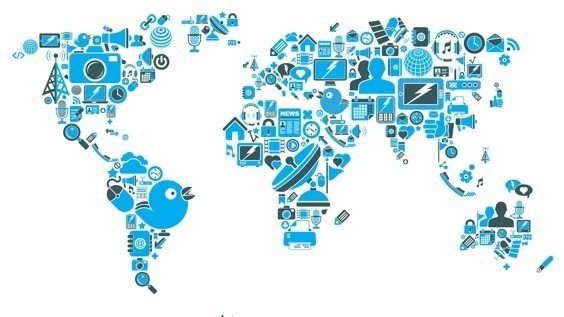 A garment outlet at the mall sported a very fashionable, square-shaped sign printed very boldly near the entrance. I snapped a shot with my phone, and went straight to their website. On a flight, a friend saw similar QR codes on packets of salt, pepper and sugar. More such signs are on real-estate ads, subscription forms, and more! These little signs seem to be fuelling the Internet of Things.

They are Quick Response (QR) codes. Of the many technologies powering the Internet of Things, this is probably the cheapest, and has the potential to be on almost anything. Imagine a packet of salt. Where would you place a radio frequency transceiver in it? Wouldn’t the chip cost more than the salt? But, you can simply print a QR code on the cover, and it becomes readily identifiable. Snap it using a phone, and it can immediately lead you to a website, show you relevant information on this or other products (for e.g., the QR code on a shirt might lead you to a page that shows other colours in the series, or matching trousers), connect you to applications on the Web, update statistical information or user preferences, and more. The only problem, of course, is that the communication is one-way. You cannot write back to a QR code, but for many applications this would suffice.

QR codes were originally developed in Japan by Denso, a Toyota group company, for tracking components. As it became popular, it became an ISO standard in 2000. It is more or less like barcodes, but can represent more information, since it is two-dimensional. This means that it also involves very little investment. You do not need any chips or transceivers, just some black ink to print the code on the object. In fact, you do not even need a QR code reader, because any camera phone would do. The ISO/IEC18004 is a free and open standard, and is compatible with almost all camera-equipped phones. It can be generated freely using several applications available on the Web. It can be swiftly read from any direction. Even a distorted symbol can be read. It can represent not just English but other languages too—including Japanese script. There is a level of encryption involved, which makes QR codes safe for confidential purposes too.

QR codes and the Internet of Things (IoT)

Simply put, the IoT is a concept wherein (a) there is information stored on every object (either through a bar code, a QR code, a chip, or a larger embedded system), and (b) there is some way of connecting this information to the Web (generally by using a computer, tablet or smartphone as the gateway). There are several technologies fuelling the IoT – chips or codes that store information; near-field communication (NFC), Zigbee, radio frequency (RF) or some such protocol for the object to communicate with a tablet, smartphone or computer that can connect to the Web; and applications that make smart use of the information embedded in the object. In some cases, the information on the object is updateable, at other times it is not—as in the case of QR codes.

Since QR codes place information on an object, they are a tool for the IoT. They will, of course, coexist with other technologies like RFID and NFC, but surely they are by far the cheapest and easiest way to add an informative element to just about any object that is larger than a square-inch.

The applications of QR codes are well-proven. In fact, it was the impressive usage of the technology that promoted Toyota’s in-house technology into an ISO standard! So, there is no doubt about its efficacy. Of late, we are finding a lot of examples of how QR codes can be used to connect just about anything to the Web.

Diageo, the world-famous beverage brand, decided last year to use QR codes on their whisky bottles, to help sons personalise their Father’s Day gifts. The buyers could upload personalised video messages using a Web application. The videos were associated with unique QR codes. When the recipient of the gift scanned the QR code with their camera, they would see the video making the whisky bottle a very thoughtful and personalised gift! Diageo experiences a rise in sales during this campaign, and they realised it was a wonderful attempt – because it was inexpensive, simple, and easy to use.

In another interesting example, Aarhus municipality of Denmark has distributed 140,000 QR code stickers freely to its residents, in an attempt to reduce rampant bike theft. By following a simple procedure, residents can associate the QR codes with their bikes and save their contact information as well. So, if somebody finds a lost bike, they just need to scan the QR code and immediately the owner will be notified of the location of the bike (fixed using the phone that scans the code).

Like the QR codes on Diageo’s bottles lead to a video-embedding application, or those on Aarhus’ bikes help track their location, others can lead to other services. For example, scanning the code on a particular floor of a mall can give a list of stores on that floor, or scanning the code on a job ad can lead to a screening-test application. The possibilities are endless, and you can feel free to experiment, because the cost involved is quite low.

The author is a technically-qualified freelance writer, editor and hands-on mom based in Chennai.