Till now, in this article series, we discussed challenges while operating IoT devices on primary batteries, BLE generic access profile roles, BLE device state in each of these roles and how to optimize power in advertising, scanning and initiating states. In this part, we will talk about power optimization in connection state. 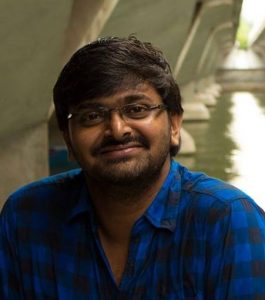 Figure 1 shows the radio activity in a central and a peripheral with 20 ms connection interval and with slave latency set to zero. As can be seen in the figure, after every 20 ms peripheral needs to wake up and transmits a data packet or an empty packet to maintain the connection.

Figure 2 shows the radio activity in a central and a peripheral with 80 ms connection interval. As it can be seen, device needs to wake up less frequently to transmit and receive. However, it increases the data latency. As in this case, data was available at 110 ms. However, it can be send to central only at 160 ms (70 ms later).

In any wireless technology, data throughput is much lesser than the data rate. Reason behind that is protocol overhead. So, is the case with Bluetooth Low Energy. However, BLE v4.2 offers significant improvement over older version by increasing payload from 27 bytes to 251 bytes at Link Layer. Thus, it takes lesser number of packets to transmit same amount of data that saves significant amount of power. Considering it, any application that needs more than 27 bytes (at Link Layer) to be sent, BLE v4.2 shall be considered.

Applications that need security for GATT based implementations but send data less frequently, it is better to establish connection when required and exchange the data using signed writes. This helps to avoid the link encryption which takes more time and consumes extra current. Signed write adds the extra 12 bytes of Authentication Signature so the maximum amount of raw data that can be sent from GATT layer is fifteen bytes less than ATT MTU. For encrypted messages, there would be additional four bytes of MIC added to the link layer packet. So, one should be aware that whenever the number of bytes are less and have to be send data very frequently, singed write may consume more power due to 12 extra bytes compared to 4 bytes of MIC in encrypted links.

Transmit power shall be selected based on actual required range as discussed in advertising state. A mechanism can be added where device adapts transmit power based on the RSSI measured by the other device.

Most BLE devices have high-gain amplifier/low-noise amplifier for receiver to increase sensitivity. Some of these device also allow to amplifier to be manually turned on, or off. If another device is placed close, it is good to switch-off the amplifier that can save several mA of current.

Almost every BLE device spends most time in standby state and hence even minor change in power consumption in this state impacts average power consumption significantly. In this state, radio neither receives nor transmits and power consumption is a result of leakage and various system resources like clocks and regulators. So, power optimization technique for this state is to use device’s lowest power mode and switch off all resources that are not needed. Some of these will be discussed in great detail in next part of the article.

In next installment of this series, we will talk about other system resources that impact power consumption in IoT applications and how to optimize them for power.

Previous parts of the story can be found here:

“IoT”, the Real Cause behind Security Threats?

Who Hacked Into Your Smart Device?