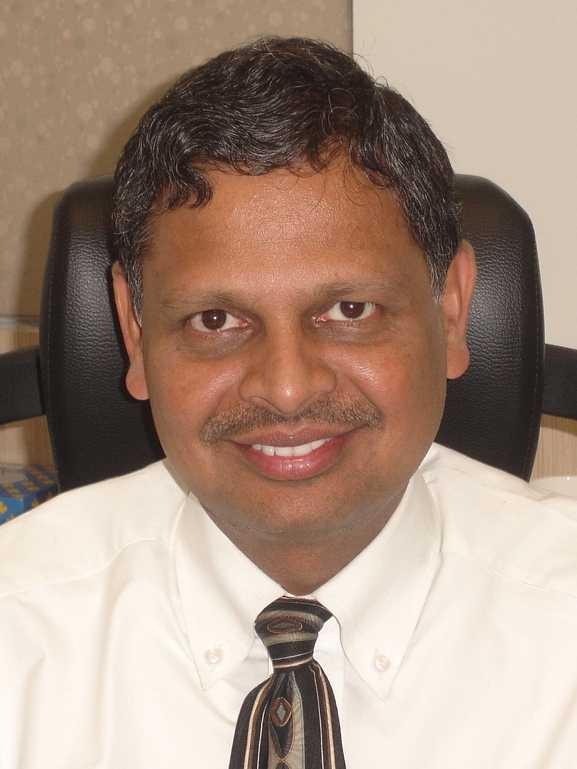 Guru Ganesan – managing director, ARM – India, speaks to Janani Gopalakrishnan Vikram about the diversity that characterizes the Internet of Things (IoT), the kind of processors and tech building blocks needed to support that diversity, and about some of the interesting IoT products that are powered by ARM.

What do you think is the current scope of the IoT? It has certainly come a long way since the initial applications of fleet tracking using RFID – so it would help if you could introduce our readers to the IoT concept as it is today.

The Internet of Things describes a world in which actual ‘things’ such as devices, data and locations are all interconnected with applications and users over the internet. It is set to transform how people and systems control, interact with and experience the world around them, sparking new products, services and job opportunities. From mobile devices to tiny microprocessors in sensors, to networking and mobile infrastructure, to servers and it’s an extremely exciting new market that has been predicted to grow to 29.5 billion devices by 2020.

If PCs had two form factors, desktop and laptop, and mobile computing had tens of form factors, from candy bar, flip, slide, touch, smartphone, tablet and phablet, the IoT will have millions of form factors. This will bring massive choice and diversity. There will be millions of different devices and apps, which means that one size will not fit all. This is why ARM’s scalable technology, with its emphasis on low power and high performance, is helping to drive the change. From mobile devices to tiny microprocessors in sensors, to networking and mobile infrastructure, to data centers and servers, ARM is helping its diverse ecosystem of partners to give businesses and consumers new levels of power efficiency and intelligence.

The IoT will be an enabler of new products, services and consumer behavior. It will be driven by whoever has ideas. It will have many facets. Like the Internet, it is not one thing. The Internet has Facebook, Amazon, news websites, Twitter and PirateBay. The Internet does not dictate one app or one market. It enables diversity and similarly, the IoT will be about diversity too, as different markets adopt it at different rates and times.

For consumers, the IoT is about personal use, convenience and health also known as the  ‘the quantified self’, a movement to incorporate technology into data acquisition on aspects of a person’s daily life in terms of inputs (e.g. food consumed, quality of surrounding air), states (e.g. mood, arousal, blood oxygen levels), and performance (mental and physical). Such self-monitoring and self-sensing, which combines wearable sensors (EEG, ECG, video, etc.) and wearable computing as exemplified by the Nike fuel band.

Do you think it is the availability of better technologies that is fuelling developments in the IoT space, or the other way round – is the pressure from the IoT space causing a demand for newer technologies? How has it been in the case of ARM?

To fulfill the potential of the IoT, diversity will be essential. ARM’s business model is based on licensing core technology to different partners, allowing them to differentiate and add value. Having multiple suppliers for each form factor ensures competition, and competition spurs innovation and differentiation, which exemplifies the fact that diversity is what the IoT is all about.

Besides the ability to address different markets, to explore new ones, and the ability to scale from small to large, the ecosystem for the IoT will have to be more diverse. Enabling ecosystems that drive innovation is a critical part of what ARM does with its partnership based business model.

While ARM’s partners sold 8.7 billion chips in 2012, the total market for embedded control was 17.2 billion chips. By 2020, the prediction is that the market will have grown to many billions of chips driven mainly by IoT devices. Many of those embedded controllers are in products that in the future will become part of the IoT.

What kind of processors do IoT products require? And what are your best offerings for IoT products/ infrastructure?

To enable IoT the electronics industry needs to deliver processor technology to power everything from tiny ultra low-power sensors which intelligently gather information, to the gateways and networking equipment which collates and transmits the data, to the cloud based servers which store and analyze the data for retrieval often via smartphones or mobile devices. Each of these stages will require high performance, but low power consumption processor technology.

ARM is unique in being able to provide processors for each of these stages, from sensors through mobile devices to servers. The ARM Cortex-A processor family spans from the ultra low power Cortex-M0+ processor, which can be employed in sensor applications and run for many years on a single cell battery, to the 64-bit high performance Cortex-A57 processor for networking and server applications.

Apart from processors, do you offer any other IP for IoT technologies?

Data security is a key consideration, particularly for healthcare or payment applications where individual’s information needs to be protected. ARM TrustZone technology is currently being employed in ARM processors to ensure data being transmitted is held securely and cannot be accessed by unauthorized people.

In addition to ARM technology, ARM is actively involved in a number of standards initiatives which will aid the introduction of IoT. One such body is the Weightless consortium which is working to develop a machine to machine communication standard to enable IOT devices to communicate with each other making use of the newly available white space spectrum, the unused and underused parts of the wireless spectrum.

Can you tell us about some classic IoT products that use ARM processors or IP?

AlertMe: AlertMe is an affordable platform that enables consumers to monitor, control and intelligently automate their home. It combines connectivity for devices in the home, with a cloud service and applications which can be accessed anywhere via smartphone. Users can control their heating, security systems, utilities and lighting. AlertMe uses a multi-protocol home gateway with ARM9™ processor-based technology that communicates with home devices incorporating ARM® Cortex®-M3 processors.

ArmAssist: ArmAssist is a device worn on a patient’s arm that measures the mo

vement of the shoulder and elbow through an orthosis or orthopedic brace. Patients will be sent home with an ArmAssist to continue a rehabilitation program under the remote supervision of a therapist via the internet. The ArmAssist is built on a 32-bit Flash microcontroller from STMicroelectronics® STM32™ family, based on the ARM® Cortex®-M3 processor. Patients can interact with two forms of games via the computer connected to the base of the device. Short evaluation games analyze the movement, force and precision of the arm movement. Longer cognitive games such as puzzle and memory can help motivate and improve coordination.

The Talking Book: The Talking Book from Literacy Bridge is a low-cost, handheld audio computer designed specifically for the learning needs of populations that cannot read in the poorest regions in the world. The Talking Book utilizes an ARM® Cortex®-M0 processor. Devices are powered by two, zinc-carbon, size-D batteries which provide 12-15 hours of typical use. Recordings are stored on an internal microSD memory card while the built-in speaker enables group listening.

Applications allow users to engage with the device, providing simple and actionable messages in addition to multiple choice quizzes to aid learning about health and agriculture. Information on soil preparation, planting and fertilizing are conveyed by the local Ministry of Food and Agriculture office.

Piloted in 2009 in the Upper West Region of Ghana, results highlighted that farmers who had access to Talking Book had an average increase in crop production of 48%.

How To Take Your Medical Device From Idea To Regulatory Approved...

Bundle Payment cards in your Wearables