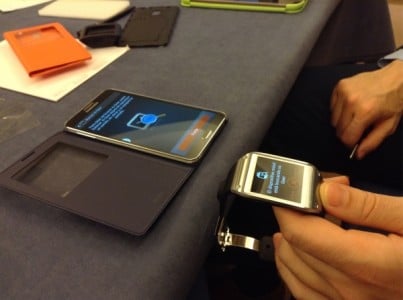 2015 is touted to be the uptick year of wearables, at least for some of us for whom the world

revolves around technology. International CES 2015 held last week in Las Vegas showed visible signs that wearables space is going to be huge, though there is no consensus yet on its growth trajectory and market size.

Wearables, a nicer name for wearable computers, are not just technology strapped onto body parts. Wearables will play a significant part of the future of internet and computing, called Internet of Things (IoT), which aims to connect everyone and everything with each other, from cars to clothes, thermostats to televisions, watches to washing machines.

Wrists are currently the prime real estate for wearables. Fitness bands from Nike, Fitbit and Garmin help track your lifestyle habits and push you towards better fitness. You do have to take the effort to jog around the park or play a round of golf though. Smartwatches such as Pebble Watch, Samsung Gear, Motorola 360, HOT Watch and Apple Watch continue to redefine the scope of a smartwatch through a suite of apps and appcessories (complementary physical electronic devices), from tracking calories burnt during your jogs to controlling lights at home and unlocking car doors (and yes, it will show time as well).

We might soon be paying at retail tills or at fuel stations via our wrists, instead of via cash and cards. Wearables such as Google Glass and Sony Smart EyeGlass will provide you augmented reality as well as help you capture every moment of your life through those lenses (well, cameras on the frame). We are even talking about smart clothing, like D-Shirt from Cityzen Sciences, which will have sensors woven into the fabric of this T-shirt to detect your heart rate, breathing patterns, speed and GPS location.

The form-factors of wearables have actually pushed technology companies to innovate on everything from batteries, displays and wireless connectivity silicon. A California startup, Imprint Energy, is developing flexible and rechargeable batteries that can be printed cheaply. Yes, printed! Researchers at the U.S. Department of Energy’s Oak Ridge National Laboratory are designing a battery using lithium carbon fluoride, which could have a 10-year battery life. In the meantime, smaller batteries mean shorter battery life, which will need advancements in wireless power and charging, over and above what wireless power alliances like Qi and A4WP are supporting today. Sensors form an integral component of any wearable because they help capture data.

New innovations in sensor technology help with non-invasive measure of health parameters for the first time. Companies such as Belgium-based imec are working on optical sensors that can give accurate pulse and blood oxygen levels, and wearable ECG sensors to monitor your heart function. OLED and e-paper displays allow curved and flexible displays in smartwatches and eye wear. Semiconductors from CSR, Texas Instruments, Nordic Semiconductors and others, support ultra-low power wireless connectivity to relay data to and control smartphones and other smart devices.

Technology in wearables is not just about sensors and chips and similar hardware. Without software and apps and a widespread and robust ecosystem, wearables will only progress so far as a bill-of- materials list. A consumer will only accept and appreciate a wearable if he or she can see “experiential” value in wearing it, especially in solving real problems being faced. For example, a smartwatch able to show you your blood oxygen levels is useless as long as it shows you are breathing and alive.

The value for that feature will arise if the smartwatch can detect an asthma attack, beep your asthma inhaler to help you quickly access it and make your smartphone ring out for the nearest help. As CSR’s CEO, Joep van Beurden mentioned in an interview with McKinsey on Internet of Things, “10 percent of [potential financial] value is created by the ‘things’, while 90 percent comes from connecting these things to the Internet”. The entry point to value perception of wearables will be to define user interactions and experiences. With unfathomable interactions and data points, you and I will not be able to comprehend and utilize the value of connecting with things if user interfaces cascade inherent device and network complexities to you.

These interactions should be designed to be as transparent, technology-agnostic and light-weight as possible. Through these interactions between wearables and its sensors to smartphones and the cloud, petabytes (10^15 bytes) of data will be continuously captured real-time. That is Big Data, which is data capture on steroids! Intelligent analytics algorithms to mine and make sense of such vast amounts of data real- time will be required to create more interaction models and will play a large role in creating value. Another significant aspect in value generation is building a strong and wide ecosystem around wearables. Today’s smartphones would have been a very fragmented and smaller market space, if not for the stickiness created through third-party app ecosystems on smartphone operating systems like Android and iOS. The wearable space will only flourish if wearable makers support proliferation of third-party apps and partner ecosystems. Android Wear, webOS and Tizen are OS platforms which should help in that direction. Lastly, irrespective of function and utility, all (visible) wearables will automatically converge as fashion accessories. The importance of brand and design in the value perception of wearables cannot be stressed enough. A wearable product designer must keep industrial design as one of the initial gates of the product design cycle, not the last. Taking cue from Stephen Covey, begin with the end in mind.

In the larger context of IoT (which includes wearables), while there seems to a common direction on integrating consumer technologies like Bluetooth (Classic or Smart) and Wi-Fi, the industry has not yet arrived at a common standard or protocol for interoperability. This, in my humble opinion, will be the real test to prove IoT as a heterogeneous yet unified evolution of the internet as we know today. Another relatively unchartered territory is ensuring highly secure and controllable systems. None of us would like to foresee a future where our wearables and homes are hacked, or we fall into control of self-learning and highly evolved machines. The latter surely sounds like science-fiction (remember Skynet of the Terminator franchise?) and stretched well towards the horizon of imagination, but not impossible.

With wearables, beacons and Internet of Things, are we all in a technology-binged trance? Maybe, maybe not. The more important question to ask is whether all this technology will help us lead better, safer and healthier lives, or whether we will be enslaved by it. A lot of companies, large and small, today are working hard to ensure technology evolves only to enrich lives, and prevent the latter.

One thing is for certain: the future of technology is going to be ubiquitous and pervasive, with a lot of frictionless and transparent interactions between humans and things. This future will only be successful if it supports a very personal experience of being connected with everyone and everything without forsaking social needs of boundaries and control, and without compromising personal and societal security.

The author is the India sales manager at CSR.