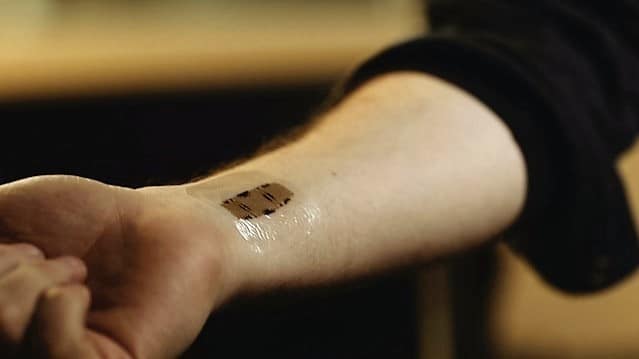 Back in 2007, started a fictional computer game series popularly known as “Crisis”. Here the protagonist is sent to dangerous classified missions involving various sequences in a time far away in future. The character in this story wears a special suit called Nano suit.  The suit was a second skin that gave him agility, super strength, healing and recovery as well cloak(invisibility) capabilities. The epidermal electronics where completely controllable by him; but the suit itself had an awareness of its own with voice assist and AI(Artificial intelligence) while it linked itself to networks it could detect in that post apocalyptic world. The reason we mentioned about this suit here holds relevance to specific utilities that we humans will all probably converge with.

Sounds interesting? Lets break the ice. Scientists and engineers from University of Wisconsin-Madison have developed what could be the fastest stretchable, wearable integrated circuits something similar to what we spoke of. Now this innovation can lead to a total integration of man and machine through a network and the Internet Of Things combined.

The platform could cause technological advancements in Bionics that deals with the study of living organisms like humans their movements etc.; particularly paving way for the next generation of wearables and implants for bio medical and communication purposes.

This innovation draws inspiration from twisted-pair telephone cables. They contain two intertwining power transmission lines in repeating S-curves. This serpentine shaped wire had two layers with segmented metal blocks which gives the transmission lines ability to stretch without compromising performance. The shape also wards off external interference and confines the electromagnetic waves flowing through them. Thus the current lost in the system is negligent and maintains efficiency.

5G uses frequencies in the range of 0.3 to 300 GHz. Whilst the integrated circuits on this platform operates at radio frequency of up to 40 GHz. This innovation can easy leverage the connectivity to wireless broadband services.

On the concluding statement, these 25 micrometers tiny  epidermal electronic systems would shape the future of wearables and implants to come or probably push the wearables off the segment. Days are not far away when we will see a people no longer carrying their “Bulky” smartphones and tablets. All you need to do is look at something and the electronic epidermal devices attached to you brain will possibly project an augmented view of the physical object.  you can see burst view in your mind or your eyes much like Tony stark in Iron-man Suit.Rest assured this is just the beginning of real “Internet Of Things”.

IoT with Particle Photon Development Board