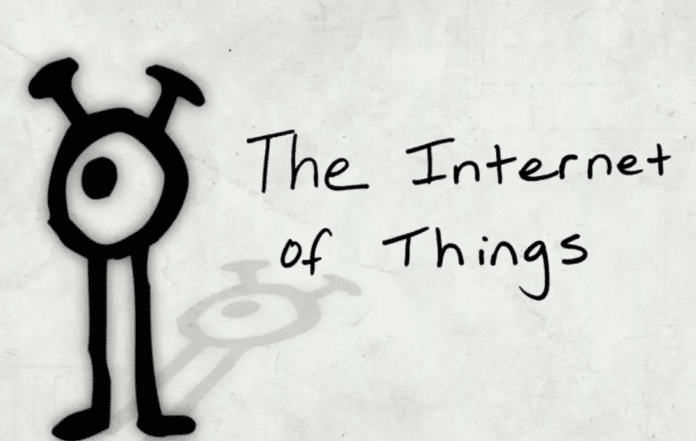 If you’ve been keeping with our stories, you would have gotten a decent idea of the formula for any product marketed as an Internet of Things device (IoT). Now, it’s time to move forward and get those ground-level basics set, so that you can actually build a product for it. And that is where this interview comes in.

We discuss with T. Anand, managing director of Knewron, about the basic elements, blocks of the IoT paradigm, and technology available for designers.

For the uninitiated, could you start of with the primary building blocks of an IoT system?

Internet of Things primarily needs three building blocks to make it functional. These are, a ‘thing’ itself which could be door-lock, water tank, etc., then a connecting mechanism such as RF transmitter / receiver, NFC, Bluetooth, etc. and a stable & secure communication method or protocol. The most critical part I see, is the one where IoT is presented to end users in its most useful and simplistic form. Many people don’t think about electricity separately, what they do think about instead is turning on a TV, lighting the room or playing music, electricity for that purpose is just a media or one of the enablers. Similarly, in order to make an IoT product, converting it into a useful and meaningful application is going to be the key.
What are the fundamental elements that any IoT product warrants, which a designer should first understand before beginning his venture?

Technically, it is easier to make a product and have RF or Bluetooth connectivity built-in to it. However, it does not necessarily make it an IoT-enabled product. Why? Because the application that product serves doesn’t dictate so. How not to overwhelm general users and still make sense of product is going to be tough, and that will be one of the key drivers to make IoT a success and larger reality.

From a purely designers’ perspective, security, identity management, semantics, compatibility with multiple communication standards, lower power, lower costs and nil or least interference would be the major criterion for IoT based products. In some very specific cases, safety will also be significant factor to be considered. Interestingly, designers also need to answer many trivial but critical questions; e.g. what would smart-phones, TVs, refrigerators, cars, locks and smart clothes and whatever else would talk about with each other? Seemingly simple question raises many underlying complexities in design of such devices and systems.

Should system designers wait for chip vendors to implement new technologies more suitable for them, and is there a way to accelerate it?

People are not waiting for newer technologies since there is nothing as such called starting point for IoT devices. These are being designed and developed continuously with recursive modifications as and when newer technologies are getting available. We must understand that it is symbiotic eco-system of developers and enablers; one has to take initiative for other to work on it and vice-versa.

If we wish chip designers to integrate some critical protocol into their hardware design, developers need to start making and using it in software form for some time. The need to integrate it on chip would obviate sooner or later. On the other hand, if chip designers create some enabler for better use of technology, developers would prefer to use it rather than re-inventing the wheel.

What would be the top 2 things on an IoT product designers wish-list of IP?

The Internet of Things is currently limited by the fact that many developers have embraced a plethora of incompatible protocols for communicating with their devices. These protocols are effectively different languages. And as a result of that, devices connected to the internet often can’t speak to each other even if they want to. In my opinion, this is going to be the critical aspect sooner as the proliferation of such devices is increasing rapidly. Protocol, therefore is a prime need to be addressed at this stage. Such protocols and mechanisms or semantics could take shape of IP in coming days.

Processors on the other hands are delivery mechanisms for these IPs. For instance, a processor can have ubiquitous protocol built-in its hardware to enable IoT based devices and applications deliver more value at lesser cost. We already have processors and controllers delivering 802.11 and similar protocols in their built-in hardware. Built-in communication stacks could be great advantage in designing and building IoT based device or system since major time is usually spent in integration of protocol stacks with external things.

Security, or the lack of it, in IoT is getting a lot of buzz now. Could you share some technical insights into this for our other engineers?

As I foresee, most of the security issues would be related to inter-communication between things (or devices) connected on network, where alteration of data and information might occur. This alternation or interference could further result into mis-representation of things, may cause disruption in interconnected systems or may even result into some unprecedented stoppage of certain work. And the best way to address most of the issues would be to take pre-emptive actions in design phase of these applications as well as protocols, methods, etc. Vulnerability for a device increases when it has a feature (which is also weakness for these types of threats) of re-writable software and firmware. If majority of configuration and settings are alterable easily, exposure of thing in internet would be more since any other thing could in network could cause it to alter. By management of multilayer device design approach, threats could be contained on much outer levels which could add-up to safety capability of device.

Regarding ethical use, I feel the term itself is quite relative in nature. Yet, if we can ensure that anything that would be part of IoT could be made oblivious at times and sufficiently guarded, it will, to larger extent, ensure that judicial use of IoT is done. Multi-level filtered accessibility for device could also be deployed to ensure that use is appropriated.

Let’s talk about opportunities. Which areas are gaining in value, and which are the ones on the losing side?

Well, sensors are the future of distributed data. General-purpose computing is dissipating and becoming increasingly embedded into our lives with the advent of IoT. We are starting to move a sea of data, have our movements monitored and our environments measured and adjusted to our preferences, without need for direct intervention. This means new opportunities for sensor designers, active sensor mechanisms and wireless technology / protocol developers. Additionally, design houses with smarter design capabilities would flourish and make sensible contributions to the IoT world. Overall, electronics industry has great potential in near future.

Some of the value of any machine is in its controls. Running them remotely and upgrading them every night like a Web service can constantly improve machines without any mechanical modifications. The industrial internet means that machines will no longer be constrained by the quality of their on-board intelligence.

Initiatives like OpenXC – a Ford program that gives Android developers access to drive-train data, signify the coming of plug and play intelligence. In this a driver not only stocks his car with music and maps through his phone, but can also provide his own software and computational power for the car’s drive-train, updated as often as his phone. One driver might run software that adjusts the car’s driving characteristics for better fuel economy while another will do for sportier performance. This type of customization could bring about a wide consumer market in machine controls.