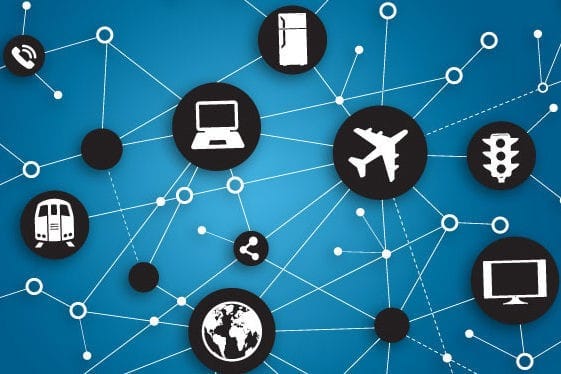 Current IoT ecosystems rely on centralised models where the diversity of ownership among devices and their cloud infrastructure ends up with a challenging machine-to-machine communications setup. Blockchains allow us to decentralise Internet of Things (IoT) network. Its technology (basis of the popular bitcoin) creates a secure hash based history using blocks of valid transactions linked using the hash of prior blocks to form a chain. What is the value? Let’s take a look.

Q. What utility do blockchains provide today?
A. Blockchains are used for the transfer of value through technology. A bunch of firms working on Internet of Things concepts use blockchains, along with a lot of companies in finance.

Intel, Wells Fargo, Fujitsu are just a few examples. Wealth is generated through flow of products and services through a business network and we know that trust is an important issue, especially for international trade where firms between two countries don’t even see each other, and might not ever see each other. This is where blockchains come in.

Q. How can international trade benefit from an IoT system using Blockchain?
A. The complexity of international trade is very real. Customs, ports, regulators, the shipper, import and export elements, all generate a lot of data and documentation which is still paper based today. There is a lack of visibility that increases cost and time delay. Block chain can solve this problem by delivering trust, while IoT helps in automation and optimises the overall system. Blockchain can be used to record events like departure of a ship or a temperature reading of the container on the ship, automatically transfer funding based on completion of requirements, and regulate documents as well as access of data.

Q. Could you give an example of how it works?
A. A new international trade contract starts with the creation of a letter of credit that is implemented only if the goods are delivered according to the prescribed conditions. These conditions are recorded and the resulting data is integrated to a backend technology system that is done using the blockchain. The exporter then issues a logistics contract between the contractor and the shipping line, which also defines the environmental condition that needs to be followed while sending the blockchain (including such aspects as temperature control, humidity, pressure, etc.).

Q. How is the data handled here, will everyone get access to the data in the blockchain?
A. The shipper only sees what he needs to see or what he has been cleared to see. Once the contract is issued, the shipping line gets involved with the title of the goods and the transportation contract. All participants in the blockchain will get access to this data. As the shipment starts moving you can continuously track the movement using sensors and other devices designed to collect various types of data depending on the situation. When the ship reaches port, the environment conditions and events are updated to the blockchain.

Q. How does the customer gain from all the data uploaded to the blockchain?
A. Later when customers get involved, they will inspect the goods and record the customs duty for which the money is automatically transferred due to verification by the blockchain. It also checks the sensor data to ensure that there are no violations in the logistics contract passing which the money is sent. Thus the whole process is automated securely, including financial aspects such as funds transfer and government payments. The most important fact is that a lot of data is not generated by humans, but by machines. Having blockchains that can automate the machines based on the completion of requirements allows you to automate a lot more elements without any loss of security.

Q. How does the blockchain really work, and what makes it so valuable?
A. One alternative to a blockchain is to have a centralised cloud that is secure, but then you need to have a third party that can be trusted and there is almost never a common ground when you consider the numerous players that are involved. In a blockchain, all the entries are hashed and it saves only “appends” to the data while making no modifications. This means that even if someone was successful in adding wrong data to it, the blockchain will allow you to go back through the appends and find the right data. It is essentially an ecosystem. The blockchain consensus protocol makes sure that a majority of us have to agree on what gets written in the blockchain. You do not need trust a third party, but need to rely on mutual consensus.

Q. Who are these mutual partners and what drives security and privacy here?
A. Business partners who are transacting in a certain system are the mutual partners. We have some privacy features so that not everybody sees all the data. Enrolment certificates are kind of your identity on the blockchain. Transaction certificates cannot be linked back to the same person. Only participants who are allowed to view the data will be able to see the data. The Hyperledger project is an open source Linux foundation project to advance blockchain. It recently announced that five new members have joined it.

How the Internet of Things is changing the Industrial sector