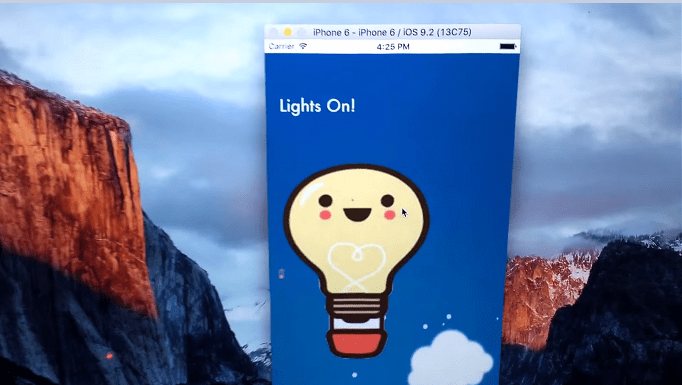 Brief transcript of the Video

In this project the user has connected his Raspberry Pi 2 to his personal computer (Apple’s Mac). Using the GPIO on the Raspberry Pi a bread board is connected to it and on the bread board is s Serial SPI I2C 0.66″ very small organic light-emitting diode (OLED) display module 64×48 SSD1306.  An LED connected to 4 channel relay, which is connected to an extension cord. The extension cord is connected to the lamp behind the laptop. The IoT services are let to run in such a way that the Pi board is constantly looking for an Shadow update through the IOS App. Parsing and decision to switch on or switch off are taken based on the shadow status. The Light control is controlled by an IOS App and the IoT console from AWS. Once the desired state is set on the AWS console, one can play around with the lamp’s on/off status.

Also, what to know if Raspberry Pi can do something else? Click here.