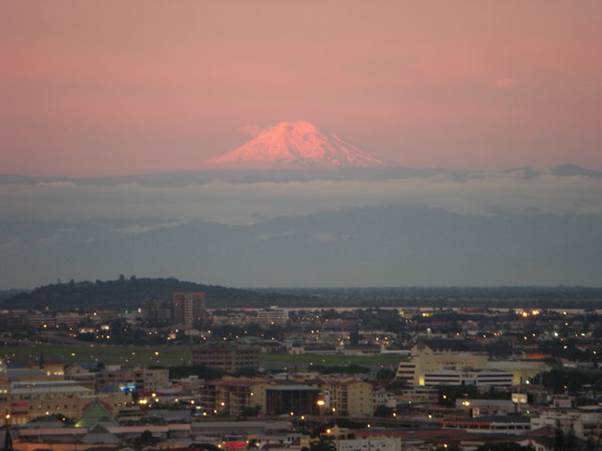 More than 20 cities are now participating in the IEEE Smart Cities Initiative, and that number will only go up, predicts Gilles Betis, the initiative’s chair. The program is a global, multidisciplinary effort through which IEEE seeks to help municipalities address the huge demands on land, resources, and services associated with population growth.

Nearly 30 have applied in the last two calls for applications for what are called IEEE Core Smart Cities but because of the initiative’s limited resources, only up to two can be selected for each round. Guadalajara, Mexico; Trento, Italy; and Wuxi, China have been chosen so far. (Applications are now being accepted for the next two core cities. The deadline is 14 August.)

But there’s been so much interest and the quality of the past applications have been so high that the initiative last year created the IEEE Affiliated Smart Cities category for those that didn’t meet all the requirements for core cities. The affiliated cities is where Betis says the growth of the program will come from. But why the sudden interest by towns to smarten themselves up? There are several reasons, he says, including tight budgets, involved citizens, and business opportunities.

“The frugal development of a city is something very important in the world today because of financial constraints,” Betis says. “Cities have to learn to do more with less.”

Take the affiliated city of Guayaquil, Ecuador’s largest city with more than 2 million people. In the profile it submitted to the IEEE Smart Cities Initiative, it reported the city’s population had steadily grown over the past decade as people migrated there for socioeconomic growth opportunities. “This has put pressure on basic services such as potable water, electricity, garbage collection, and street maintenance.”

According to Betis, participating cities report they need better infrastructure to create more value for everyone, including citizens, businesses, and service providers. “Infrastructure is key to creating wealth in a city,” he says.

Another factor is the new technologies that can make a city more efficient, according to Yinhai Wang, an IEEE member who is part of the initiative’s working group. “Information and sensing technology has developed to the point where they can support activities like environmental monitoring, integrated power grids, and traffic system operation. More technologies will be discussed at the first IEEE International Smart Cities Conference, to be held from 25 to 28 October, in Guadalajara, Mexico, according to Wang, who also leads the conference task force.

“The smart cities initiative is actually an umbrella project,” Wang notes. “The key idea is how do we use human wisdom and technology to support smart growth and improve peoples’ well-being. I think the initiative comes at the right time and, for a lot of places, at the right stage of development.”

People who are fascinated by smart cities are leading much of the enthusiasm, notes Betis. “They are deeply informed and are convinced that by being a member of the IEEE Smart Cities Initiative, they can change the lives of people in their city. We receive a lot of spontaneous offers to work on the initiative.”

Of course spurring some of the interest are the makers of the technologies. Cisco, IBM, Intel, Huawei, Microsoft, Siemens, and Thales and many others have their own smart city programs.

“Clearly these companies know there will be very good business opportunities,” says Wang. “They are proactively designing their products and systems to support the development of smart cities.”

But Betis notes that while the IEEE initiative has representatives from some of those companies, “we remain agnostic in our approach,” he says. “That means we do not favor one company’s technology over another’s. We are a neutral platform—whatever works best for that city as the city decides.”

But some cities have a difficult time deciding what is best for them.

According to Betis, there are three models cities typically follow. The first one is a top-down approach whereby the town’s leaders make the decisions, which results in centralized control. The second is a bottom-up approach where citizens participate in making decisions about infrastructure or priorities, say among transportation and utilities, or education. The third one is a collaborative approach where citizens work with each other along with the other two models. He says the last approach is probably opening “a wide area of effective ways of development.”

“That collaboration among citizens creates new ideas for planning, better utilization of available resources such as financial or natural resources, and better use of the city’s legacy,” Betis notes. “This is something more cities have come to understand. Innovation will come from the synergy between centralized, participative and collaborative approaches.”

But, he adds, being a smart city is recognizing that you have to become smarter and smarter. “It’s not just a badge or a diploma. You’ll define the process and establish some objectives but once you reached those objectives, you’ll find new ones. It’s a continuous process, there’s no end point.”

Robots Are Growing On You