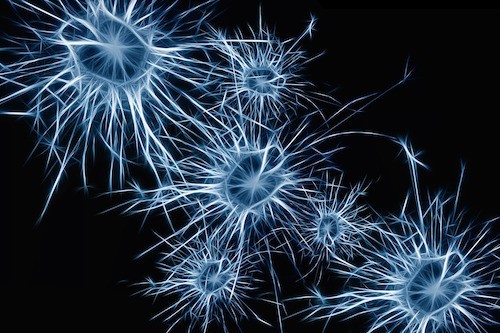 Conventional Bluetooth is well past universal applicability. Remarkably though, a dash of smartness may transform the way we use the technology.

Back in its time, Bluetooth was a pioneering technology that showcased the possibility of connected devices. Yet it struggled to have a sustained impact. Today, Bluetooth is but a side-order that just doesn’t appeal to the modern smartphone user. This could be attributed to several major hurdles that hindered its applicability. Connectivity was restricted to a maximum of two devices and a sustained connection required a maximum 10-meter distance between devices.

Miraculously though, we could see a resurgence in the use Bluetooth may have in the coming years. A smart tweak in how it works may eliminate the hurdles, including taking the distance and device cap.

Mesh Networking; the messiah of Bluetooth 2.0?

The implications? It’s fairly simple to understand. A mesh network is like an intricate net, or a spider’s web. All ‘nodes’ in the network represent devices and each device can aid distribution of data across the network. Making each nodal device a relay point holds tremendous benefits towards the usage of Bluetooth networking.

For starters, vanilla Bluetooth networks only permitted connectivity between two devices simultaneously. A mesh network enables connectivity with up to 65,000 devices simultaneously. Bluetooth energy fails to penetrate walls and boosting signal strength drains device battery at an alarming rate. It also forces a larger battery size. With multiple devices in the same network, it’s possible to simply relay signals between devices and maneuver around obstacles such as doors and walls in the process. This decentralized networking option also drastically expands coverage range.

This newfound concept of mesh networking paves the way for remarkable Internet Of Things applications. The best part is the fact that developers can build a distributed intelligence network in the mesh, eliminating the need of smart phones. This power of smart Bluetooth can enable users to walk into any connected environment and control countless aspects of said environment. From small applications like controlling the garage door to regulating the thermostat, it’s all possible from a smart phone. BLE slots into any environment, be it the comfort of your home, commercial office spaces or large factories and warehouses.

Bluetooth is the future of IoT

An almost cinderalla-esque tale is what the introduction of smart Bluetooth could spell for the world. The new chips break down the barriers to connectivity that vanilla Bluetooth could never get past. The possibilities relay devices bring to the table is remarkable. A wider area of coverage, high cap on device number and simple solutions for better power consumption are exactly what the technology needed. The future of IoT is here and Bluetooth could be at the very core of this future. A technology once considered dead and buried is on the verge of a fairytale resurrection, with wonderful implications in the modern world.

Take better care of your plants

“IoT Is All About Data And How It Is Being Used...