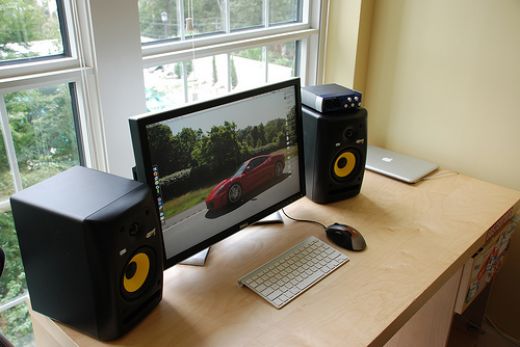 The headline could have been simpler but worse – “Anyone can hear and watch you secretly!” And the remedy is possibly the worst: you need to cover the mic, webcam, headphone, speaker and any input, output device available in your laptop with a tape.

Is it possible? It is, indeed. The Electronic Frontier Foundation even sells a specially designed sticker set for this purpose.

And it happens in the worst scenarios where big guys are involved! Probably for that reason the Chairman and CEO of a social networking giant used to cover his laptop webcam and mic with a tape! It’s not the case of a single billionaire. He might want to protect his privacy at any cost and took that drastic step after trusting none available in the market and people might see a design pattern of desperation involved in that hacking-phobia, in general.

The image which captured that desperate picture told us many things at once.

It’s speaking about a pathetic scenario which lies in front of us where our privacy could be compromised any moment in the binary sphere. We don’t know where and when it strikes. And at the end the big and bleak question is staring at us blankly and asking “Are we really secured in our virtual world?”

A recent paper published by the researchers at Ben-Gurion University of the Negev (BGU) in Israel answered this question in negative. They proved and thereafter declared that “Malware can turn your computer into a perpetual eavesdropping device.” They have submitted their paper and called up a press conference where they demonstrated how most PCs and laptops are susceptible to this type of attack. A malware called SPEAKE(a)R can reprogram output devices like headphone, earphones and speakers into input devices. It creates a vulnerability that can be abused by the hackers; any time.

The director of BGU Cyber Security Research Centre (CSRC), Yuval Elovici said it. And as an example of this exploitation, head of Research and Development at the CSRC Mordechai Guri put forward the instance of Mark Zuckerberg, Chairman and CEO of Facebook before us. Mark was being seen covering his laptop mic and webcam with a tape in a widely circulated picture. Guri has mentioned, quite ironically, “You might tape up the mic, but would be unlikely to tape the headphone or speakers.”

This paper can be downloaded from the Cornell University website where researchers have shared a ‘lesser known truth’ – the audio chipsets in modern motherboards and sound cards include an option where one can change the function of an audio port with the help of a specially designed software. There is a type of audio port programming which is usually referred to as jack retasking or jack remapping.

World Amnesty has already warned us about several surveillance tools that have often been used by the top spy masters. You’ve probably heard of MUSCULAR, OPTIC NERVE, MYSTIC or PRISM. You, probably, have come to know about the widely known and debatable facts where American senators were given special power to investigate National Security Agency role in GCHQ ‘Optic Nerve’ spying. It involved mass collection of Yahoo webcam images done by British surveillance agency GCHQ. What GCHQ had ‘been accused to have’ done seemed quite normal after the Israeli researchers proved that software could really play havoc in retasking or remapping the program of a hardware chip.

There are tools available in the market to help you to lose a surveillance tail and they are legal. Surveillance technology makes it simple enough to hide video camera, GPS monitor, Audio Bug in almost anything – a public bathroom ceiling fan, teddy bears, key chain – anywhere, you can name it. If it fits, the recording process is on!

The Mac users should usually feel safe for the green LED light which remains on and people think there is no malicious activity going on behind the curtain. Former national security agency (NSA) hacker and NASA employee Patrick Wardle has proved them wrong and discovered how it’s possible for Mac malware to exploit an active SKYPE or FACETIME connection to spy on the innocent users. What Israeli researchers have discovered recently is only a general truth – there is no smoke, without fire.

When we watch the smoke of debate on keeping freedom intact online the fire of surveillance silently burns with embarrassment. A private user always wants to communicate ‘privately’ with friends and wants to keep his/her privacy intact. Will she go for Air Gap computer security? But that is only used to isolate confidential data from an online network for higher security. If she opts for that, the whole concept of sharing and caring through Internet melts down.

What do you think?

It Is Now Easy To Prepare Your Products For The IoT