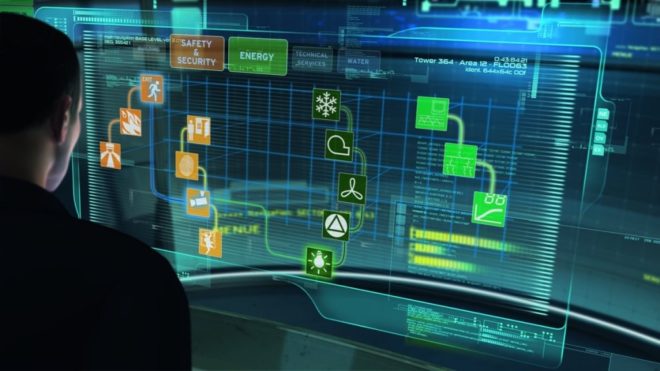 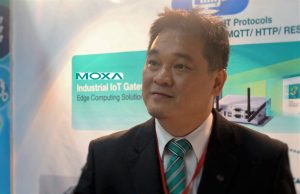 In this interview Mr. Charles Chen, Country Manager at MOXA India takes us closer to Industrial Internet of things and the evolutionary growth it has achieved while speaking to Shanosh Kumar from EFY group.

Q  Can Industrial Internet of Things  (IIoT) make things or break things? Does it really address safety in a hazardous working environment?

Human safety could be made sure by machines by employing artificial intelligence for self-learning. The other part would be self-awareness while creating a self-response from the machines to sense it. For example a robot that is linked to sensors could detect heat from the presence of human using heat signatures. In case of a malfunction the machine is expected to stall its operation as part of its programmed response.

Q What factor is important in order to get the machines become part of the Industrial Internet of Things?

The old machines don’t have any intelligence to move to internet at the first stage. The only way to bridge the communication is to understand the language using an interpreter in such machines. It’s important to get the machine responding if it has to become part of the Industrial Internet of Things.

Q What are the challenges faced by Industrial IoT at this juncture?

The challenge that IIoT is facing now is the gap related to movement of network topologies from LAN to WAN.

Q Security is critical in Industrial IoT. Are machines vulnerable to attacks?

Security is a huge concern for IIoT. The first and the foremost step is to implement encryption. To be honest no systems today can ensure total security. Cyber security is a target every company is striving for. Especial for IIoT where there is machine criticality, these issues could sound like a challenge. If someone hacks this, it could be a huge disaster.

Q Can most of the human activities related industrial machines be taken over by intelligent internet and artificial intelligence powered systems?

I believe that this is certainly going to take place. While comparing human error and machine error; machines fare better in taking decision. Humans come with emotions. Machines do not have emotions and the rate of errors would be much lower. Bringing error rates down is important on a routine job but not on those that require higher intelligence.

Q Is it possible to prevent errors in industries using the analytics and analytical predictions?

I would like to quote an example and the closest real time example I can think of could be a train. On trains we see today, coaches have front facing cameras to see if there are any obstacles on the rail. It all depends on how far they can see and how quickly they can react or take action to it in case they visually detect them. There must be an intelligence that should work for the camera too. The camera needs to detect the problem first and then the solution and there must be simulations that forms the basis of preventive analytics. These simulations should be fed into the system via simulating various environments.

Q How long will we have to wait to see implementation of IoT in all the industrial machines?

In the IoT Arena, starting from Industrial Internet of things, machine to machine connectivity was established a long time ago to be precise. Thirty years ago Robots we all just heard about robots. But today, it is reality. There are more and more devices that are sensing though they existed in different forms such as virtual reality visions, heat sensing camera’s etc. Similarly IoT is not a new topic but it became a hot one because all the technology surrounding them became aware in their own ways. Artificial Intelligence, networking and bandwidth are aiding this change. The first stage took almost twenty years but I think the second stage would take less than five years from now.

The Cloud is the fastest and simplest way to set up...

Airfi and Teleena Are Building Synergy To Tap into 50 Billion...

IoT in India to witness 10 times increase in next 4...