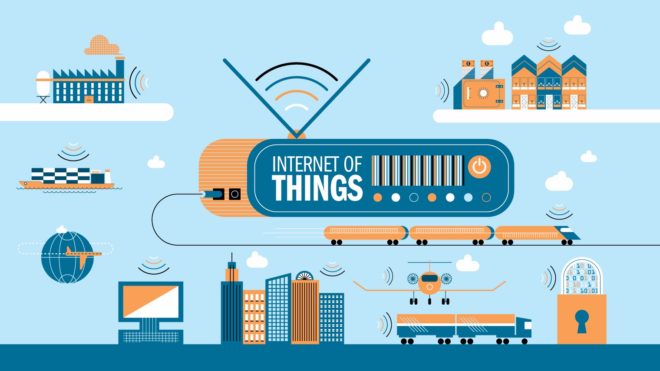 A whole universe of technology, analytics, machines and business are converging to run industries more efficiently. Read to find out more!

The Internet of Things, which connects more and more electronic devices, is often talked about in terms of its potential. But while pondering science fiction scenarios, it’s easy to ignore the real-world applications of IoT that are in the world today.

Many examples were provided at Technicity, co-hosted by IT World Canada and the City of Toronto in downtown Toronto on Thursday.

The Internet of Mining & IIoT

The mining industry, for instance, connects workers and machines through wifi… while 250m below sea level.

“For us, IoT is a game changer. Dundee Precious Metals is looked at as a global leader on how to change the industry,” Mark Gelsomini, corporate director of IT for Dundee Precious Metals. “We actually coined the phrase ‘Take the lid off the mine’ where everything is visible in three dimensions where data is given in real time underground.”

The information can be used to help the mine produce things better, faster, and quicker. And real-time data means that problems are notice as soon as they happen and can be dealt with immediately, instead of getting information as a report from the shift boss at the end of their eight-hour shift.

Gelsomini said IoT generally provides more predictability and efficiency, which is crucial for mining companies dealing with slumps in commodity prices and turmoil in the industry in general.

Kathryn Willson, director of Microsoft’s CityNext program, shared an example from The City of Helsinki.

The city’s goal was to reduce the fuel consumption of their metro bus network and increase rider satisfaction. “They already had GPS devices on their buses, so they knew where their buses were moving through the community, but they didn’t understand how their buses were moving through the community,” she said. “They added sensors to the accelerator and the brake and inside the engine compartment to measure temperature so that they could understand how that bus was moving, where were the points of massive fuel consumption.”

After collecting and analyzing the data, they implemented two programs: a driver training program to make sure they were driving being as efficiently as possible, and also identified areas where road construction would really help with the flow of buses. They were able to reduce their fuel consumption for their fleet by 5 percent, which is millions of Euros.

The Internet of Parking 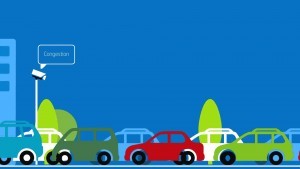 Tracy Fleming, the CTO for Avaya’s Americas operation, noted that universities are experimenting with his company’s technologies by providing smart parking services that send a text message when their parking is about to expire. It also gives them the option of extending the time by texting back.

As for Toronto, Tracey Cook, executive director of the City of Toronto’s municipal licensing and standards division, said she’s hopeful about Rover, a Toronto-based startup aimed at connecting people with open parking spots with people who need them. Earlier this year, the startup went up against regulations that make its “person-to-person” business model impossible.

“It’s not easy for the small guys starting out…especially for the P2P guys because it’s a real challenge because they’re challenging entrenched and established business models,” Cook said, noting that this is something the city has to change. After all, leveraging private parking spots could mean more available on-street spaces, and people spending less time driving around looking for a place to park.

A smarter city is here, but there’s more to come if the benefits outweigh the risks

Willson noted in her presentation that there are many examples of IoT projects that collected peoples’ data without them knowing, and this fuels an inherent suspicion of new technologies. It’s important to build trust and transparency, and to show how these IoT services are about the people they help, not just the machines.

‘Voice and Music Over BLE’ Solution For Wearables & TV Remotes