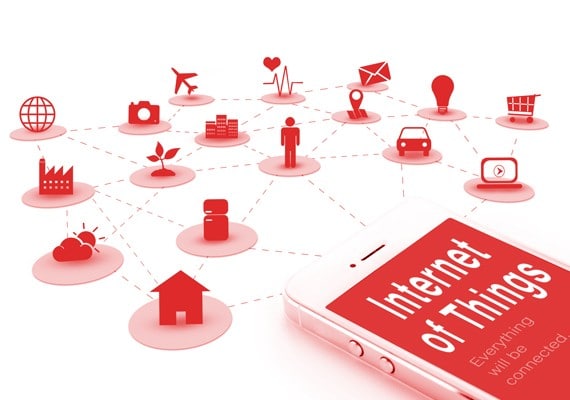 According to a NASSCOM report, the market of the Internet of Things (IoT) is poised to be worth USD 15 billion by 2020; an impressive jump from the current value of USD 5.6 billion. The total number of connected units is said to grow from 200 million to 2.7 billion in the next four years suggesting that IoT can be expected to become a major differentiator in driving the next generation of services and products.

The wide penetration of smartphones and Internet has led to the population becoming increasingly tech savvy and open to adopting new technologies. This, in turn, is likely to spur the growth in IoT further. The NASSCOM report has predicted that the market share of consumer IoT is slated to rise to 45% by 2020. In addition to consumer technology, IoT will see adoption in industrial applications in sectors such as maAccording to a NASSCOM report, the market of the Internet of Things (IoT) is poised to be worth USD 15 billion by 2020; an impressive jump from the current value of USD 5.6 billion. The total number of connected units is said to grow from 200 million to 2.7 billion in the next four years suggesting that IoT can be expected to become a major differentiator in driving the next generation of services and products.manufacturing, automotive, transportation and logistics which will be key contributors to the IoT market in India.

While large enterprises such as Bosch, Siemens and Cisco have already created a space for themselves in the market by creating an impressive portfolio of IoT solutions, there has also been a surge in startup entrepreneurs developing IoT centric products that cater towards customers in both the local and global market. Since 2014, more than 75 IoT focused Indian startups have grown over 35% and the startup community has seen investments of over $75 million since January 2015.

IoT is an exciting field to be in right now and it has become easier for entrepreneurs to build innovative products since they have access to a wealth of information on the internet along with affordable electronics, traditional manufacturing and 3D printing tools, open-source hardware and software. There is also financial assistance and mentoring available to budding entrepreneurs with interesting commercial ideas and products.

India government is further supporting the development of a startup ecosystem by ensuring the community has access to incubation centres, infrastructure, skill development initiatives and funding schemes as well as encouraging inclusion of startup products in various development projects across the country. The revised IoT policy drafted by the Ministry of Electronics and Information Technology (MeitY), India, has set objectives to undertake capacity development for both human and technology needed to promote the industry.

Despite the opportunities available in the market, there are a few challenges that start-ups need to address in order to succeed. IoT is advancing at a fast pace requiring one to keep track of emerging and future technologies, and their impact on the overall IoT sector. The ecosystem is continuously evolving and producing a diverse market with multiple standards. The regulatory and legal framework in the context of IoT offerings need to be mapped and the complexity of the market is making it difficult for start-ups to overcome the many challenges in their path.

In addition, IoT products often raise concerns regarding security among the customers. Developers face a tough challenge here because IoT is a combination of hardware, software and countless systems that have to interoperate in a complex environment.

IoT is a lucrative business opportunity for an SI!

The Cars in the IoT