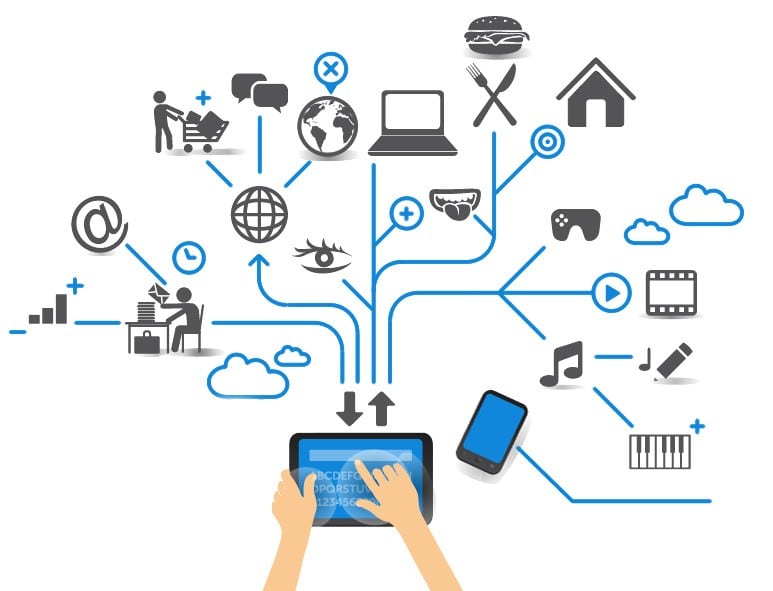 Internet of things is a hot topic these days and it means many things to many people. However, there are a few myths floating around. IoT has been mythicized and has sometimes stoked irrational fears and irrational enthusiasm too. Some of these myths are contributing to false economics which in long run would affect everyone. And which is why it is important to discuss some of these myths and facts.

IoT phenomena has a great potential to enable improvements to so many facets of life, the list is endless. And to have this phenomena create positively impact upon us, we need to focus more on facts.

Myth # 1: IoT is just another version of M2M

With data moving between multiple devices, IoT seems to have many aspects of M2M. However, in reality, it covers more than that. In IoT, there could be more than one host on the Internet that acts as a repository and control system. IoT also implies remote monitoring and control of not so machine-like devices such as smartphones which would have an application communicating with the same host as of other devices.

I think looking towards IoT like another M2M is very limiting. Using M2M analogy for explaining IoT to someone familiar with M2M is acceptable. However, comparing it with M2M or thinking it as the same wouldn’t seem so logical. Rather seeing IoT as an extension of M2M would seem more appropriate.

No matter what, debating on exactly what IoT is, implementing it thoughtfully and prudently would be more useful.

Myth # 2: IoT is just about sensors and things

General understanding and expectation so far seems that IoT should always involve sensors and things. However, they are just one of the many sources of information for IoT solution. Some of the things and sensors are just producers of data while others act based on inbuilt logic or remote commands. Nonetheless, IoT is not just about sensors and things; it is also about the management and support of the entire IoT solution. The solution would obviously involve not just things and sensors, but also all other infrastructural parts such as gateways, hubs, repeaters, cloud, application, software, etc.

Limiting IoT view to just sensors or things may seem logical for device and sensor manufacturers. It limits their ability to see the whole solution. From end customer’s point of view, an end to end application makes sense and things and sensors are just a few cogs in the wheels.

There is another great myth about IoT, mostly floated by IT sector. As stated earlier, it is not a fact. Big Data is an idea that useful information can be derived or extracted from a large set of data. With the advent of IoT term, everyone has started to stick it to smart and connected things. In some cases, data being aggregated may be sourced from IoT devices but that is not a requirement or typical of the majority of IoT devices for now. Many devices are often paired with an application on a user’s smartphone. Quite often, the data generated by IoT devices does not even touch levels of big-data limits. Just because huge data can be generated with least efforts don’t mean that it will be indeed generated. That is a sheer inefficient approach.

This is evident by new terms that are coming up like fog computing and roof computing etc. Each of those terms is merely marketing gimmicks to generate some attention; core utility is getting buried ten feet under due to this name-game. Moreover, this is just another view from cloud service and IT infrastructure providers and it is limiting their ability to see through the whole solution too.

Remember again, from end customer’s point of view, only end to end application is sensible and useful, big (or small) data is just a small cog in the wheel.

Myth # 4: All IoT devices must and will work together

While too good to be true in reality, it seems unlikely due to the fact that most of the devices are cordoned off from the larger world. However, those devices could work together with other devices provided by the same vendor. From a business perspective, it only makes sense as of now to keep things in control. Most of these vendors do provide access to their device data and limited control via APIs. However, it is not guaranteed and may or may not follow strict standards. While protocols being used in IoT solutions are pretty much limited and but it is always up to the vendor to allow data or control to be shared using these protocols.

In fact there is very little incentive to design any device that works with any other heterogeneous device in the world. Such that Cars may talk to other cars, but cars would never talk to TVs. Devices would eventually get logically grouped, where a few standards may dictate compatibility and communication protocols amongst those device group members. By and large, all IoT devices will not work together.

Myth # 5: Every IoT device can be hacked remotely

One of the overhyped security issues these days is – every IoT device can be hacked remotely and therefore, must incorporate heavy security. However, truth is far from this myth. Every IoT device cannot be hacked remotely and not even locally in some cases. Besides just SSL and encryption of data, there are umpteen issues to be dealt while working on IoT solution. This includes physical security of the device, collateral damages, misusage, etc.

Take an example of a temperature sensor that is sending temperature readings at a certain interval to its gateway or hub or may be to the Internet directly. How, do you think it could be hacked? How can someone change the working of this device? If this device doesn’t listen normally and is only transmitting the data, how the hacker would modify the device and break it? Data spoofing, modifications while in transit are different problems and do not affect IoT device as such. However, its impact is still visible in the solution as a whole.
Primary advancement of IoT is enabling the interconnectedness of “things” and resulting into insights and synergies. Yet that same connectedness raises concerns for security and privacy that must be addressed.

The point here is, not everything in IoT solution is hackable. There are only a few vulnerabilities to be worked upon.

Due to overhype, many people are having FOMO feeling these days. FOMO is “Fear of Missing Out”. This fear is being breaded by clever sales tactics to push products at different levels. Many companies are feeling that if they don’t do anything now about IoT, they would lose forever.

Well, losing an opportunity is an inherent issue and IoT is not new for this. However, if you are facing FOMO, the right thing would be to ask yourself, is it relevant now?

For instance, if your industry doesn’t have any infrastructure or relevance for getting products internet connected as of now, would it make sense to convert your product or solution to the Internet connected? Why would someone waste resources on doing something too early! The keyword here is “too early”. If a company wants to take lead and set the precedent by being first in the industry that’s another story.

Just remember that IoT is not timed or limited phenomena, clock is not ticking! It will continue to exist for many years to come. Being restless and jumping into doing something would only harm your product. Rather keep a close watch and grab the opportunity only when it is the right time.

Myth # 7: It is easy to deliver an IoT solution

And this is the biggest one! Due to open source tools, various cheap boards and software packages, the myth has a strong footing in the mindset of many that it is pretty easy to deliver an IoT solution.

This is what most of the vendors selling an IoT development solution want you to believe, but getting an IoT device talking to a user application is just the beginning. Any cheap development kit will let you do this in a jiffy. The challenge is moving from a single IoT device to many and then managing to monetize it while maintaining reliability, security, and privacy. When we say solution, it involves far too many aspects.

Things like business viability, product feasibility to user acceptance, user education, servicing and maintenance and liabilities, etc. are crucial for real IoT solution developers. An IoT solution is much more valuable than just a connected product, a smart product, a mobile app, cloud software, dashboard, or application program. Each IoT solution development has to touch base with at least 7 different critical stages to deliver a meaningful solution that would be business viable, technically feasible and would make sense for customers.

I have been supporting several IoT developments from past few years and have seen that those who have started their journey with assumptions based on some of these myths are finding it difficult and failing to reap true benefits. Instead of making money they are wasting it on patchworks and getting frustrated.

The fact is – it is not easy to deliver real IoT solution. It may be easy to show a physical prototype or create an app or software that does some fancy things. But if you think from solution perspective which has to matter to its users and customers, it is real pain.

Many of the myths stated above invite longer debate to boil down more facts. With more facts, it would be clearer to have right strategy and approach towards utilizing IoT in your business or product. Having professional and balanced approach as against hype of any type would prove to be more beneficial. Given all this, it would not be prudent to simply ignore these pointers while utilizing potential of IoT.

Ways In Which Hackers Work

Smart glasses that connect to the cloud