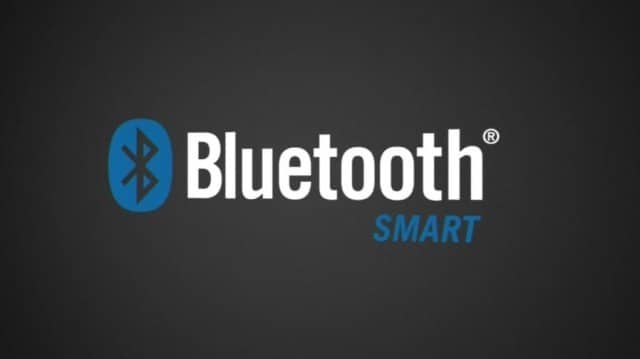 Bluetooth SIG has announced the Bluetooth Core Specification 4.1, which they say improves usability for consumers, empowers innovation for product developers and extends the technology’s foundation as an essential link for the IoT. This is therefore a good time to talk to Nitin Gupta, lead engineer, µEnergy Applications, CSR India Pvt Ltd, an expert in Bluetooth Smart, about the relevance of the low-power communication technology for the IoT era

The IoT requires almost all objects to have some communication ability built into them. What is the scope of Bluetooth Smart in the IoT scheme of things?
Smart devices, both tablets and smartphones, are likely to be central to the IoT. For direct consumer control and gathering data from low-power devices, Bluetooth Smart is ideal. With developer APIs available on all the major OS platforms, Bluetooth Smart may provide the first wave of IoT devices.

Bluetooth is likely to work with Wi-Fi to deliver consumer IoT products due to the huge deployment rates of these technologies.

What are the other options for M2M communication, and what are the advantages of Bluetooth Smart over these?
For M2M, cellular communication options are available, but these attract a service cost which can be prohibitive for products, as well as higher power consumption. These are typically much higher cost per unit, and also much higher power consumption. Looking forward, whitespace radios using the weightless standard may have a role to play where longer range is required in monitoring infrastructure.

It is said that Bluetooth Smart is a completely new technology as compared to classical Bluetooth. Is that so? If so, how does an engineer decide which one best suits his/her needs?
Bluetooth Smart introduces significant changes to the radio for the low-energy peripherals. It is optimised for applications that transfer small amounts of data. Peak throughput is limited to 120kbps. Bluetooth Classic is optimised for streaming data in the range of 300kbps-1Mbps, making it perfect for audio or high-data-rate sensor applications.

What are the main shortcomings of Bluetooth Smart 4.0, and which of these have been addressed in the recently announced 4.1 specification?
There are no mandatory changes in the 4.1 specification but it does open up some further flexibility. The Bluetooth Smart 4.0 version of the spec enables star topology networks only. This means that a smart watch can only be a master to a set of slave sensors or a slave to a smartphone, but not both master and slave at the same time. For developers, this means that the smart watch has to switch roles to support both connections. In the 4.1 specification, it is possible for the watch to be a slave to the smartphone whilst maintaining its position as a master to several slave sensors.

The Internet of Things is Coming…

Everyone is studying the growth of connected devices and the Internet of Things (IoT). For them, the good new

s is that the IoT is coming quite fast and is growing, not just by the number of devices but also in terms of the expected revenue and the interesting applications that range from smart electricity distribution to garbage management. Below you can see how:

1. Gartner, in December 2013, revealed that the growth in the IoT will be much higher than that of other connected devices. By 2020, there are likely to be 7.3 billion smartphones, tablets and PCs in use, but the number of IoT products at that point of time will be 26 billion. Many of these devices are likely to be ‘ghost’ devices with unused connectivity, built in merely because of the expected reduction in the cost of adding such capability to consumer devices in the coming years.

2. A prediction by ABI Research reveals that nodes and sensors will account for around 60 per cent of the total installed base of IoT devices by 2020.

3. In its December report, Gartner also revealed that IoT product and service suppliers, excluding PCs, tablets and smartphones, will generate incremental revenue exceeding $300 billion, mostly in services, in 2020. It will result in $1.9 trillion in global economic value-add through sales into diverse end markets.

4. According to GE, the industrial Internet or industrial applications of the IoT have the potential to add $10-$15 trillion to global GDP over the next 20 years. They must be quite confident about it, because the company’s chairman and CEO, Jeff Immelt, announced in 2013 that GE would invest $1 billion in developing such technology and applications.

5. According to a Cisco announcement in December 2013, technology firms in India have an $18 billion opportunity to help clients improve productivity and asset utilisation as well as to enhance end-customer experience using IoT data.

7. The use of IoT technology to improve exploration and development in the oil and gas industry could result in one per cent savings in capital expenditure, says a GE report. Does not this sound exciting? Well, that one per cent is around $90 billion!

8. According to a news report in the Business Insider, residential waste volume went down by 17 per cent and recycling volume increased by 49 per cent through a ‘pay as you throw’ programme implemented in Cincinnati using IoT technology to monitor those who exceeded waste limits.

9. The McKinsey Global Institute forecasts that smart electricity grids that adjust rates for peak energy usage will represent savings of $200 billion to $500 billion per year by 2025.

The author is a technically-qualified freelance writer, editor and hands-on mom based in Chennai