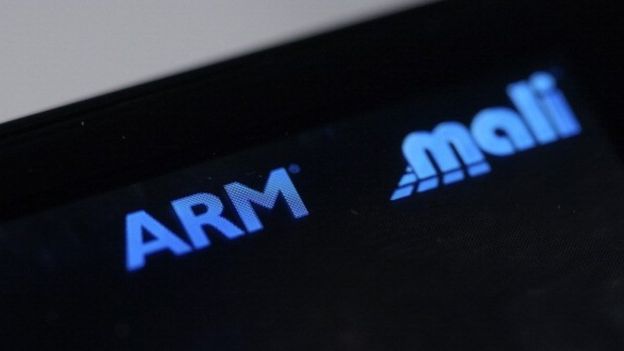 ARM Holdings, a chip design house that doesn’t manufacture or sell any chips, has just been bought for $31.4 billion!

To put that in perspective, that’s four times as much as Microsoft paid for Nokia, close to three times Google’s expenditure on Motorola, and an order of magnitude more than Palm cost HP.

The smartphone revolution of this century might as well be called the ARM takeover. Practically every single phone, tablet, and smartwatch out in the world today runs on a processor using the ARM architecture — which means licensing ARM’s designs and paying royalties for every chip sold. Yes, that includes iPhones, Galaxys, BlackBerrys, Droids, and Lumias: all but the most loyal of Intel acolytes are manufacturing ARM-powered mobile devices. ARM’s portfolio extends beyond mobile processors to include graphics, wireless, and server chips along with physical design blueprints and software development tools. Simply put, if you want to build a mobile device of any kind, you’ll have to deal with ARM.

ARM is an intellectual property powerhouse

ARM’s product is information. The company spends its time and money on R&D, which it converts into successive generations of new mobile processor core and system designs. Its hardware partners would love to be able to build everything themselves, but ARM’s depth and breadth of expertise is such that it’s more efficient to license rather than compete with its technology. With more than 4,500 granted or pending patents, ARM is an intellectual property powerhouse — like a patent troll that isn’t actually trolling, it just develops smart production methods and designs and sells them.

An oft-cited aphorism from Tom Goodwin last year identified one of the prevailing trends of modern tech:

The “something interesting” is happening behind the scenes of the tech world too. ARM is another of these prospering companies whose profits keep improving even in the absence of any tangible, physical assets. It isn’t chasing consumers directly, but it’s just as much a trader in information as Facebook, Uber, and Airbnb are. Consumers recompense ARM via the intermediary of a hardware-manufacturing partner, but the core mechanics are still the same: obtain valuable information, secure your control over it, sell it to a willing purchaser, and profit.

Editor Team - February 26, 2020
LoRa Edge reduces the bill of material (BOM) costs of devices and design and procurement complexity said the company The company has made...

Editor Team - February 21, 2020
The solution will provide a mechanism for proactive credit default detection It will also prevent asset from being misused Aeris Communications has launched asset...

How The Internet of Things Will Revolutionize Manufacturing