Thanks to the world of mobiles, sleeker laptops, tablets and also us as users, the use cases of Wi-Fi and Bluetooth being simultaneous are becoming very common now. This interaction takes a look at the broad trends in the wireless space.
Rajiv Kapur, Managing Director, Broadcom India speaks with EFY. 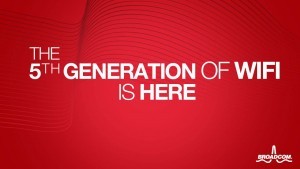 A Not only are these sleek devices becoming thinner and smaller, you can no longer take the radios, the RF of both, keep it separate and shield it from each other. Also, no longer are these being used one at a time – they are being used simultaneously. That means you are on a Bluetooth headset while you are also streaming something on Wi-Fi. What chip vendors like us have done to stay ahead is to integrate Wi-Fi and Bluetooth on the same silicon and invest in the RF side to make the co-existence simultaneous and non-interfering. While integration makes additional features cheaper, a key point remains that you only take what you need. The IoT application decides whether you need one or two or more connectivity solutions — your need depends on the use case.

Q What drives the adoption of near field communication (NFC) in the consumer electronics space?

A NFC was misunderstood in the early days to be a payments topic. Originally people used to think that NFC is for payments but there is another use case of NFC that may be more popular, which is called tap and share/ tap and pair. So consider the following: I take my phone and tap it on my TV, and this simple tapping helps pairing the two devices, instead of the complexity of the Bluetooth pairing. I’m still going to work with Bluetooth or Wi-Fi but if NFC could be the proximity connection which then leads to the Bluetooth connecting – the data transmission could still be Bluetooth based. So NFC is actually playing a big role in the consumer electronics space to enhance the experiences.

How is NFC technology shaping up for the automotive market?

The reason it is now playing a role in automotive is because of mobiles that are starting to adopt NFC – and we know the importance of mobiles and how convenient they are. Computers and mobiles have picked Wi-Fi and Bluetooth and are starting to pick NFC. But it is hard for other devices to ignore the fact that they will have to communicate with a mobile or a computer. They cannot change what is in the mobile or the computer. So, the de facto standard will be one of these three. And automotive is picking NFC because an automobile can have multiple people sitting in it and NFC is more convenient.

Q What are the exciting trends you see in connected cars?

A The most interesting thing going on in the car from my point of view is the whole universe of Ethernet that had previously been outside the car. There’s a lot happening based on Ethernet, which includes video surveillance, video conferencing, audio streaming and data movement etc. The automotive world had not touched the Ethernet world until now. The first vehicle on the streets in the world to use Ethernet in it was the BMW X6. And the whole purpose is to leverage the universe of Ethernet to now give better vehicles – for example the rear camera can be an Ethernet based camera. We actually invented how Ethernet can be distributed over thin cables. It’s a standard now but we invented it. Once the automobile industry got that invention which is now a standard, it is starting to adopt it. Now there are many more vehicles with Ethernet in them.

Q Any other emerging trends that you see in wireless communication Technology?

A There is a lot going on in the wireless space, and the trend today is that the technology has been simplified enough to make it implementable by everybody. For example, when Nike first came out with the shoe that has Bluetooth talking to your iPhone, they came to us because this was a use case implementation that required us to invest in making sure it works. We are constantly implementing improved solutions – sometimes in software and sometimes hardware – to keep evolving the use of that technology. IoT is a great example of that – we are pushing the Bluetooth and Wi-Fi standards and implementations to be IoT friendly; lower power, easier to use. Today, you don’t need to be a Wi-Fi expert to create a Wi-Fi solution. This wasn’t true even 5 years ago; you had to be an expert to touch a Wi-Fi chip. We have invested to simplify these technologies.

Q What is holding back the telecommunications tower technology in India?

A The mobile backhaul is one of the weaker links. You can throw more users at the base transceiver station (BTS) and upgrade the BTS accordingly so as to not hit any bottlenecks. In India 90% of the mobile towers are still wireless-connected. If you can wire connect it, the capacity is high, that is not the bottleneck anymore. But there is a limit to how much you can connect it with wire – fibre optic etc. The wireless capacity is one of the bottlenecks – it’s not the only bottleneck. We keep complaining about call drops, that is one of the resulting effects of bottlenecks. It depends on the implementation. So, higher capacity backhaul is needed.

“GRO” your Garden Plants With Internet Of Things