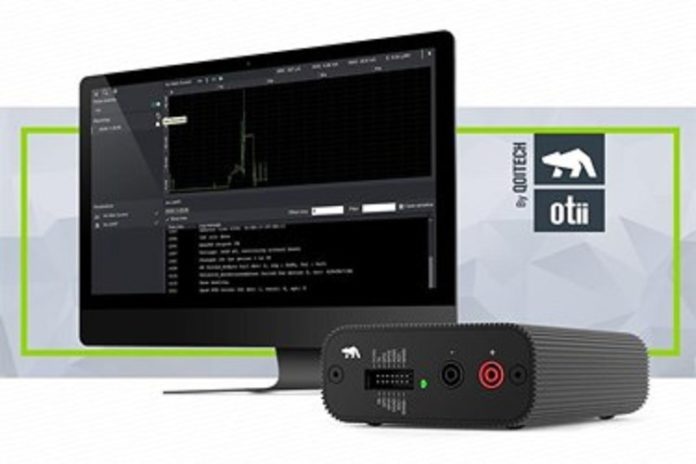 Extending the battery life of modern wearable Internet of Things (IoT) devices is essential for better user experience and reliability. Qoitech AB’s Massive IoT solution for e-health is a great example of how low-cost and power-efficient connectivity can enable mass adoption of Massive IoT and pave the way for a range of industrial and consumer IoT applications.

The demo shows that CoAP is superior to MQTT (Message Queuing Telemetry Transport) by allowing at least 20 percent better power performance (depending on the communicated amount of data) and thus increasing battery life in low-power devices.

According to the announcement, the demonstration concept uses Sony Mobile’s cloud-based service and is integrated with Ericsson’s IoT accelerator using LwM2M to simplify client-server communication and management for devices and sensor data, resulting in streamlined service enablement and application management that allows for zero-touch massive roll-out of IoT-devices and sensors.

Marie Hogan, Head of Broadband and IoT RAN, Ericsson, said: “A large, global ecosystem of partners is key to cater for different customer needs in IoT. Furthermore, end-to-end capabilities based on standardized solutions are crucial to enable scalable, competitive and efficient IoT services. This second-generation e-health demo with significantly improved power efficiency enabling long battery life on low-power devices is really encouraging for the IoT market. It enables mass adoption of Massive IoT and paves the way for a wide range of industrial and consumer IoT applications.”

“The first generation of this e-health concept was demonstrated at MWC Barcelona in February 2018, and we since then have demonstrated an incredible increase in battery life in this second generation prototype”, said Ilan Reingold, VP of Business Development and Marketing for Altair. “Designing ultra-low-power devices will enable new IoT use cases, and allow vendors to reduce device cost while improving the value to end-customers.”

“We are delighted to be a part of such a worthy demonstration platform with such partners,” said Vanja Samuelsson, Founder of Qoitech. “This concept showcases the importance of addressing energy optimization from more than one angle, especially for applications that potentially help save millions of lives. So being able to verify and assure its ultra-low power credentials is particularly rewarding to us.”

Diabetes monitoring is just one of many applications that can be showcased with the Sony Mobile cloud-based services and the wearable prototype used in this demonstration.

In combination with Altair’s dual-mode Cat-M1/NB-IoT ALT1250 chipset, which is certified by leading Tier-1 MNOs around the world, it enables diverse use cases as expected of Massive IoT. For each of these use cases, the Otii solution can be used to secure long battery life for the end user, the company said.

The Cat-M1/NB-IoT connected e-health concept platform for diabetes monitoring will be demonstrated at Ericsson booth in Los Angeles, September 12-14 2018.