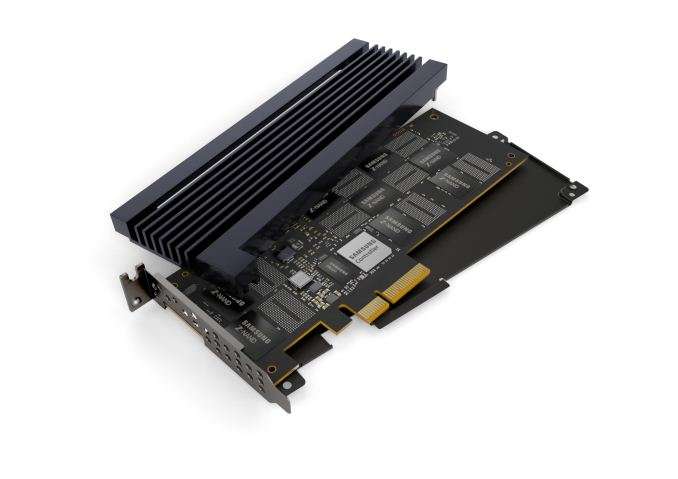 Samsung designed the Z-SSD, in competition with Intel and Micron’s 3D XPoint memory. The Z-SSD features the firm’s Z-NAND memory, which is a modified version of their 3D NAND flash memory technology.

The new SSD is a single port, four-lane Z-SSD, in contrast to the dual-port functionality of some new enterprise NVMe SSDs.

The Z-SSD also delivers a random write speed of up to170K IOPS.

Also noteworthy is that the 800GB Z-SSD guarantees up to 30 drive writes per day (DWPD) for five years, or a total of 42 petabytes. That translates into storing a total of about 8.4 million 5GB-equivalent full-HD movies during a five-year period.

The reliability of the new Z-SSD is further underscored by a mean time between failures (MTBF) of two million hours.

Samsung will introduce its new Z-SSD in 800GB and 240GB versions, as well as related technologies at ISSCC 2018 (International Solid-State Circuits Conference), which will be held February 11-15 in San Francisco.