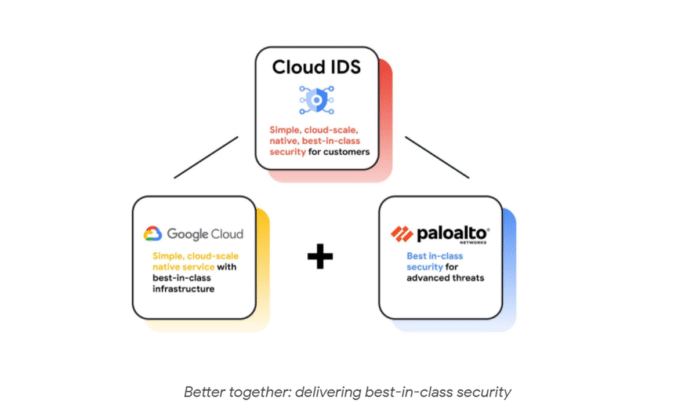 Cloud IDS is an intrusion detection built on Google Cloud infrastructure service that provides threat detection for intrusions, malware, spyware, and command-and-control attacks on the user’s network. It uses Palo Alto Network’s threat detection technologies based on next generation firewall, backed by its Unit 42 research team. The security vendor’s threat analysis engine updates the catalogue of threats and uses as an anomaly detection for unknown new threats.

Cloud IDS is simple to set up and deploy. In just a few clicks, user can deploy Cloud IDS and benefit from in-depth network threat detection. Customers can also leverage Cloud IDS to gain deep insight into network-based threats and support industry-specific compliance goals that call for the use of an intrusion detection system, Google noted in its blog.

Cloud security teams can now get granular application-level visibility of traffic within a VPC – between subnets, specific workload instances, or container pods – wherever inspection is required to secure applications and address compliance or regulatory requirements.

Additionally, the IDS is said to provide traffic visibility through Google Cloud’s Packet Mirroring. “With just a few clicks, customers can inspect traffic, get application level visibility and detect advanced threats. They don’t not worry about throughput, redirecting network traffic to the service. It is also done in a cloud native way as part of the no more workload,” says Sachin Gupta, general manager and vice president of product for IAAS, Google Cloud in a video statement.

Along with detection, the IDS priorities threats based on its severity levels ranging from critical to low.