Integrating GPS onto a wearable for animals is not new. Geo tagging and similar technologies are used by scientists/wildlife enthusiasts to study the movements of animals based on their location. Wagr focuses on monitoring a dog’s activities first, while GPS location tracking is just one of its many metrics leveraged for analytics.

The real differentiation came in when the system got incorporated with a 3-axis gyroscope and 3-axis accelerometer during its development phase more than a year ago. As gyroscope uses Earth’s gravity to help determine orientation, it gives orientation of movement of the pet dog. The accelerometer gives non-gravitational acceleration data whenever the dog walks or runs.

Analytics shows up patterns and dashboard primarily using inputs given by dog behaviourists and trainers, which are fed into the prebuilt evaluation measures in the database. The latter are updated every time a new behaviour or a subsequent change is seen by experts who know the dog’s psychology.

Mixing the above-said information with the analytics part in the background crunches data and analyses it against such parameters in real time. Apache Prediction IO is the tool of choice for the team; it is totally open source.

While dealing with analytical engines, challenges were encountered such as pushing and processing data to the analytics engine and trying to stream in data real time. It had to be based on data from animal movements and orientation, which is a time-consuming process. Once the prebuilt evaluation measure was set and data from wearables started flowing through priority based connectivity based on distance during the earlier days, the team tasted success.

The data now had to be represented in a meaningful yet interactive form, which the mobile application development team took care off. The application features a built-in map, a social networking platform, assistance services and a shopping cart. You can download this application and start syncing the wearable instantly, until the profile of the pet dog pops up on the smartphone screen saying “Hi.”

Wagr’s ecosystem has a photo-driven social platform that could be used to access dog-related services such as vets, food, supplies, accessories, boarding, grooming, dog walkers and dog sitters. The platform brings active communities of dog-parents closer.

Leveraging this sharing capability through social community groups built into the application, long-term goals that its founders had in mind of co-existing with these lovable creatures could be fulfilled. These include adoption/rehabilitation, training tips and even rescues, all in real time.

Wagr is available across India through registration on its website (www.wagr.in). Thanks to the IoT and the value chain it creates, young and innovative technology community is finding new ways to add value to everyone who shares our planet.

Shanosh Kumar is technology journalist at EFY. He is BCA from Bangalore University and MBA from Christ University, Bengaluru

Editor Team - February 17, 2020
This solution will be integrated with Ericsson Operations Engine It has been trialed with customers in Europe, Asia, Middle East, and Latin America Ericsson... 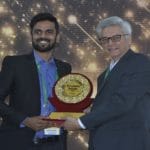 Editor Team - February 15, 2020
Nokia’s IMPACT platform will provide device management functionality as part of the WING solution GSMA states that the number of IoT connections will...

Editor Team - February 14, 2020
They will work accelerate the global deployment of Stanley Black and Decker’s connected equipment and services An example of such a project that...

No Customs Duty On Solar Cells And Modules: MNRE

APAC Internet of Things (IoT) to Reach a Market Size of...

Data Acquisition and Control with Yuktix