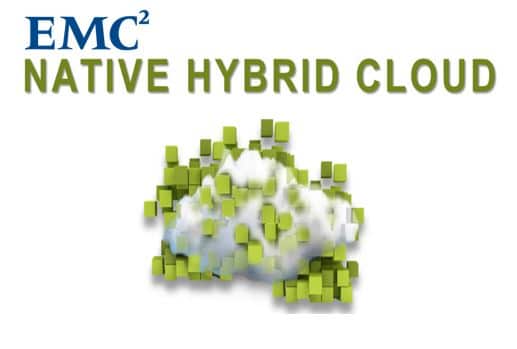 Bangalore, 06 SEPTEMBER, 2016: Cloud Native adoption is driven by a quest for continuous business innovation leveraging cloud-based services. Hallmarks of continuous innovation include application developers who are fully focused on business objectives rather than IT infrastructure, and IT operations staff who spend the bulk of their time on business priorities rather than keeping the lights on.

VxRack System with Neutrino, available stand alone or as part of EMC Native Hybrid Cloud (NHC), is a purpose built system specifically engineered to support the development and operation of cloud native apps running on platforms like OpenStack (available today) and VMware Photon (in the near future). VxRack Neutrino addresses “Do It Yourself” challenges with OpenStack initiatives such as delayed deployments, complexity of operation, and difficulty of achieving stability as highlighted in a recent OpenStack User Survey. With VxRack Neutrino, an OpenStack environment can be provisioned in a matter of minutes, with significantly simplified ongoing operations and upgrades.

NHC and VxRack Neutrino empower developers to rapidly build and iterate code in a fully turnkey Pivotal Cloud Foundry developer platform with a full complement of application services, while IT Operations retains full visibility and control of the environment.

India Market for Neutrino:
India is encouraging innovation at every sphere. The best example is Digital India campaign which is focused on IT innovation by considering development on “Open Source” technologies rather than buying licensed software’s.

The above initiative is so serious that the Ministry of Communication and Information Technology released a new policy in March 2015 that makes it mandatory for all e-government systems to be deployed on open source software.

The emphasis on open source by the Government of India is a reflection of this change of focus. IT is less about acquiring intellectual property via a license, and more about widely distributing the tools and adding value on top of it.

Not only the Government, but enterprises and Public sector entities across India are seriously considering Open Source, both from Innovation and Optimizing cost perspective. Use case extends from developing applications to high performance computing. Premier Education Institutions across the country use Open Source as means for development, this confirms that the future is Open Source, and the adoption is going to increase multifold in coming years.

The real challenge however was a stable infrastructure, which is scalable as well as completely manufactured, supported and managed by single vendor. Neutrino from EMC is the answer to all the above issues. With Neutrino we now have a ready product which can be leveraged not only for India Government initiatives but also for all enterprises and Education institutions considering Open Source, as platform of choice.

· An IT service giant in India deployed a NHC engineered solution built on VxRack Neutrino to provide its developers with a way to rapidly provision infrastructure on demand so as to respond to customer requests more quickly, avoiding the complexity associated with do-it-yourself OpenStack efforts.
· A major North American airline opted for NHC built on VxRack Neutrino to create an advanced DevOps environment that proved faster and vastly superior to alternative vendor implementations.
· An American retail giant plans to use VxRack Neutrino to move parts of its primary website back on-premises OpenStack based IaaS to reduce their costs for public-cloud and co-location.

With NHC and VxRack Neutrino, dedicated cloud native platforms from EMC are enterprise ready, easy to install, and future proofed.

Executive quotes
Ashish Nadkarni, IDC analyst
“EMC has done all the work to make OpenStack operate very much like any other enterprise-ready infrastructure solution”.

Rajesh Ramnani, Regional Director at VCE
“The VxRack Neutrino is a hyper-converged, cloud-native infrastructure that leverages open source software and contains compute, storage and networking resources. It was designed to enable rapid deployment and simplified management of a variety of cloud service offerings. To simplify management, VxRack Neutrino not only provides a fully tested hyper-converged solution but further provides multi-tenant capabilities, unified account management, automated service deployment, lifecycle management, and a rich set of reports. It is a turnkey, open source-based, platform that can be efficiently managed, provisioned, and monitored via the intuitive VxRack Neutrino management UI”

Editor Team - July 14, 2020
It will provide employers a platform to assess the availability of a skilled workforce and formulate their hiring plans ASEEM will also be...

Editor Team - July 13, 2020
The smart home and consumer electronics segment will see the highest growth during the forecast period The report said that North America will...

Editor Team - July 10, 2020
The financial terms of the acquisition were not disclosed IDC predicts that by 2025, AI-powered enterprises will see a 100 per cent increase...

Editor Team - July 10, 2020
The partnership will focus on advancing AI research in the areas of agriculture and smart cities along with language understanding The State Government...

Flexible Batteries To Create A $500 Million Market In 2030: IDTechEx

The Internet of Things: Let Us Face It, No One Likes...

The Security Of Things