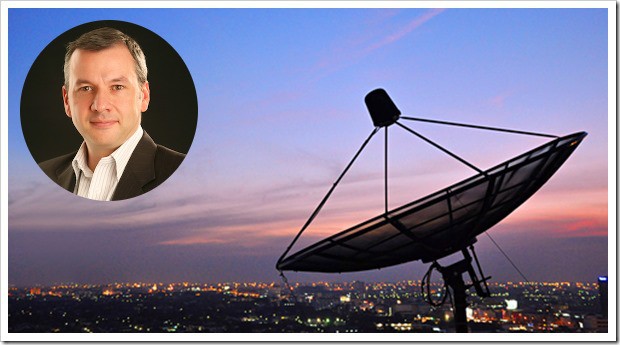 As infrastructure improvements to both mobile and broadband technologies continue, the global telecommunication sector continues its transformation process in the upcoming year as well. New revenue streams relating to the apps and services are generated continuously and are being pursued by the operators of these technologies. Throughout 2016, the industry has been focused on plotting the future of 5G. Whilst standards are yet to be defined, we have seen a number of operators and vendors moving aggressively to conduct trials of the technology, as they look to shape how it will be introduced to the market. Yet 4G has also continued to evolve, with LTE-Advanced Pro deploying new features such as higher levels of carrier aggregation and interference management, which provide faster data rates and better performance at the cell edges.

The key global trends impacting the telecoms sector in 2017 and beyond are:

Development in 5G technology: 5G is a very important area of development for telecom and wireless companies. 5G has been predicated as an enabler of next-generation IoT and M2M applications such as autonomous vehicles and virtual or augmented reality, which will need the low latency it promises. 5G will also be necessary to meet the ever-increasing demand for higher data rates and capacity. The new use cases that will be supported by 5G will depend on proving that new radio interface technologies can deliver the throughput, latency and capacity that will be required, and therefore validating the user experience for new applications will be a key consideration. New and sophisticated testing and validation techniques are already being developed for both the network infrastructure and the interoperability of the devices themselves. By adopting the ‘testing by design’ methodology, it is possible to build in quality and an understanding of system design and performance right from the start.

Operators accelerate the deployment of NB-IoT: In 2017, we will see major operators and standards bodies pushing forward with the commercialization of narrowband IoT (NB-IoT). This is a Low Power Wide Area (LPWA) technology that transmits data intermittently, enabling connected devices that use only a small amount of data to operate with low current consumption. This can greatly improve the battery life of IoT devices.

Compared to propriety LPWA technology such as LoRa and Sigfox which operate in the unlicensed spectrum, NB-IoT operates either in the LTE licensed spectrum or in re-farmed GSM spectrum. This means it uses only a narrow bandwidth, leading to spectral efficiency and allowing carriers to prioritize data-intensive internet services and applications. Testing will play a vital role in ensuring the delivery of a high quality service that operates effectively within LTE bands, while mitigating interference from other devices.

As a cellular-based standard, it is critical to ensure the ability of the network to cope with the huge number of additional devices, potentially exceeding that of current networks by an order of magnitude or more. NB-IoT devices can be flexibly deployed and scheduled within any legacy LTE system, sharing capacity and cell-site resources with other connected devices, and even using re-farmed GSM frequencies. This introduces new test challenges due to the diverse frequencies and the potential to interfere with other LTE traffic, as well as a proliferation of IoT device types with very different traffic and application profiles.

The cyber security war on IoT devices hits closer to home: In 2017, the number of DDoS attacks targeting IoT devices will increase, as hackers look to exploit service provider and business networks. The recent DDoS attack on DNS provider Dyn, driven by the MIRAI malware, was the world’s largest orchestrated hack via IoT devices. It brought down Twitter, Spotify and Reddit. However, next year will likely see an escalation of DDoS attacks, with hackers targeting higher risk services and institutions with far more severe consequences.

Imagine hospitals being cut off from internet-enabled life-saving devices, or power grids plunged into darkness, leaving towns and cities without access to crucial utilities like heating and electricity. Public transport systems could grind to a halt, and traffic light systems could stop working, causing havoc on roads. However, service providers and enterprises can put measures in place to prevent attacks of this scale. This can be achieved by implementing a modern security strategy which involves stress testing networks using the emulation of malware threats to identify weaknesses which would be targeted by cyber hackers. As a result, firms can protect themselves and their customers from IoT-driven threats.

High-end smartphones will enable an ecosystem of devices using WiGig: In 2017, we will see high-end smartphones incorporating WiGig technology – Wi-Fi in the 60GHz spectrum. This will create an ecosystem for short-range applications which can make use of this spectrum, allowing for developments and improvements in wireless video streaming, AR and VR, gaming, and networking applications. The 60GHz spectrum offers much wider bandwidth than the current 2.4GHz and 5GHz bands, which are becoming very congested. The technology allows devices to connect at speeds of up to 8Gbps, though these will typically be over a short distance as a 60GHz signal has a range of around 10 meters at this power level.

WiGig will also bring improvements to home entertainment, allowing media to be shared across devices – for example, streaming content from a smartphone to a TV, or music from a smartphone to a speaker – without the need for and hassle of multiple wires and connectors. Productivity at work could also be improved, as WiGig could enable sharing of resources between colleagues. In 2017 the number of WiGig enabled smartphones will increase as more device manufacturers look to leverage the technology.

Virtualization accelerates the ‘Lab-as-a-Service’ market: Virtualization has taken the telecoms industry by storm this year, enabling business to leverage the ability of host software solutions in the cloud. It enables companies to break free from the shackles of rigid hardware solutions, which are typically expensive and a scarce resource. Conversely, virtualized software solutions can be accessed from anywhere at a much cheaper price point, and also have the flexibility to be adapted based on the requirements of a business. These benefits will be reaped by network equipment providers and operators in 2017, particularly when it comes to testing their networks and solutions.

Virtual testing solutions will create demand for ‘Lab-as-as-Service’ solutions, where operators and NEMs can license testing solutions on a subscription basis, rather than paying for physical equipment. This can enable them to centrally manage and allocate their testing resources in a data center or cloud environment, testing services rapidly and cheaply, meaning developments can progress in parallel. It will also enable them to more frequently test their networks against cyber security threats, preventing potential damage to their businesses. We can expect some of the biggest operators in the world to move away from fixed lab environments and take advantage of emerging Lab-as-a-Service solutions as they look to reduce costs and centrally manage their resources.

Ways In Which Hackers Work