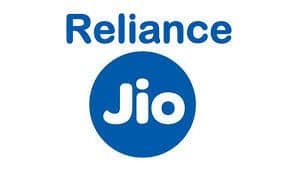 Mukesh Ambani-led Jio and Samsung takes their partnership to the next level. Together they have planned to deploy a nationwide cellular IoT network in India. Both the companies have agreed to extend their collaboration to bring LTE coverage to 99 per cent of Indian population.
The partnership was initially formed last year between Reliance Jio and Samsung at the 2018 Mobile World Congress. Now they have added a Internet of Things (IoT) flavor in their partnership. Together they will improve network capacity across the country.
Last month, i.e. in February 2018, Reliance and Samsung have just completed the establishment of commercial NB-IoT (narrowband internet of things). The aim is to roll out India’s first cellular IoT network with new use cases for both the consumer and enterprises such as vehicle tracking, smart appliances, smart metering, security, surveillance and more.
“Making sure that everyone benefits from mobile broadband that is both available and affordable to all is our top priority. We will once again partner with Samsung to offer a suite of innovative services for all users,” said Jyotindra Thacker, President of Reliance Jio Infocomm.
Reliance Jio feels that they have to create an entire ecosystem before the rollout. Rather than doing city-by-city launch, they will plan a pan India launch.
Moreover, Jio is hopeful of covering 99 per cent of country’s population by Diwali this year. At present the company has a user base of 160 million subscribers in India. We are deploying around 8,000 to 10,000 towers every month, Reliance Jio officials informed.
“We are delighted to contribute to Jio’s success story and rapid growth. We have been striving to offer the best experience possible to all users at Jio. Jio’s LTE network will unlock the potential of IoT and promise a much more convenient and safe environment for users,” said Youngky Kim, President and Head of Networks Business at Samsung Electronics.
NB-IoT is a Low Power Wide Area Network (LPWAN) radio technology standard which allows a wide range of devices and services to be connected using cellular telecommunications bands. The company has also deployed a dedicated cellular IoT virtualised core.