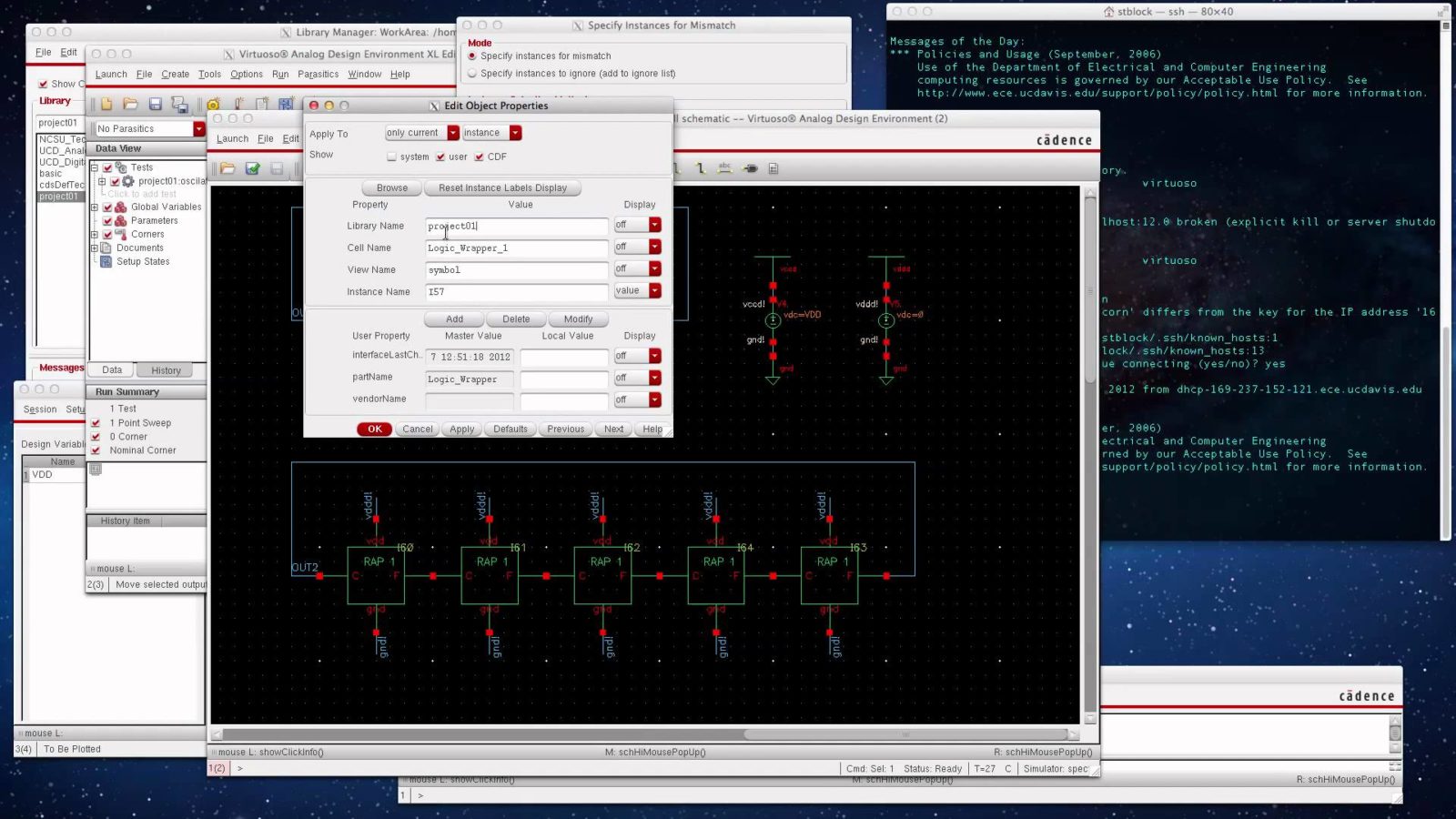 A brief about Next-Generation Virtuoso ADE.

With the delivery of the Cadence next-generation Virtuoso platform, the new Virtuoso Analog Design Environment (ADE) suite has been redesigned to be more task-specific for analog, custom and radio-frequency (RF) design and includes significant improvements in usability and performance. The main tenet of the new ADE is to provide analog designers with an integrated verification methodology that eliminates any guesswork related to the status of the overall design progress. Additionally, having a single dashboard that is a single repository for all of the design’s architectural specs linked to the individual tests is designed to confirm that those specs are being met and can reduce the risk of missing something being tested, because previously, it was being tracked outside of the Virtuoso framework.

What are the various applications and use cases in IoT Zone?

A What is becoming quite clear is regardless of the IoT application (health, automotive, security, etc), the key will be to test them for vulnerabilities. There is already strong agreement between the public, commercial enterprises and government agencies that if IoT is to advance past the “trinket” stage, there must be a level of trust between the consumer and the product operation. The ISO standards that are emerging across the IoT categories are endeavoring to build that trust by prescribing universal and uniform testing procedures for the devices.

How does Virtuoso ADE Verifier assist in improving IoT? What are the added capabilities?

A One of the key tenets of all of the ISO standards is traceability. The standards demand that to be officially certified, a vendor must be able to completely document its process, ensure that all the prescribed tests have been run and specifications have been met, document when tests were run and track which engineers worked on them, and so on. While this level of traceability has been available in the digital domain for some time (ie. Cadence’s Incisive vManager tool), it has been ad-hoc in the analog domain. Previously, information exchanges were typically contained in spreadsheets outside of the Virtuoso framework. As such, they required manual intervention to keep them up to date.

The new Virtuoso ADE Verifier brings a new level of integrated traceability to the analog world. Now customers can link together their highest level circuit specifications (ie power consumption) with all of the analog tests being developed and analyzed to guarantee the high-level specs are being met. There may situations where ten different blocks all need to be checked for the specification that is being developed by five different engineers. Now, within the Virtuoso ADE Verifier, customers can easily link the specs and all of the analog tests together. Customers can also tell when tests are updated, when there are failures or perhaps when certain tests aren’t running. They can now see these things in an integrated dashboard-style tool, so there is no more guesswork about who is doing what and when will it be done.

What are the multiple conditions and environments which would make the best use of  this platform?

A  Each IoT application will have its own unique set of requirements. For instance, let’s take medical devices. The ISO standards for medical devices show dozens of conditions that the device must “live under” to be signed off. Here is a medical example. There is a complete list of package integrity tests, detection and recovery from “failure” modes, thermal analysis (can’t have the patient burned). In essence, the trick is to not only test the device in the ways it is supposed to work, but you also have to test for modes that might happen due to errors that weren’t intended.

The ability to build these tests, track their status, experiment with the results and be able to confidently sign-off the device at the end, is where the Virtuoso ADE Verifier will be available to help our customers reach their certification levels quickly and accurately.

Security In Connected Cars Gets Into Gear With New Processors

Industrial Internet: If machines could fly…