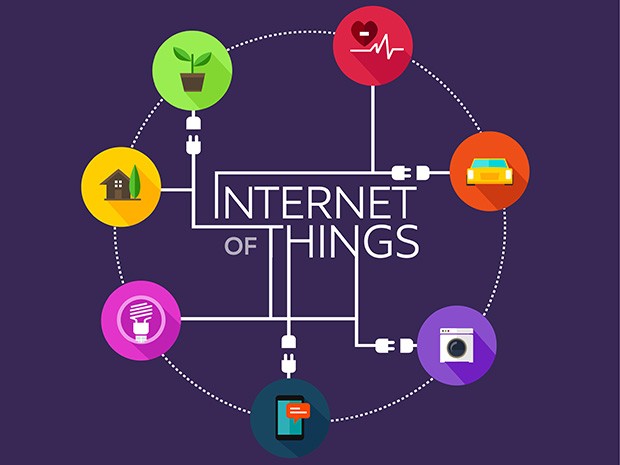 We’re entering the era of the Internet of Things (IoT) in which billions of devices will communicate with their users and each other to make the world work better—we hope. From 14 to 16 December, the second IEEE World Forum on Internet of Things (WF-IoT) will gather about 350 industry leaders, academics, entrepreneurs, government policymakers, and students in Milan to move those hopes closer to reality. Seven IEEE societies are sponsoring the conference.

The basic technologies are either emerging or already here. More than 2 billion people now carry sensor-crammed smartphones in their pockets (not to mention wristbands and other information-producing wearables), and the number of phone users alone is projected to exceed 6 billion within five years. Small sensors that harvest energy from body motion are in the works.

And the new Internet addressing scheme, Internet Protocol version 6, with 128-bit addresses rather than the current 32 bits, “will support enough unique addresses for everyone in the world to have more than a billion IP addresses for every second of their lives,” says IEEE Member Antonio Skarmeta, who chairs the forum’s technical program committee.

The problems of handling and analyzing the resulting data deluge are being addressed. All this, says Skarmeta, a professor of computer networks at the University of Murcia, in Spain, “will enable just about anything to connect and communicate with anything else in an intelligent way without the direct participation of humans, making decisions that can make the world a better place by reducing waste and costs.”

But humans must first make some decisions. This goes not just for the technologists who will make the IoT work but also for those who will produce and market its products as well as government agencies that must allot bandwidth and set up regulations for security, privacy, and data protection.

That’s why WF-IoT “will not only offer technical papers but also bring together many groups—academic, industrial, entrepreneurial, and engineering—to become a global forum on the IoT and its impact on the evolution of the Internet,” Skarmeta says.

“Unlike conferences where the IoT is discussed from such specialized points of view as communication technology or embedded systems, WF-IoT will be a comprehensive, synergistic forum where people can exchange ideas and knowledge about any aspect involving the opportunities and challenges of the IoT,” says IEEE Fellow Vincenzo Piuri, the forum’s general cochair. “WF-IoT is the only IoT conference covering all points of view.”

IEEE Fellow Vinton Cerf, vice president and chief Internet evangelist at Google and one of the so-called fathers of the Internet, will present a keynote on the IoT and the future of the Internet. Senior Member Ian Craddock, director of the University of Bristol’s Sensor Platform for Healthcare in a Residential Environment project, in the United Kingdom, will speak about how the IoT can contribute to health and wellness. And Fellow Mario Gerla of the University of California, Los Angeles, will discuss the IoT and motor vehicles.

This year, WF-IoT will supplement its technical coverage with an industrial track. Seven sessions will cover the IoT as it applies to such topics as smart cities, energy, health care, manufacturing, Internet service providers, big data, cloud computing, 5G communications, and standardization.

In two additional sessions, invited startups and spin-offs will be able to showcase their innovations to attendees, potential partners, and investors so as to get feedback, advice, and recommendations.

“The startup sessions will bring together established and emerging players in the IoT and give participants more insight on ways to innovate,” says IEEE Senior Member Oleg Logvinov, who chairs the forum’s business track. This is one of a series of IoT startup events IEEE is holding, either as stand-alone meetings or in conjunction with other events such as last year’s WF-IoT in March and next year’s Consumer Electronics Show in January.

An interview with Oleg Logvinov at the first WF-IoT held last year in Chicago about how IEEE is building an ecosystem to enable IoT technologies. Bridging the entrepreneurial and technical sides will be a hackathon, during which developers will compete during the conference to create utilities and applications. Development kits and tools will be provided to the participants.

About 150 papers will be presented, covering IoT-enabling technologies, applications and services, societal impacts, experimental results, and late-breaking developments. Special sessions will complement the regular program, focusing on such emerging topics as the IoT’s impact on security and privacy, e-health, and the military. There will also be workshops on automotive and security and privacy applications.

A so-called winter academy tutorial program will help students, Ph.D. candidates, and professionals augment their knowledge with hands-on projects and tutorials. “We want to help modernize the university curricula,” says IEEE Member Latif Ladid, the general chair of the conference. “Students love this kind of thing.”

Those who successfully complete the 8 to 10 tutorials and exams will receive European Credit Transfer System credit points for the coursework, which European universities accept toward the completion of a degree.

“The Internet of Things,” says Piuri, who is also vice president of IEEE Technical Activities, “will be a giant step forward, interconnecting everything, not only people and information systems but a huge variety of physical devices, from tiny sensors to smart-city infrastructures. It’s a complex, interdisciplinary field.

“The IoT’s pervasive nature poses challenges that need to be addressed from a technical, social, regulatory, and business point of view,” he continues. “With its strong program and broad audience, WF-IoT aims to do just that.”

MATRIX – The OS for the Connected Home