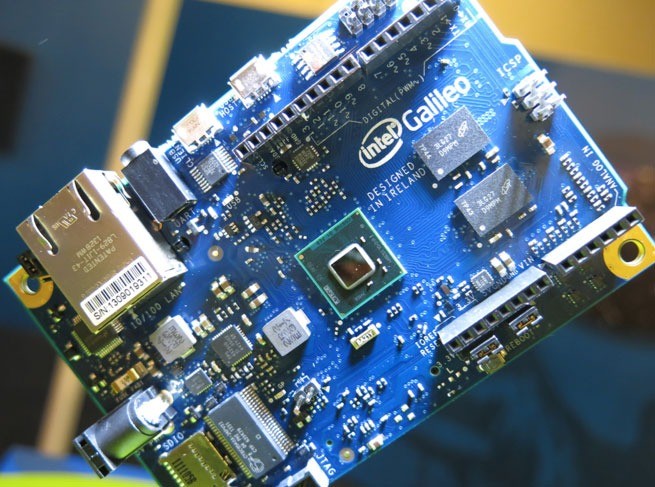 Today if you are a technology company, you can ignore anything but Internet of Things (IoT). It is clearly where the future lies. Thereby, companies are trying their best to tap into the technology, lest they are left behind in the race. To keep itself covered in this emerging IoT market, Microsoft is showing interest in working with the community of software developers and hardware hackers who are building stuff that will end up on the Internet.

In an attempt to expand its reach in the growing smart-devices and Internet-connected appliances market, Microsoft is shipping a pared-down version of Windows on an Intel Galileo development board. The unenclosed circuit board is a bit bigger than a credit card and can be used to make innovative electronics. It runs a ‘small version’ of Windows, which is compatible with Arduino software and hardware development platform.

It is clear that Microsoft has two clear agendas behind this move. Firstly, the development board will familiarise developers and engineers with the advantages of using Windows to build their devices and gadgets. Secondly, it is a move to reserve some market share for Microsoft in the emerging Internet of Things (IoT). For the uninitiated, IoT will take machine-to-machine communication to a different level. Anything and anyone with unique identifiers will have the ability to transfer data over a network without the need of human intervention.

Besides the established equipment manufacturers who have been working with Windows Embedded Compact for their devices, Microsoft wants them to know that its embedded OS can work for their IoT devices as well. In addition to that, Microsoft wants to tap the potential IoT device creators (so-called maker community) with this move.

At the Build conference this year, Microsoft had demonstrated Galileo and the experimental Microsoft software, embedded in a piano. It ran an app that was capable of playing a melody on the piano or store notes of a melody that someone played. It then communicated them to an Azure cloud service.

The boards will be shipped as part of the company’s Windows Developer Program for IoT. Mind you, not everyone applying for the board will be getting it as the company is carefully selecting the recipients of the board.

IoT- An Evolution from M2M and the Notion for Everything Connected