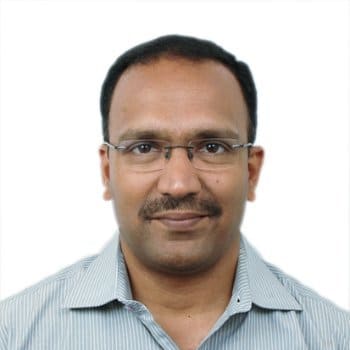 Jithu Niruthambath, director at Calixto Systems Pvt Ltd, will be addressing the audience on leveraging Wi-Fi for IoT projects, at Electronics Rocks ’13. Here is a sneak peak at the key takeaway points…

Wi-Fi is said to have become a de-facto thanks to its adoption by Starbucks and other leading coffee houses and brands. Do you think the IoT will give the standard another similar boost?

I will surely say that. Even more importantly, Wi-Fi as an IoT interface is getting a boost due to the widespread presence of Wi-Fi access points.  If you look, every office and most of the factories have Wi-Fi Access Points (AP) for office communication. This makes it easy to build an IoT solution with these existing APs.

In the recent past, smartphone operating systems like Android and iOS have also started supporting soft AP’s. This allows a lot of sensors/devices to connect to the world using Wi-Fi through smartphones. This also is boosting Wi-Fi’s acceptance.

What are the other alternatives to wireless communication between the IoT device and the Internet gateway/ smart phone? Of these, why is Wi-Fi preferable?

If you look at Internet gateways or APs, the only successful wireless interface is Wi-Fi.  Therefore if you are trying for any local monitoring/control, the only affordable option is Wi-Fi.  If you trying to do a sys tem around any other interface, it requires you to set up an infrastructure.

In the case of smartphone based connection, currently there are two interface options: BT and Wi-Fi. Among these, slowly Wi-Fi is getting more attention. But with Apple introducing BT4.0 in their phones, BLE is emerging as the leader.  If the data bandwidth needed is low, BLE will be cheaper and lower power than Wi-Fi or BT.

I feel that the successful wireless standards will be WI-Fi for interfaces with higher bandwidth and BLE for sensor and other low bandwidth interfaces.

Could you give some indicative figures comparing the adoption of Wi-Fi by IoT device makers as against other competing standards?

There is no doubt that Wi-Fi is the most successful interface used for Internet access. Every PC, laptop, tablet and smartphone in the world comes with a Wi-Fi Interface. But, it is still not that popular in embedded IoT devices. Cost of getting the Wi-Fi interface on micro-controllers and complexity were the reasons. But, in the recent times, we are getting Wi-Fi solutions like CC3xxx from TI. This has reduced complexity and cost of Wi-Fi enablement of embedded things. This is driving a lot IoT applications.

What are the other recent developments in the standard that promise a better future for it in the IoT era?

Most of the “Things” in the world are run by tiny microcontrollers. As I have mentioned in my previous answer, till recently there was no cost effective way to enable Wi-Fi interface on these controllers.  Now we have lot of Wi-Fi modules which can support even tiniest microcontrollers.  This is one reason for more uptake now.

Another important point is the availability of Wi-Fi AP’s in smartphones and tablets. This allows even more opportunity to develop accessories with Wi-Fi interfaces.

Wi-Fi Direct standard is also emerging now. With this, two Wi-Fi enabled devices will be able to talk to each other without an AP.

What will be the key takeaway for engineers and techies attending your talk at eRocks ‘13?

This talk will be a Segway to Wi-Fi as an IoT interface. I am wishing that a lot of engineers will look at Wi-Fi as their interface choice for some of the applications.

47 Per cent of IoT Problems Can Be Solved If We...