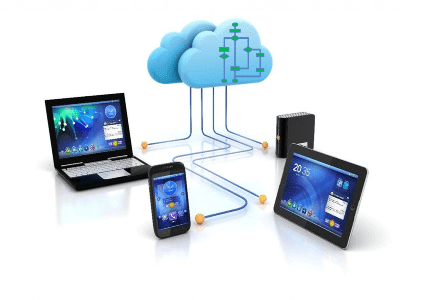 The Internet of Things (IoT) appears to be one of the hottest topics in the IT world today and seems to be significantly influencing the strategies and plans of companies in varied segments ranging from mobile and data centre to systems security. Here is a collation of some recent strategy-related announcements from industry leaders that shows how much companies are betting on the IoT. In fact, at major events including the International CES and Mobile World Congress, people seemed to be talking about little else

Intel Inside. For a long time, ARM has been (and continues to be) inside many a successful IoT devices, but

now Intel is gearing up for the race. In February this year, Intel revealed an extended portfolio of computing and communication assets, focussed on building the IoT. “The continued growth of the mobile ecosystem depends on solving tough computing challenges—unlocking data’s potential while securely and reliably connecting billions of devices with leading edge computing and communications technologies,” said Intel President Renee James at the Mobile World Congress.

“Today we are announcing leading communications products as well as new computing platforms. As a result, Intel is well positioned to shape the future of mobile computing and the Internet of Things.” Amongst the products on show at the event was Intel’s 2.13GHz Atom processor Z3480 for Android smartphones and tablets, a 22-nanometre Silvermont micro-architecture based 64-bit ready SoC with Intel’s new Integrated Sensor Solution, which efficiently manages sensor data to help devices remain smart and contextually-aware even in a low-power state.

Intel also spoke about its upcoming 64-bit processor Moorefield and stronger LTE-Advanced capabilities in upcoming products. Some weeks later, Intel also introduced the Intel Gateway Solutions for IoT, a family of platforms based on Intel Quark and Atom processors, along with McAfee and Wind River software, for companies to seamlessly weave industrial devices into an IoT-ready system of systems

McAfee, securing the IoT. According to IDC, the installed base of the Internet of Things will be around 212

billion ‘things’ globally by the end of 2020. Put differently, that is, approximately 27 things per person! While the myriad devices ranging from smartphones and mobile devices to industrial sensors provide a rich user experience and enhanced effectiveness, they also pose serious threats to privacy and security.

McAfee hopes to secure all these devices smoothly without hassling the users, while enabling them to perform effectively. Their strategy comprises several dimensions, including assurance that devices are operating as intended by the manufacturer and have not been corrupted; lifecycle security across the device, network and data centre; support for industry standards and device interoperability; ability to solve IT/cloud services challenges in connecting legacy and new systems to new and future services; and technology to assure individual privacy. McAfee is working closely with Intel and Wind River in achieving this goal.

development at Cisco mentioned that they see a $14.4 trillion business opportunity in the youth, with initial markets been manufacturing, government, energy and healthcare. The company is working with several partners in various verticals to tap these opportunities.

In the energy space, they are working with utilities, hoping to deploy as many as 10 million smart meters supporting Internet Protocol (IP) by the end of the year as against current figures of 2 billion smart meters in operation using 135 varied utility protocols. They are also working on migration strategies to smoothen deployment. On the tech front, Cisco has fit an IPv6 stack into a 40kB RAM. The company has also invested in Cohda Wireless, an 802.11p board vendor playing a key role in connecting cars. This and other Cisco-enabled products, such as Streetline, a parking management device, are examples of sensors that will create wondrous opportunities for Big Data players.

Microsoft, Internet of Your Things. Some time ago, Microsoft announced a Windows for IoT platform. But more exciting is the company’s acquisition of Azure Intelligent Systems, a key move towards making the IoT more accessible. According to a press statement by a company official, Microsoft is thinking about the Internet of your things and not the Internet of everything, meaning they wish to make the whole concept more user-friendly and accessible to users. How would Azure Intelligent Systems help? It is a solution for people to manage their entire IoT infrastructure from a single site. It is essentially a Cloud-based service designed to manage IoT devices, collect the data they produce and route it to useful tools, including their own Hadoop-based HD Insight, Office 365’s Power BI, as well as custom software from Microsoft partners.

Intelligent Systems is a cross-platform service that augments existing infrastructure investments. It connects to devices over IP, and lets you connect to any device, anywhere and get data off that device. Even Linux devices! That is what makes the acquisition critical to Microsoft’s IoT strategy. While Windows for IoT helps position Windows as a player in the IoT space, Intelligent Systems helps them span the whole market.

While embedded devices are one end of the IoT spectrum, Big Data infrastructure is the other and Oracle has a strategy for that too. The company designs ‘engineered systems’ that are pre-integrated to reduce the cost and complexity of IT infrastructures while increasing productivity and performance.

The author is a technically-qualified freelance writer, editor and hands-on mom based in Chennai

Would You Design A Hydrogen Fuel Cell Into Your Device?

LTE – A Continuing To Evolve Towards 5G