Telit, a global enabler of the Internet of Things (IoT), recently announced new deviceWISE developer kits for popular platforms in the IoT developer and maker communities. deviceWISE IoT developer kits can be used with TI LaunchPad, Raspberry Pi, Arduino and Android to name a few to create complete IoT solutions. These IoT developer kits include programming code libraries and comprehensive, step-by-step instructions to securely connect and integrate these platforms with the Cloud-based deviceWISE IoT Platform. This makes it easier for developers to exchange data between devices and web-based and mobile apps, manage data plans, perform remote firmware updates and execute all other essential IoT functions. 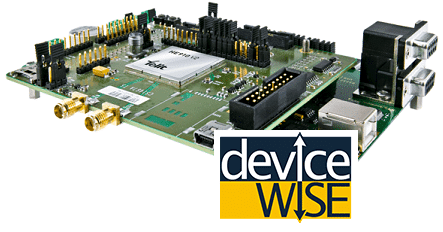 “Telit recognizes that the maker community is the creative and dynamic core of the IoT developer community that plays a critical role in accelerating broad adoption of the IoT. We offer extensive developer resources and support, hardware and software, developer kits and free trials to get started.” — John Keever, CTO Telit IoT Platforms

Developers are now able to download the deviceWISE Developer Kits and also access a free trial of the deviceWISE IoT Platform. Additional IoT developer kits will be added on demand and developers are encouraged to contribute their libraries for new platforms. Individuals and organizations can also accelerate their IoT projects by using the deviceWISE Asset Gateway, which features superior edge-intelligence logic and has already been embedded on a wide variety of full-featured industrial-grade IoT gateways from product partners.

STMicroelectronics speeds up the development of LPWAN-based products and systems

The Wearables and Implants of Internet Of Life