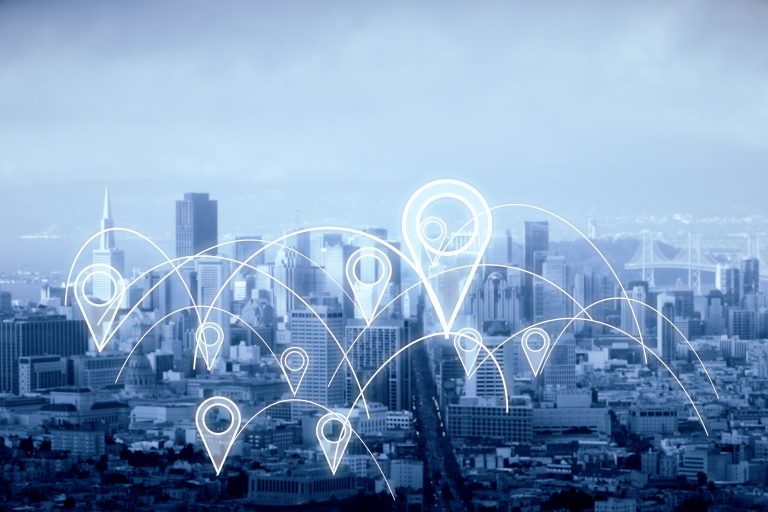 In the future,  there is a possibility of IoT merging with other new technology like blockchain. Remember, just a couple of years ago, when blockchain and cryptocurrency disrupted the FinTech world?

Technology continues to amaze everyone with all its constant changes and improvements. Nowadays, you have the Internet of Things, which can transfer data over a network between various devices. It’s a system that involves mechanical and digital machines, objects, people, or even animals.

So, it can be anything that can exchange data using embedded sensors. A few popular examples of IoT are Amazon Echo, Fitbit, and Smart Cities. Another real-life application is the M2M sim card, which can help you collect data for all your devices and can make connectivity and data sharing possible among different devices aside from data collection.

In the future,  there is a possibility of IoT merging with other new technology like blockchain. Remember, just a couple of years ago, when blockchain and cryptocurrency disrupted the FinTech world? Even until today, not everyone fully understands cryptocurrency, especially because the world has yet to pick up systems such as Bitcoin. A lot of people are not yet full aware how this new technology can improve our daily lives.

Bitcoin is an example of a cryptocurrency developed from blockchain technology. A simple way to explain cryptocurrency is that it’s a digital cash that can only change under specific conditions. It’s a medium of exchange, that is stored electronically in a blockchain. They can control monetary units and verify transfer of funds. However, you can’t redeem the digital cash for other commodities. It has no physical form, and is decentralized.

It runs on a P2P technology – each transaction is broadcasted to a network of peers. The request is validated using algorithms, which involves cryptocurrency, contracts, records or other information. After this step, a new block of data is created and added to an existing block chain, which can’t be changed anymore. This results in a complete transaction.

The merging of IoT and cryptocurrency is yet to be tested. Since both technologies are relatively new, there’s no concrete proof yet if they can be successfully combined. But, here are a few possibilities if and when a merge happens in the future.

Blockchain technology offers many benefits if IoT and cryptocurrency were to merge. There will be enhanced security. This is because there will be verification of the identity of the person or system who has access to the connected device. Transaction history will also help build a reputation system online. This kind of system is important for companies and manufacturers, as they can easily monitor or keep information secure.

A great advantage that could happen if IoT and blockchain are combined is that consumers will have an enhanced shopping experience due to verified and secure payment method when recording data. We all know how important everyone’s security, including our devices. However, for bigger scale and industrial systems, you may need centralized control.

Blockchain is a distributed computer filing system, which was developed in a way that data won’t be tampered with. You’ll have a secure process when recording data if it’s combined with machines in IoT. The power of blockchain will allow in-app purchases using IoT devices. Transactions can be made with tokens or cryptocurrency. This can be done because of the blockchain system or the distributed network of ledgers.

You’ll be happy to know that blockchain records are transparent. Anything that happens with blockchain is analyzed, and if something goes wrong, data leaks or any other problems, the records make it easier to solve any issues.

With the merging of IoT and cryptocurrency, human oversight will be avoided because of the machines that record any and all transactions. All access will be given to the machine, and no human will overwrite any of the records, preventing any mistakes or wrong information.

Another benefit is that blockchain can protect and automate transactions. It works by helping buyers and sellers share resources and services through a network of IoT. The peer-to-peer network makes this possible by verifying information without the need of a bank.

Also, an advantage of a cryptocurrency system is that it can be used to power IoT. For example, the invention of internet-connected washing machines is already a miracle. It can send messages using your WiFi to your Smartphone, to order refills of detergent. Cryptocurrency will allow you to do this, instead of having to hook up your internet-connected washing machine to a credit card.

In the future, the merging of cryptocurrency and IoT will soon be useful than what we already know of. IoT alone won’t be able to handle the data volume if it continues to increase. Blockchain will help in solving this problem because of its distribution nature. This is better than using a centralized data center. Blockchain data will duplicate across computers and devices that make up the network. It will reduce time spent on transactions and prevent any severe failures.

Over the coming years, IoT will continue to grow, and security will be an even bigger issue. Companies should consider combining IoT and blockchain strategies to offer better services and products. Blockchain and IoT are worth considering especially for businesses that need secure transactions.

A wider knowledge and a better understanding of blockchain and IoT are not only for businesses but also for the world of technology. Businesses will also gain more opportunities in the way they conduct and create models. These ideas are a few things that could possibly happen when the merge happens. It’s something to look forward to in the future and is worth learning more about.

Nina Pineda, is working as a consultant for PodM2M, which provides consultancy in M2M / IoT connectivity.

What is the Internet of Things? And why should you care?

The Leading Players of IoT