The futuristic Indian retail market will be integrated to the Internet of Things (IoT) and most logistics and hyper local deliveries will be optimised by this technology, says Mr. Krishna Prasad, Founder and CEO, Interaction One/Mobmerry. Regular merchants who held unorganised businesses are integrating with technology and achieving greater foot falls.

On the other hand, every shopper’s dream of knowing and availing offers on the specific product that he or she wants to buy gets fulfilled here. This welcomes us to Mobmerry; an interactive app created by the team from Interaction One who aim to transform the Indian retail, lifestyle and fine dining space using Bluetooth Low Energy (BLE) devices. 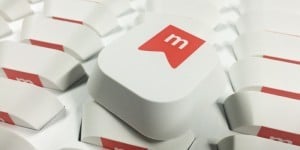 Mobmerry, a lifestyle and retail discovery platform is a product of Interaction One’s (IO) incubation lab. Interaction One is a Bangalore based start-up focused on innovation and building memorable mobile experiences. Krishna Prasad along with his team developed Mobmerry after preliminary research suggested there were gaps emerging between brick and mortar shops and online commerce websites. The Mobmerry app empowers retailers to have higher engagement with their consumers through real-time notifications of new products, deals, and discounts in the consumers’ immediate area. According to a report published by SAP, The Internet of Things (IoT) will generate US $329 billion of revenue in the retail sector by 2018. Retail is expected to be one of the biggest sectors benefitting from the rise of IoT. The Bluetooth Low Energy (BLE) applications and beacons would be the next in enhancement in future of retail sector.

BLE is often a very good choice of technology for IoT space. We have all felt the presence of BLE technology viz, our health monitoring devices and modern cars are prime examples. At the heart of the system there is this Bluetooth conversing with the other devices in proximity. The chip is powered by a lithium cell with an approximate life of about 2 years until replacement. BLE beacons runs on 2.4GHz radio spectrum as the Wi-Fi spectrum.

BLE communication consists primarily of “signals”, or small packets of data, broadcast at a regular interval by Beacons or other BLE enabled devices via radio waves. BLE signals is a one-way communication method where devices that want to be “discovered” can broadcast, or “Advertise” self-contained packets of data in set intervals. These packets are meant to be collected by smartphones and trigger things like push-messages, app-actions, and prompts. Apple’s iBeacon standard has an optimal broadcast interval of 100 ms. Standard BLE has a broadcast range of up to 100 meters, which make Beacons ideal for indoor location tracking and awareness.

iBeacons are here to do the talking on IoT Space 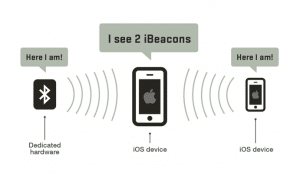 iBeacon is the name for Apple’s technology standard, which allows Mobile Apps (running on both iOS and Android devices) listen to signals from beacons in the real world and react to them. iBeacon technology allows mobile application to understand their position on a micro-local scale, and deliver hyper-contextual content to users based on location.
Mobmerry is the first to deploy over 300 beacons across Bangalore so far with plans to deploy over a 1,000 by the beginning of this year, making it the largest beacon deployment in India. This will make Bangalore the first city to be lit up and connected virtually. With over 40 stores on 100 feet road, Indiranagar signed on to the pilot, VR Mall Bengaluru as their next stop, and almost 35,000 downloads since the launch two months ago, Mobmerry is on its way to creating a significant connection and conversion between consumers and merchants.

How does iBeacon use BLE communication?

Apple has standardized the format for BLE Advertising. Under this an advertising packet consists of four main pieces of information.

First one is a UUID which is a 16 byte string used to differentiate a large group of related ibeacons. How this works is that a network of ibeacons across all retails shops would share the same UUID. This allows the Mobmerry app to know where the consumer is irrespective of which store ibeacon is located in a location.
Second one is “Major” which is a 2 byte string for distinguishing a smaller subset of ibeacons within the larger group. For example, if a famous Jeans store had four beacons in a particular mall, all four would have the same Major. This allows the retailer to know exactly which store its customer is in.
The third one is “Minor” which is a 2 byte string meant to identify individual beacons. A ibeacon at the front of the store will have its unique Minor and this allows the system to know exactly where the customer is in the store.
The forth one is called “Tx Power” which is used to determine proximity (distance) from the ibeacon. Tx power is the strength of the signal at exactly 1 meter from the device. The settings have to be calibrated and hardcoded in advance.
Devices can then use this as a baseline to give a rough distance estimate. In their average lifetime they broadcast continuously and furthermore the device spectrum can be classified into three basic ranges:
• Near
• Immediate
• far
With a specific range, a swarm of these I beacons acknowledge the presence of devices in proximity to each other. Observations have shown that even in a speeding car, user received notification within the time range of less than 3 seconds into their phone. Mobmerry also integrates this by creating a heat map of the presence of devices around. The heat map snapshots are used for analytics, footfalls and pattern study.

How is BLE different from Regular Bluetooth? 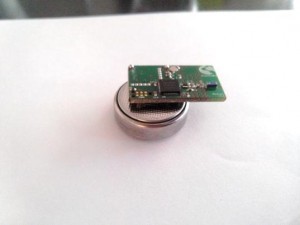 Future of Presence based BLE Technology

The potentials are limitless for Mobmerry, claims Krishna Prasad. These devices are resilient reliable and so tiny that they can fit in anywhere. With a wide range of usage, they can be installed as a tracking device for objects or people. They can be used on a smart governance platform for managing traffic, emergency response system during accidents. There are devices which are used for navigation by blind people.

The devices can be installed on walkways or malls and practically anywhere. Using a smart phone which has voice assist navigation; visually impaired persons can move around anywhere without hassles. Traffic details, violations etc can flow seamlessly in areas with limited or no internet. Presence sensing safety devices hence can gain a lot of market in coming days. Other potential applications include mobile payments and retail shopper analytics at airports, concert venues, theme parks, and more. The technology is already bringing in about a paradigm shift in the way brands communicate with consumers. Beacon provides a digital extension into the physical world and thus BLE’s and beacons could be the next era of presence based electronics and undoubtedly IoT.