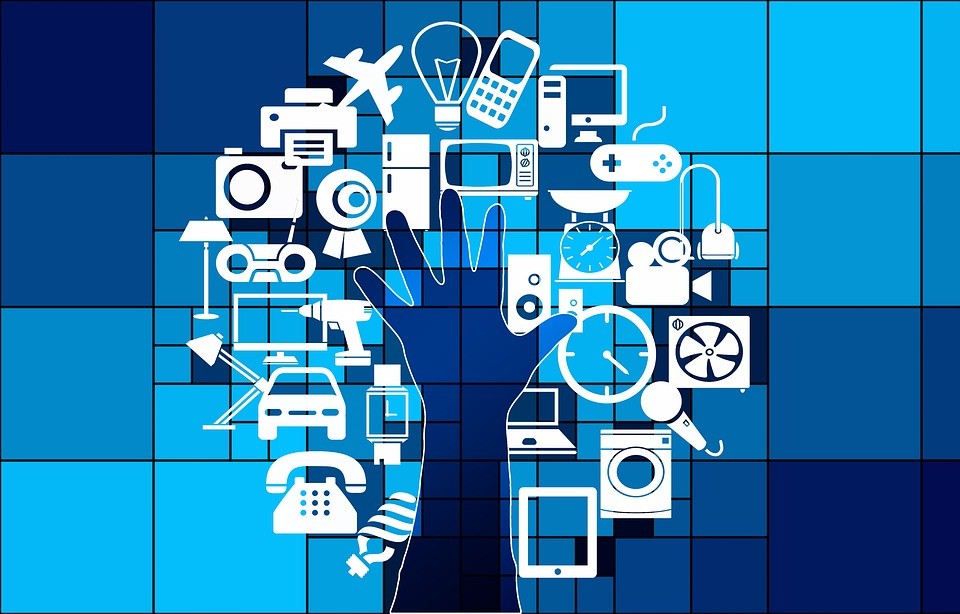 The next era of computing is the Internet of Things (IoT), also known as the Internet of Objects. IoT refers to the networked interconnection of everyday objects, which are equipped with ubiquitous intelligence. A recent report by McKinsey Global Institute reported that the number of connected machines has increased by 300 per cent over the last few years. By 2025, economic impact of the IoT is estimated to range from $2.7 trillion to $6.2 trillion. Wikibon predicts that the value created from the Internet will be about $1279 billion in 2020, growing annually at a rate of 14 per cent.

The International Telecommunication Union (ITU) defines the IoT as, “A global infrastructure for the information society, enabling advanced services by interconnecting (physical and virtual) things based on existing and evolving interoperable information and communication technologies.”

The scope of the IoT is increasing in diverse ways, as IoT-based solutions are extending to virtually all areas of everyday life, from smart homes to smart industrial production. And the evolution of Industry 4.0 has begun.

The term ‘Internet of Things’consists of two words: Internet and things. The latter refers to various IoT devices with unique identities, which are capable of remote sensing, actuating and live monitoring of certain kind of data. IoT devices are also enabled for live exchange of data with other connected devices and applications, either directly or indirectly, or collecting data from other devices, processing it and sending it to various servers. The other term‘Internet’ is defined as a global communication network connecting trillions of computers across the planet, enabling information sharing.

This layer transfers the data acquired by the object layer to the service management layer via secure channels. Data can be transferred using different technologies like 3G, 4G, GSM, UMTS, Wi-Fi, Bluetooth and ZigBee.

This layer enables IoT application programmers to work with heterogeneous objects, irrespective of the hardware platform.

This layer manages the overall IoT system’s activities and services. It is responsible for building the business model, graphs and flowcharts on the basis of data acquired at the application layer.

Institute of Electrical and Electronics Engineers (IEEE) and European Telecommunications Standards Institute (ETSI) have defined some of the most important protocols for the IoT. These are listed below.

Created by the IETF Constrained RESTful Environments (CoRE) working group, CoAP is an Internet application protocol for constrained devices. It is designed for use between devices on the same constrained network, between devices and general nodes on the Internet, and between devices on different constrained networks—both joined on the Internet. This protocol is especially designed for IoT systems based on HTTP protocols. CoAP makes use of the UDP protocol for lightweight implementation. It also makes use of RESTful architecture, which is very similar to the HTTP protocol. It is used within mobiles and social-network-based applications and eliminates ambiguity by using the HTTP get, post, put and delete methods. Apart from communicating IoT data, CoAP allows secure exchange of messages by using datagram transport layer security (DTLS) protocol.

Message queue telemetry transport (MQTT), a messaging protocol, was developed by Andy Stanford-Clark of IBM and Arlen Nipper of Arcom in 1999. It is mostly used for remote monitoring in the IoT. Its primary task is to acquire data from many devices and transport it to the IT infrastructure. MQTT connects devices and networks with applications and middleware. A hub-and-spoke architecture is natural for MQTT. All the devices connect to data concentrator servers like IBM’s new MessageSight appliance. MQTT protocols work on top of TCP to provide simple and reliable data streams.

MQTT protocol consists of three main components: subscriber, publisher and broker. The publisher generates the data and transmits the information to subscribers through the broker. The broker ensures security by cross-checking the authorisation of publishers and subscribers.

MQTT protocol is the preferred option for IoT-based devices, and is able to provide efficient information-routing functions to small, cheap, low-memory and power-consuming devices in vulnerable and low-bandwidth networks. 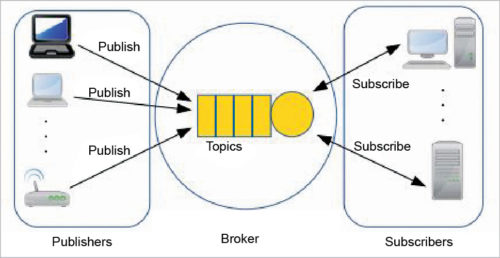