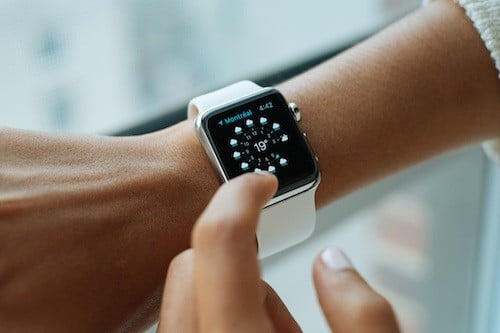 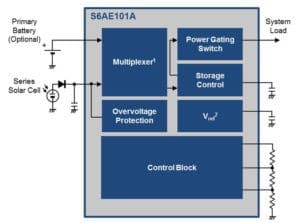 Buck converter – PMICs based on this topology are mainly used with series connected solar cells and piezoelectric generator that produce an output voltage that is generally much higher than the required supply voltage of the load.

Boost converter – This type of PMICs are mainly used with the thermoelectric generator or single solar cell. In these transducers, the output voltage is just a few volts. Moreover, at lower temperature gradients and lower illumination levels respectively, for a thermometric generator and solar cell, this voltage can be 0.5V or lower. So, a boost converter topology is used to bring this output to a level that can power system load.

Some of the PMICs come with an integrated full-wave rectifier that is essential for piezoelectric and electromagnetic generators that produce an AC output. It eliminates the need of external components for these types of transducers. Also, it is important to examine input and output voltage range, maximum input and output current, start-up voltage and quiescent current specifications.

Figure 3 shows the example of a solar + primary battery powered wireless sensor node. In most energy harvesting systems, though the system can deliver required average power, it may not meet peak power requirements and hence require special attention. It can be considered similar to designing a system to work with a coin cell battery. All methods explained in this series from Part 2 to Part6 are applicable on a system that uses energy harvesting.

For a reliable energy harvesting system, it is also important to calculate appropriate size of capacitor that can store required amount of charge to power the load. Application note Energy Calculation for Energy Harvesting can be referred to, in order to find out the method to calculate energy requirements and capacitor size.

Designing an IoT device using batteries imposes various challenges for system designers due to limited capacity and limited peak power that they can deliver. Other challenges come into the picture from end user perspective and they are higher running cost, battery replacement due to physical limitation and waste management. To address these challenges, the system must be optimised for average and peak current consumption. Various techniques suggested in this article series can help improve power optimisation in each Bluetooth Low Energy (BLE) state. Beyond that, various system resources like CPU, peripherals, clocks etc. must also be optimised for power consumption. Energy harvesting system can further increase battery life by offloading battery when a renewable energy source is available. An energy harvesting system reduces the number of time battery needs to be replaced during product’s life span and also, maintenance cost is reduced. Appropriate selection of energy harvesting device, energy storage device and power management IC are important to implement an IoT application with efficient and low-cost energy harvesting system.

47 Per cent of IoT Problems Can Be Solved If We...