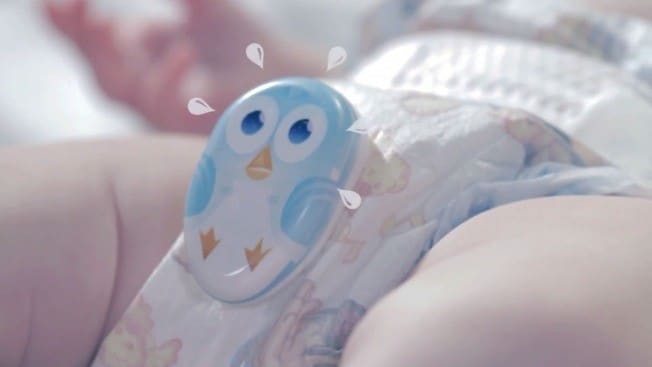 How often have you wished that your baby could tell you that she needs a diaper change? Well, now she can. Thanks to a sensor+ iPhone app combo called TweetPee introduced by Huggies, the device alerts the parents when a child’s diaper is wet.

The app comes with an owl-shaped plastic humidity sensor that detects humidity and immediately sends a tweet to parent’s mobile that baby needs a diaper change. Using it, parents will be able to keep a track of the number of diapers they have used on a daily basis as well as know when to order for more.

The sensor keeps an eye out for humidity in the diaper, and when it senses it, it connects to the internet and sends out a tweet to the mom or dad about the wet diaper. As soon as the tweet is received, the mom is expected to come swiftly to the rescue.

The news about this iPhone app was confirmed by company’s spokesperson in Brazil. He said TweetPee was actually a real product and is currently being tested with four parents in Brazil and the test pool will soon be expanded to ten families by July.

Connecting Machinery Through New IIoT Platform Is A Child’s Play