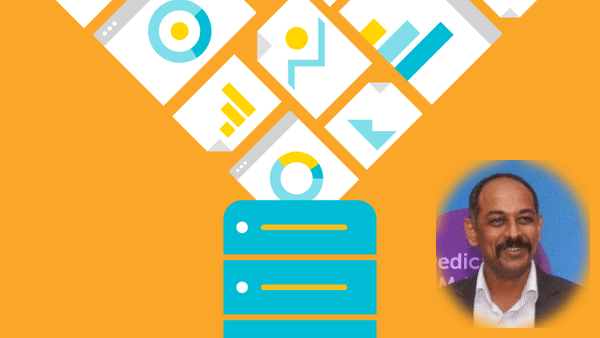 Gopal Govindharajan, Senior Sales Engineering Consultant – IoT, Dell India speaks with Shanosh Kumar from EFY about new adaptations in IoT technology that is making massive progression in the ways data processing and analytics were looked upon till now. They questions of why and how, get answered here.

Q. Why do Current IoT ecosystems rely on centralized models? Will it sustain?

A. The centralized model of data structuring or information convergence is based on the client server paradigm. This model of brokered communication is perfect owing to two factors; the existing level of devices and the large volume of information exchange in any network. Since solutions turn more complex when billions of connected devices transact and store several petabytes of data, this technology may transform into a sustainable model to withstand that levels of touch points and SLAs (Service Level Agreements).

An apt analogy would be to observe and analyse the history of computing. Much before the client server architecture evolved, the centralized Unix architecture was the best, and one of the promising technology at that point of time. With the advancements in technology, there has been a paradigm shift in the way computing was done and this paved the way for two and three tier architecture. There is also a possibility that this might undergo a massive transformation within a decade. Prominent factors facilitating this change could be the chaotic and unprecedented growth of IoT (Internet of Things) – devices, data, lack of a uniform platform for seamless interoperability etc.

With Edge level or perimeter analytics, the data centre or cloud is not bombarded with information. This signifies that the current level of centralized model can be sustained for some more time to come.

Q. Could you please explain the concept of Block chain in IoT? How do you think this could be implemented?

A. Blockchain is a digital ledger of transactions shared among the nodules of a network of computers with reliability hard-coded into the platform. This technology was first noticed in the Bitcoins which briefly gained popularity as a digital currency. Block Chain technology enables cryptographic validation of data and holds great promise to replace the existing centralized or client server paradigm. The technology matures to include hundreds of millions of devices and transact PBs of data over the network. In its infancy, in terms of IoT adoption, many technology experts and analysts feel that Block Chain will be the answer for not only securing the information, but also to authenticate the devices which transmit them.

The banking industry is amongst the early adopters of block chain technology. This is primarily due to the security and ease of operations offered. Currently, there are not many buyers for this technology due to the relatively lower number of transacting nodes in the network. According to analysts, there could be close to fifty billion devices communicating with each other in a few years. When the M2M (Machine To Machine) and HMI (Human Machine Interface) communications increase, the real potential of this technology will be very evident. There has also been increased traction due to the potential to transform key parts of our economy through new fraud-proof, crowd-sourced, and open trusted mechanisms. Financial institutions will break away from other industries as they welcome blockchains into their systems.

Q.  How can business benefit from such technologies? What other concepts exist in the market that we don’t know of?

A. Block chain is still at a nascent stage in terms of adoption for businesses. Despite numerous positive effects of this technology, there are a few downsides which make many enterprises cautious of this adoption. This is touted to be the most disruptive technology in the near future due to the following reasons:

• Secure and Transparent: The usage of distributed ledger technology and involvement of many stakeholders for each of the transactions ensures that this technology is devoid of any vulnerability for attacks. The system is secure and transparent since the data source is verified and authenticated before depositing it to the receiver. All nodes are aware of every transaction thus eliminating ambiguity. Cryptographic validation ensures every transaction is authenticated and documented

• Interoperability: The basic premise of this technology makes it essential to build a platform for all participating nodes to understand and transact. Adoption of this platform also leads to elimination of the trusted third party

• Speedy Transactions: The highly efficient and advanced system ensures the quick transfer of the data to the cloud/DC

We also believe that 2017 will see an increase in AI (Artificial Intelligence) being used to mine the data coming from IoT devices. According to Forrester, there will be a greater than 300% increase in investment in artificial intelligence in 2017 compared with 2016. As IoT gets distributed across the edge and cloud, the insights will be boosted by the use of AI and containers. AI has already been making a mark through aiding real-time decision-making. In AI’s future, developing more natural language capabilities will help to further realize the potential of a connected IoT world, as natural language-based data descriptions will provide a universal way to understand data among various types of devices.

This approach will not only break down the data silos among IoT types, but can also be expanded to allow humans to communicate with the IoT directly through voice or text. The expansion of AI will come with its challenges, especially in the workforce. According to Future Workforce Study, thirty-four per cent of Indian workers said their biggest concern about AI was that they’d become too reliant on AI to perform day-to-day tasks. Some companies are using the opportunity to retrain employees and teach them new skill sets. For example, data scientists will start training machines to go beyond reviewing large data pools for insights and answers – helping machines to develop the knowledge to read between the layers. Through the ability to communicate via spoken languages, AI will be able to interpret data differently, as it will be able to break it down more succinctly, identify and share nuances that wouldn’t otherwise be seen within a large swathe of information.

Q.  What drives security and privacy in IoT Business?

A. Security is a top concern for almost all customers considering implementing IoT. The CIO has to consider connecting thousands of devices sending and receiving data into the datacentre. An exponential increase in the number of connected devices introduces a large security risk. The enterprise is only as strong as the overlooked chink in the network. This leaves the entire organization vulnerable to threats, not only owing to infrastructure but also large volumes of data. Placing security first ensures that the data is secured and encrypted from the data centre or the cloud to the endpoint and everything in between. Following are some of the best practices for mitigating security threats:

Q. How is IoT contributing to Enterprise solutions and business?

A. IoT as we know it today has already been in existence for several decades now and we have only scratched the surface of realizing its full potential. Efforts are being channelized to surpass the technology frontiers in this ecosystem of connected smart devices, sensors and analytics platform. Some of the verticals that are rapidly embracing and leveraging from this revolutionary path are manufacturing and automation, healthcare, defence, retail, logistics, agriculture, smart cities and consumer.

• Manufacturing & Automation: We have always been striving to make manufacturing processes smarter and ensure optimal utilization of resources by reducing the CoGS (cost of goods sold). The endeavour has been on since the introduction of mechanical production facilities run by steam and water power in the late eighteenth century to the fully automated and cyber connected machines logging in their reports in the cloud. With the adoption of Industrial IoT at the shop floor, the tangible benefits have decreased, translating to increase efficiency and productivity. With preventive maintenance and predictive analysis technology coming in, reduced labour and maintenance top the cost optimization charts. The operators are empowered to make better decisions and the reports can be accessed anytime and anywhere

• Healthcare: Wearable technology has revolutionized the entire landscape of the HC sector, with IoT dominating a major share of their operations. The way patients are monitored, medicines are assimilated and doctor – patient relationships have evolved are largely dependent on the level of IoT adoption. In about five to ten years we can expect to witness the emergence of commercially available embedded clothes, pendants and other wearable that measure the body vitals non-invasively and transmit the details to the remote doctor at regular intervals for diagnosis. Remote healthcare services will soon become a multimillion dollar service offering by connecting specialists from across continents to patients on the other side

• Defence & Military : With the unmanned ariel vehicles (UAVs) and drones turning more powerful and intelligent, the amount of information and range is only getting broader and more complex

• Smart Cities: This covers a large spectrum of services associated within the city perimeter to revolutionize the city to be smarter and advanced. The sectors which have leveraged the adoption of the public utilities that are getting interconnected and becoming more citizens friendly are energy, transportation, healthcare and infrastructure. Each of these sectors can further be zeroed down to automating the bus /tram transports, multi-level public parking systems, street lighting, CCTV and surveillance systems, water monitoring, waste management, traffic congestion etc.

Managing your IT Enterprise in the cloud – Risk Factor or...