Connectivity is essential in any networked system. This may be wired or wireless in nature, each of which may be decided based upon what entire application warrants. If your application is very much distributed geographically, more than one type of connectivity may be used. Such as one could use WiFi or ZigBee for local network communication and use RS485 or RF links for long range communication.

The main job of this link is to transfer information gathered by end node and processed by processing node to the application software or could based service. Connectivity is always in duplex form which means it acts as to and fro channel for communication between application software and local hardware.

Some of the bluetooth, GSM or RF modules are readily available in marketplace while rest of the complex modules need to be built specifically depending upon the complexity of application.

Cloud based service or end-application is another end point in IoT system which is essential to reap true benefits of deployed end nodes.

It is typically a combination of middleware and software which is hosted on website, internet

servers or may also be hosted on local machines deployed at the central location of application users.

Most of the applications heavily rely and exploit cloud computing due to ubiquity of available services. Application node works as a service delivery point and performs user defined actions.

Users can easily modify and manipulate information available with this node and can apply various visualization methods for effective and attractive representation. Application can also auto-perform certain actions based upon data and rule sets which highly depends upon user requirements

All the software applications and cloud services are custom built for specific requirements and various tools could be used for making them. For example, a webservice could be built using Classic ASP, PHP or ASP.NET and similar scripting technologies. PC based software could be developed with VB or VC while mobile phone app as Android, Windows or iOS based applications developed using Eclipse or app-inventor like tools.

Now we know much more about IoT, what next?

Thus while working on any IoT project design, as a good design practice, one should divide the project work into these four critical blocks and design each of these separately by considering their characteristics. Once designed separately, they can be later combined and tuned to work together effectively.

While in the next article, we will learn more about a hands-on project to get going; there are a few things which you as designers should always remember…

The author is a senior technical correspondent at EFY.

“Always Amazed By Response I Get From IoTShow.in”

IoT Is A Great Fuel For Digital Transformation 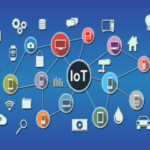 Ayushee Sharma - September 26, 2020
The goal is to create a scalable ecosystem for special processors for the Internet of Things The research project Scale4Edge aims to drive the development...

Editor Team - September 25, 2020
Kameshwari Rao's most recent role at the company was group vice president, people success, and after just two years in the position, she was...

The Next Industrial Revolution – Enabling Technologies