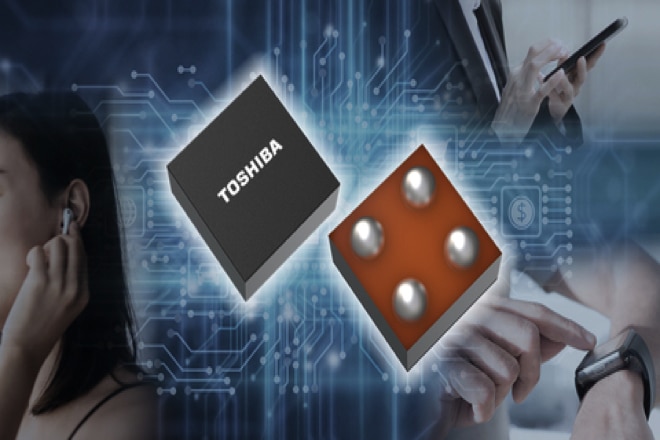 Toshiba has announced to have launched TCK12xBG Series of load switch ICs, claiming to provide decrease in quiescent current and an output current rating of 1A. Housed in a small WCSP4G package, the new ICs will support product developers in innovating a new generation of wearables and IoT devices that consume less power and offer a longer charge life, the company said.

According to Toshiba, the new series chips uses a new driver circuit, which realises a typical ON-state quiescent current of 0.08nA. This represents reduction from its current product, “TCK107AG,” a huge advance in efficiency that will allow wearables and IoT devices powered by small batteries to operate for significantly longer.

WCSP4G, a new package developed for the products, is about 34% smaller than that of TCK107AG, only 0.645×0.645mm, which allows mounting on small boards. Its back coating can reduce the damage that can happen to such a minute chip in the mounting process.

The ICs are expected to find applications in wearables, IoT devices, smartphones and also in places where the replacement of load switch circuits formed by discrete semiconductors such as MOSFETs, transistors are used.