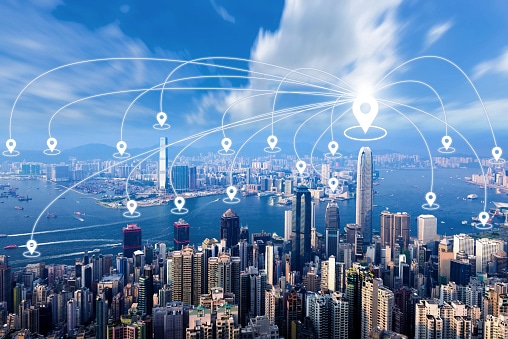 By utilising so-called energy harvesters, such as solar cells and radio-frequency (RF) energy harvesters, among other technologies, wirelessly powered sensor nodes could contribute to the development of a sustainable IoT. These power sources may be enabled by large-area electronics.

The internet of things (IoT) may become more economically and environmentally sustainable as a result of new thin-film device technologies that rely on alternative semiconductor materials like printable organics, nanocarbon allotropes, and metal oxides, according to research by an international team led by KAUST. Their research has been published in the Nature Electronics journal.

Many businesses and daily life are expected to be significantly impacted by the IoT. It links and enables the interchange of data between a large number of smart items of different sizes and shapes, including temperature-controlled factory equipment, self-driving automobiles with sensors that detect obstructions on the road, and remote-controlled home security systems.

By the end of the next ten years, this expanding hypernetwork is expected to have trillions of devices, which will increase the number of sensor nodes that are installed on its platforms.

Battery technology is now utilised to power sensor nodes, however replacing batteries on a regular basis is expensive and eventually hazardous to the environment. Additionally, it’s possible that the existing worldwide production of lithium for battery materials won’t be able to meet the rising energy needs caused by the expanding number of sensors.

Due to substantial advancements in solution-based processing, which have made it simpler to print devices and circuits on flexible, large-area substrates, large-area electronics have lately become a compelling alternative to traditional silicon-based technology. They are more environmentally friendly than their silicon-based equivalents since they can be made at low temperatures and on biodegradable materials like paper. In order to demonstrate the full potential of these low-power devices, the team is looking into their monolithic integration with antenna and sensors, Loganathan continues.