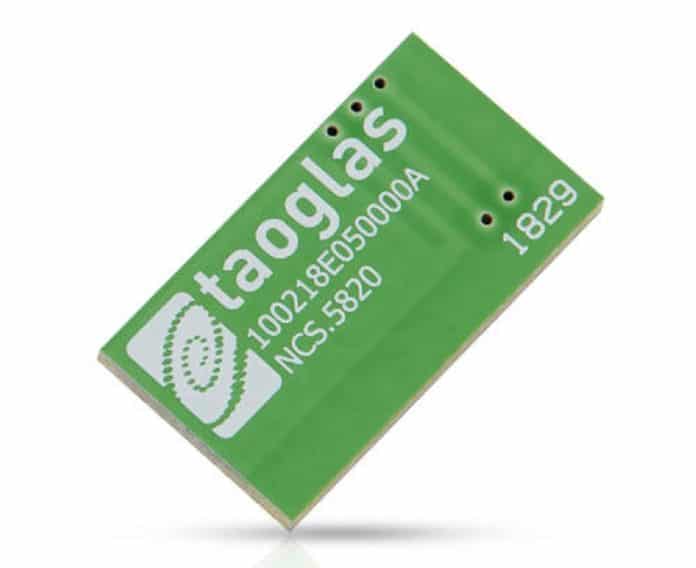 Service providers around the world are rolling out Narrowband IoT (NB-IoT) network upgrades to support the growing demand to connect IoT devices to support a variety of applications, ranging from bicycle tracking and parking in urban environments to water management to smart metering in remote locations. NB-IoT delivers a wealth of benefits to end users, including low-date-rate transmission, low-power to extend battery life, extended coverage in challenging environments, proven LTE-based security mechanisms, and the ability to support a massive number of connections.

Antenna provider Taoglas has unveiled three new antennas in its Extensis range of NB-IoT antennas that offer incredibly low profiles and small footprints along with multiband capabilities making them an ideal choice for device designers who need to shrink their devices without sacrificing performance. Having access to three bands on one antenna also allows global deployments.

The three new NB-IoT antennas include what is claimed as the world’s smallest ceramic NB-IoT antenna that covers Bands 5, 8 and 20 simultaneously with a single matching configuration, and an ultra-thin, flexible multiband antenna that supports all LTE bands—including the new Band 71 that will be used for NB-IoT in the U.S.

Another Extensis antenna, the NCS.5820, is a surface-mount onboard antenna that also supports Bands 5, 8 and 20. Its low-profile (1.6mm) and small footprint (11mm x 20mm) allows the NCS.5820 to be integrated into even the smallest of IoT devices.

The third antenna in the Extensis range is the patent-pending FXUB64 flexible ultrawideband antenna, which has been designed for all working frequencies in the 600-3000 MHz spectrum, covering all Cellular, 2.4GHz Wi-Fi, ISM and AGPS, including LTE Band 71.

The ultra-thin (130mm x 20mm x 30*0.2mm) polymer antenna is claimed as the world’s first to include LTE Band 71 in an off-the-shelf cellular antenna product. The antenna is compliant to T-Mobile’s new 600MHz over-the-air (OTA) requirements when properly integrated into the customer’s device.